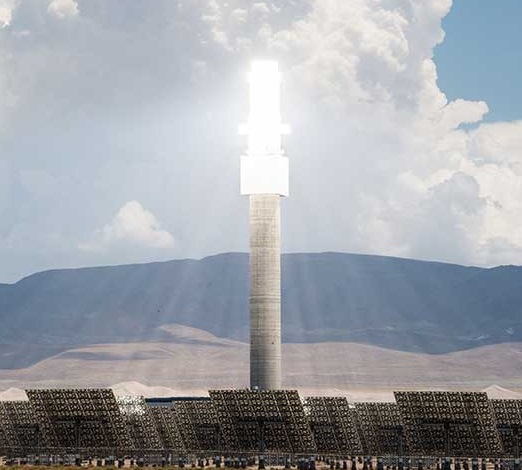 The report sets out recommendations to improve the performance and reliability of CSP tower and trough plants, using feedback from 80% of global CSP capacity.

Many of the problems faced by CSP operators related to the incorrect implementation of designs and operations, rather than technology gaps, but certain designs could be improved, NREL said.

The reliability of less mature tower systems, most of which are now incorporating modern salt storage, is currently less demonstrated, it said. The failure of the Crescent Dunes plant in Nevada, the world's first CSP tower with molten salt storage, dented investor confidence. Tower operators participating in the study reported challenges with salt storage systems, as well as valves and receivers.

The report recommends a greater focus on the impact of transient conditions on the plant, such as intermittent solar resources and rapid ramp up or shut down requirements.

Most technology issues can be resolved by appropriate component selection by experienced CSP engineers and careful attention should be paid to heliostat quality, the report said.

Engineering procurement construction (EPC) companies must implement rigorous quality assurance throughout the installation of the plant, particularly on key systems such as heat exchangers, turbines and pumps, it said.

EPC groups must also place greater focus on control systems and automation when installing the plant, and plant owners should hire an experienced engineer to support them during all phases of the project, alongside an independent engineer. Plant owners should integrate experienced O&M teams early in the installation process to ensure the plant is optimized for operations, NREL said.

"Many participants recommend that the O&M company operates the plant under the supervision of the EPC during commissioning," it said.

Project developers must ensure the selected EPC has sufficient expertise and resources to build CSP plants as some EPC groups have struggled with cost, schedule and performance under fixed-price, full wrap contracts, the report said.

"We went in thinking this would be about technology, but literally over half of the issues identified were about implementation—how to do it right, the structure of the project, the relationship of the parties, and having a clear definition of what the projects are trying to achieve," NREL said.

"None of [the issues] are insurmountable...Based on our findings, the authors are confident that future tower and trough plants can be built on time and within budget and will perform as expected," it said.

Cerro Dominador 1 has now been registered for the Verified Carbon Standard (VCS) program, under an agreement with South Pole, a carbon credit broker, the companies said in a joint statement.

Spanish groups Abengoa and Acciona are building Cerro Dominador 1 under a turnkey contract.

Back in 2014, the Chilean government awarded the project a 15-year power purchase agreement (PPA) at a price of $114/MWh. In 2016, the project suffered a two-year stoppage when original co-owner Abengoa underwent financial restructuring.

Last December, Cerro Dominador secured a five-year power purchase agreement (PPA) with Chilean fuel distributor Copec. Since then, the developer has been working to sign further PPAs, a task made harder by COVID-19.

Across the world, stay-at-home orders have sliced power demand. In Chile, energy-intensive industries such as mining are adapting to the longer term economic impact of COVID-19.

The Chilean Chamber of Construction (CChC) forecast investment in construction projects could fall 10.5% this year, following the COVID-19 outbreak and widespread social unrest in Chile in Q4 2019, sparked by a rising cost of living.