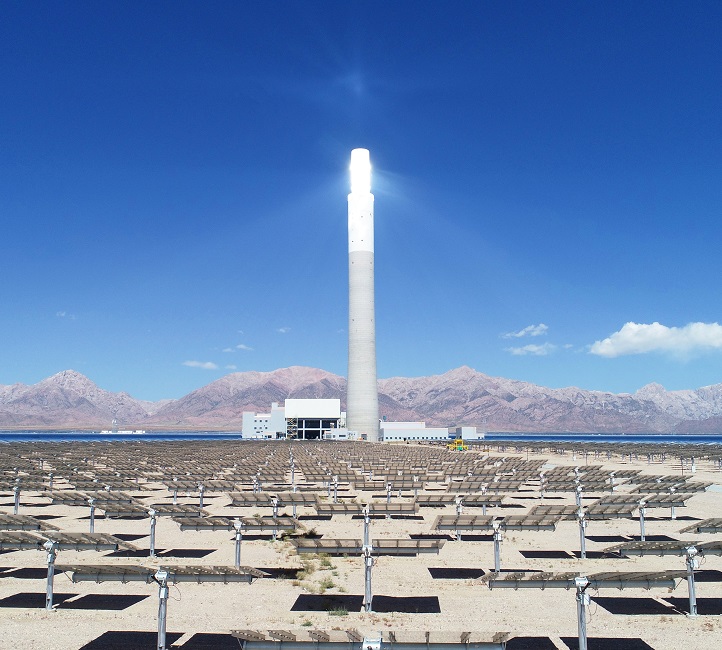 The report sets out a number of key learnings across project management, plant design, and operations.

A key area of concern for CSP investors is the efficiency and reliability of higher temperature CSP towers, which use molten salt systems to provide low-cost energy storage. Developers are keen to move on from major performance issues seen at Crescent Dunes, the world's first large-scale CSP tower with storage, which dented investor confidence.

Higher temperatures used in CSP tower designs have increased the importance of temperature fluctuations which can reduce efficiency and degrade components. In particular, 'transient' plant conditions caused by intermittent sunshine or rapid start-up and shutdown requirements are a key risk for operators, NREL said in its report.

Operators must place a greater focus on transient risks during the design and operations phase of CSP development to avoid component damage and output losses, experts told New Energy Update.

Learnings on these transient risks are spurring improvements in salt tank structures and future plant designs could be further modifed to increase efficiency, experts said.

The failure of SolarReserve's 110 MW Crescent Dunes tower plant in Nevada highlighted the impact of high-temperature transfer fluids on system structures. Crescent Dunes was brought online in October 2015 but the plant consistently missed performance objectives, leading to the closure of the plant. Issues included an eight-month shut down due to a leak in the molten salt storage system. Noor 3 has shown encouraging performance levels, generating over 200 GWh in the first six months of operations. The plant was taken offline for some unplanned issues in this period, mainly due to construction issues rather than technology faults, ACWA Power said in a presentation in 2019.

A deep understanding of salt behaviour and local ground characteristics, and a particular attention to welding of base plates, was required, he said.

"The key for success here is to make a design that can accommodate the huge weight of the tank with salts at 565ºC without transferring excessive stresses to the foundation and, at the same time, follow the right procedures during construction, commissioning and operation," Relloso said.

Proper design and controls can limit the impact of transient conditions but the design of hot and cold storage tanks, and heat exchangers, could be improved, Bruce Kelly, a senior engineer at Solar Dynamics and co-author of NREL's best practices report, told New Energy Update.

The solid lubricants between the tank floor and the foundation could also be improved to control local stresses in the floor due to incomplete mixing, he said.

Heat exchangers should be built through all welded construction techniques, such as header/coil, or internal bore welding, to avoid problems in the connections between the tubes and the tubesheets, Kelly said.

Only a "limited number" of commercial projects have used all-welded steam generator construction to date, he said.

"Accurate flow control with split range valves protects expensive equipment, such as heat exchangers, from large transients during start-up and shutdown. The improvement in the life of the heat exchangers more than offsets the marginal cost of the second valve," Kelly said.

For optimal efficiency, receivers are designed to operate at 565 C. To prevent the receiver from overheating due to a sudden increase in solar radiation, outlet temperatures for the heat transfer fluid are typically lowered to around 520 C-540 C. Lower temperatures reduce the efficiency of the power block.

"Ideally, the plant would be designed not on the theoretical receiver outlet temperature of 565 C, but at some lower temperature (say, 540 C) that reflects the long term, annual average salt temperatures in the hot tank," Kelly said.

At morning start-up, preheating, filling and venting the receiver can take up to 45 minutes. If solar radiation varies shortly after sunrise, the start-up process is extended, reducing the daily operating hours, Kelly said.

SENER used learnings at the Gemasolar plant to create a faster ramp up phase at Noor 3, Relloso said.

During the spring and summer, Noor 3 is required to stop operating at midnight and start up again in the morning.

"This adds one start-up per day in this period of the year, which has to be considered both at plant design and operation," he said.

SENER has developed a performance simulation tool which takes into account all types of transient conditions, including cloud cover, receiver start-up and shutdown, turbine start-up and shutdown and grid instructions. The system uses sensors to feed analytics and achieve higher levels of efficiency, Relloso said.

"Training on risks to the equipment due to thermal transients, in combination with permissiveness in the [distributed control system] logic, will translate directly to significant improvements in the low cycle fatigue life of the storage tanks and the steam generators," he said.

As installed tower capacity grows, performance modelling must incorporate the latest learnings on transient conditions to avoid overestimation of output.

"As a minimum, the financial community will start to insist on realistic performance projections," he said.

"Once the magnitude of the transient effects are understood, improved equipment designs (such as storage tank distribution piping) and revised process controls (such as split range flow control) can be put into place to properly protect the equipment from high stress conditions," he said.

"The keys to long plant life are equipment designs geared toward daily start-up and shutdowns, and comprehensive operator training. The latter is at least as important as the former," he said.

Wider implementation of best practices and successful operations at Noor 3 in the coming years should help boost investor confidence in tower technology and distance the sector from Crescent Dunes.

SENER is confident it has minimized the risks of transient conditions in its plant designs and has moved onto new areas of improvement, Relloso said.

Key projects for SENER include reducing the cost of the solar field, greater plant digitalization and efficiency savings in hybrid plant designs that integrate PV, battery storage or hydrogen production, he said.