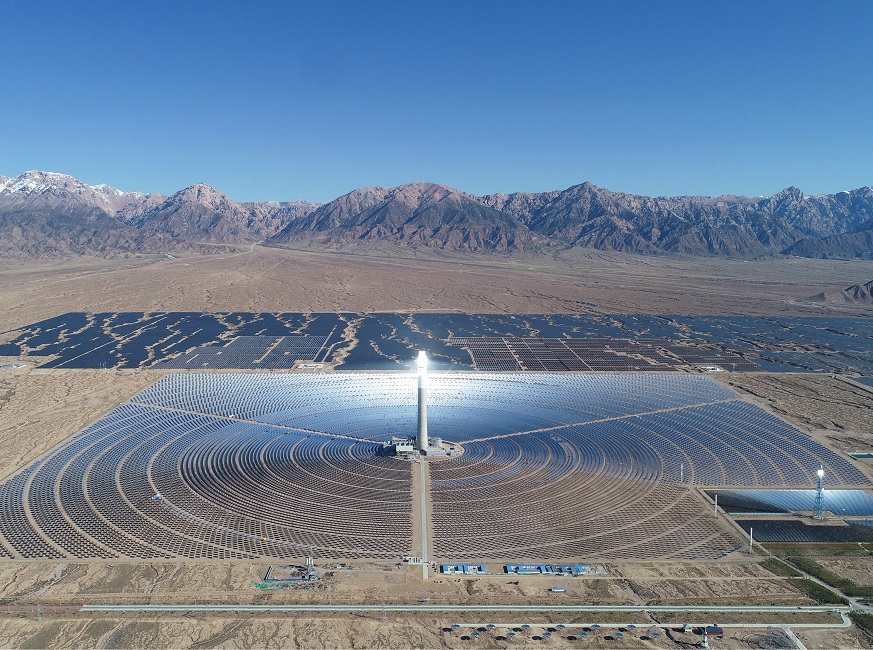 One of the first large-scale tower projects in China, Delingha includes seven hours of thermal energy storage (TES) and is located at an altitude of 3,017 meters, next to a Supcon 10 MW pilot project.

Supcon developed the 50 MW plant and supplied the main technology and engineering procurement construction (EPC) services. Despite harsh weather conditions, the plant was built in a record time of 18 months. The plant reached full load in April 2019 and started commercial operations in September.

Supcon believes it can achieve an average fulfilment rate at Delingha above 100% for the first year, Jianxiang said, far greater than the typical rates of 70 to 80% set out in global EPC contracts.

These gains bode well for the 50 MW Minos CSP tower project in Greece, in which Supcon will supply technology and EPC services.

Due to its location, the Delingha plant must withstand huge temperature variations, sandstorms and frequent cloud coverage.

Clouds stopped operations for 24 days in the first six months of commercial operations while there were no shutdowns due to equipment failure, Supcon said.

Supcon used learnings from its pilot plant, online since 2013, to select and optimize equipment.

Some 95% of the plant equipment is sourced from China which helps to reduce capital costs and maintenance times.

"After-sale service will have a decisive impact on performance,” Jianxiang said. “Domestic suppliers can solve product issues within one week, whereas foreign suppliers need two, even four weeks to deliver the service.”

Supcon has also integrated the latest automated technology at Delingha to improve performance.

The heliostat field is fully-automated, using machine vision technology and advanced algorithms to detect heliostat deviation and feed auto-calibration systems. Misalignment of heliostats can severely impact performance and becomes more significant for larger CSP plants due to the greater distances between heliostat and CSP tower.

In addition, an automated vehicle is used to clean the heliostats, boosting efficiency and reducing cleaning costs.

Cloud coverage remains a key operational risk for Delingha, as shown in the early outages.

The plant can provide stable electricity during a short cloudy period, but "sudden and unexpected" clouds can impact operation and lead to system shut-down, Jianxiang said.