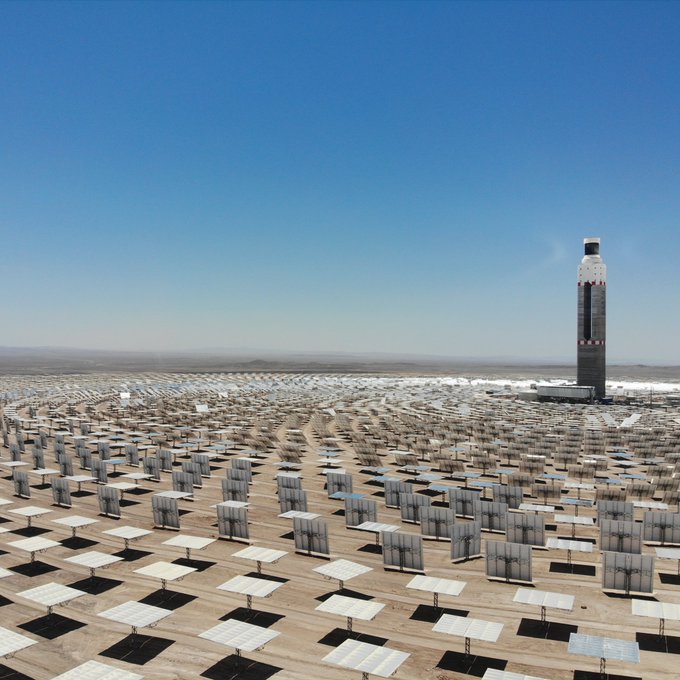 A hybrid CSP-PV plant with 13 hours of storage is the lowest cost power generation option for low-carbon baseload power in Chile, researchers at the Fraunhofer Chile Research Foundation said in a new report.

The researchers studied four hybrid plant concepts and found that a combined CSP solar tower and PV plant with 13 hours of storage capacity would have a levelised cost of energy (LCOE) of $53/MWh if operated without generation restrictions.

In comparison, a gas-fired plant would have a LCOE of $86/MWh, based on a load factor of 85% and a variable fuel cost of $2/MMBtu. In an earlier study, the Fraunhofer foundation estimated the LCOE of a stand-alone CSP plant at $76/MWh.

"Thus, solar hybrid plants under a particular set of conditions are shown to be more cost-effective than their closest competitor for the Chilean grid while still providing significant dispatchability and flexibility," the researchers said. Chile is expected to tender for more CSP capacity in the coming years and developers predict new record-low CSP prices.

The loan office provides access to $40 billion of funds and Jigar Shah, founder of SunEdison and a specialist in low carbon investment, has been appointed as office director. The office was created under the George W Bush administration but issued most of its loans under the Obama administration.

Developed by California's SolarReserve, the 110 MW Crescent Dunes of plant in Nevada was the first large-scale solar tower project with molten salt storage. The plant was plagued with faults and was taken off the grid. Last year, plant owner Tonopah Solar Energy filed for bankruptcy protection.

Owned by NextEra Energy, the 250 MW Genesis plant is based on parabolic trough technology and supplies power to Pacific Gas and Electric (PG&E).

Built by Abengoa and online since 2018, the $880 million Xina plant is based on parabolic trough technology and features 5.5 hours of molten salt storage. Xina was Abengoa's third CSP project in South Africa and is located adjacent to Abengoa's 100 MW KaXu Solar One plant, the country's first commercial CSP facility.

Under the deal, Engie will replace Abengoa as the largest stakeholder in the Xina plant. Industrial Development Corporation owns 20%, the Public Investment Corporation 20% and KaXu Community Trust 20%.

Abengoa led the development of the Xina project and is the contracted engineering procurement construction (EPC) supplier and operations and maintenance (O&M) provider, through its subsidiary Abeinsa. Engie will also acquire 46% of Abengoa's operations and maintenance (O&M) activities at the plant, reducing Abengoa's stake to 46%, the Spanish company said.

Since 2017, Abengoa has focused on EPC projects after financial woes pushed the company into bankruptcy protection and a deal with creditors. Abengoa will use the proceeds of the Xina sale to reduce its financial debt, it said.