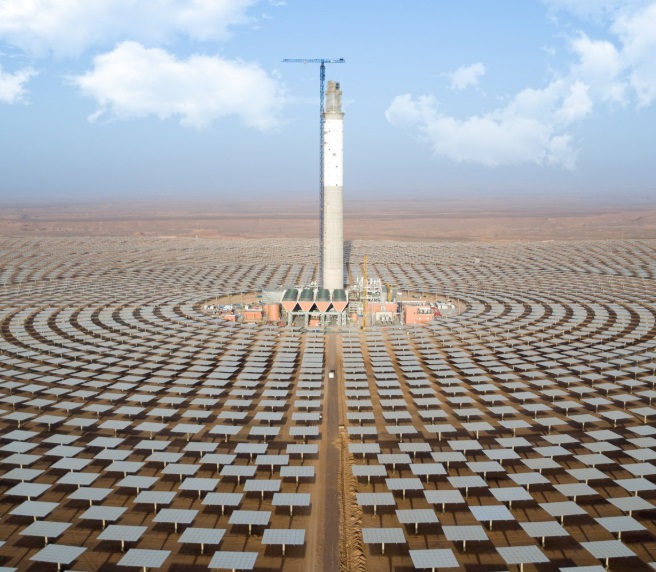 The Department of Energy’s (DOE) Gen3 CSP program, launched in May, will see Brayton Energy, the National Renewable Energy Laboratory (NREL) and Sandia Laboratories compete for a $25 million grant to build an integrated high-temperature system demonstrator.

The three companies will develop and test their cost-effective CSP plus storage designs which heat transfer fluids (HTFs) to over 700 degrees Celsius (C). They will each complete a design detail for a test demonstrator facility and can incorporate, if required, learnings from parallel component-level research. 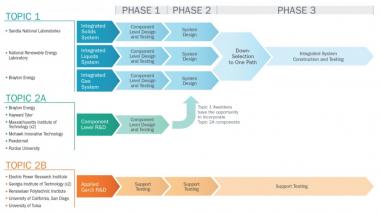 The demonstrator plant is a key step towards commercial deployment of ground-breaking CSP technology which could open up new openings for CSP deployment. The demonstrator is scheduled to commence operations in mid-2020 and operate until around 2023.

The research projects are on track to hit the DOE’s CSP cost target of $50/MWh by 2030 for baseload configurations, team leaders told New Energy Update.

Commercial deployment of the technology is likely to begin with exports between 2025 and 2030, after which demand in the U.S. could pick up, the researchers said.

CSP designs continue to evolve and the Gen3 projects vary widely in technology type and material requirements. The Gen3 selection process could indicate upcoming trends in CSP systems as developers adjust to innovations in storage and HTFs.

Following the demonstrator phase, further scaling up of technology will be required before commercial rollout can begin, Craig Turchi, Senior Engineer at NREL, said.

“There will need to be a system built after our 2 MW test to integrate the thermal and power systems and demonstrate the receiver at larger scale," Turchi said.

"2025 is the earliest for such a system to be commissioned. That system would be the precursor to true commercial designs,” he said.

Brayton Energy will develop and test a CO2-based gas-phase CSP system which will absorb energy from a heliostat field and deliver it into a thermal energy storage system.

This would be a "critical requirement for proving out the technology to the utilities, potential investors, and loan providers," Sullivan said. 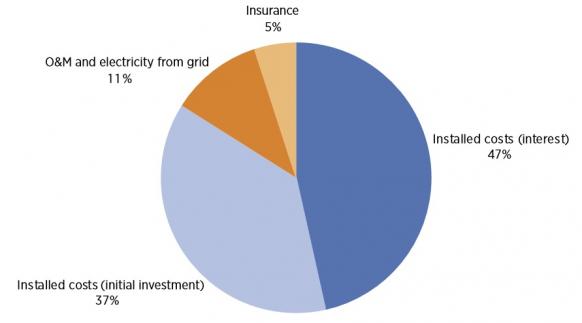 The Gen3 researchers are positioning their technology for potential exports ahead of domestic deployment.

The U.S. currently hosts 1.8 GW of operational CSP capacity but the development of new projects has dwindled in recent years as PV costs have plummeted while some CSP projects have been opposed due to concerns over wildlife or water shortages.

In the U.S, developers believe lower cost CSP plus storage can complement rising PV and wind capacity. However, U.S. capacity expansion modelling “doesn’t show much demand for CSP prior to about 2030," Turchi noted.

Australia could be first in line for the new high-temperature technology through the deployment of smaller capacity plants, Turchi said.

NREL is working with the Australian Solar Thermal Research Initiative (ASTRI) to implement the roll-out of CSP. According to Turchi, the Australian market is more likely to be interested in smaller capacity systems, which require less grid investments, can be installed in remote locations and can be commercially available earlier than large-scale systems. Australia’s operational pipeline currently averages 1.5 MW per project, CSP Tracker data shows.

Brayton sees the Middle East and China as most likely candidates for the initial rollout of a commercial system, Sullivan said.

“These regions have excellent solar characteristics and favorable policies embracing the adoption of zero-emissions power," he said.

Going forward, operational flexibility will boost the value of CSP plants. Facilities which can provide a range of generation profiles represent greater value, particularly given the increasing role of intermittent PV and wind. CSP with storage can replace fossil fuel and nuclear power as a baseload source, while peaker capabilities can allow it to adjust to swings in PV and wind supply.

The DOE's Sunshot initiative has set a cost target for CSP peaker plants of $100/MWh by 2030, compared with $50/MWh for baseload plants. 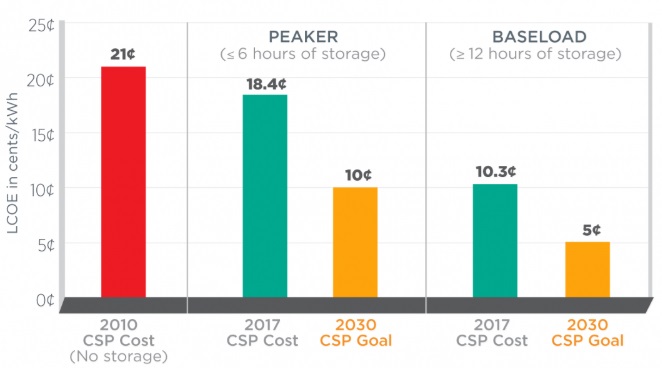 The Gen3 research plants are all being designed to provide baseload or peaker plant roles. For example, Sandia is currently working on heat-exchanger designs that will enable fast start-ups and heating ramp rates required for peaker plants, Ho said.

“Utilities continue to report that mission profiles for power plants are evolving quickly, and very high value is placed upon facilities that can operate in multiple roles depending upon the needs of the grid,” Sullivan said.