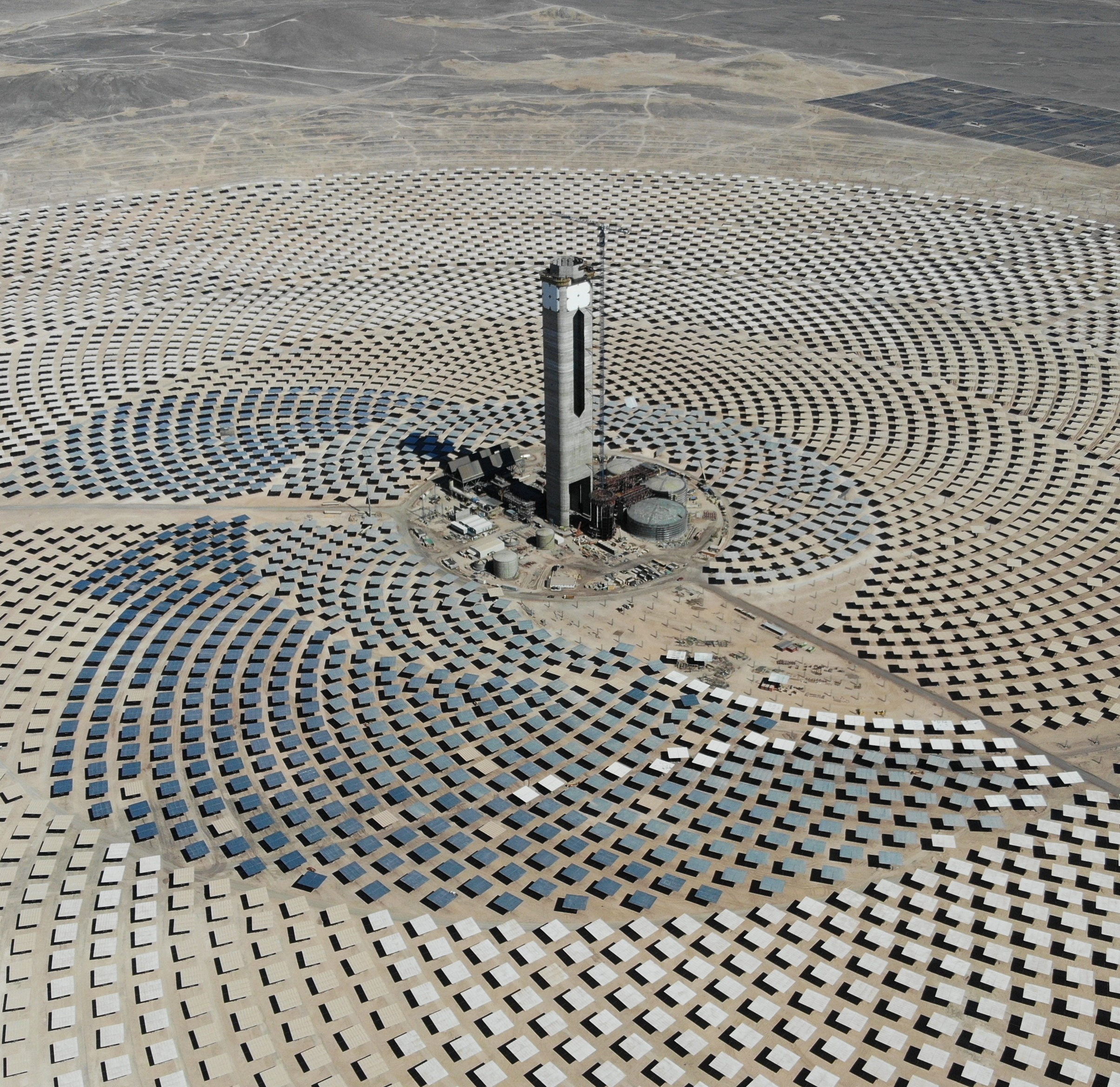 Chile’s national energy commission (CNE) plans to tender for 5.6 TWh of power capacity from any generation type. Bids can be submitted for three time-specific capacity blocks and the winners of the tender will be allocated 15-year power purchase agreements (PPAs).

Located in the central Antofagasta and northern Tarapaca regions, the Calama and KCS Pozo Almonte projects would together require $8 billion of investment. The projects would use a hybrid CSP-PV design, similar to that used at the ground-breaking Noor Midelt 1 project in Morocco. Developed by an EDF-led consortium, the 800 MW Noor Midelt I project was awarded at a record-low CSP price of 68 dirhams/MWh ($71/MWh) in May 2019.

The South Korean group filed Environmental Impact Statements for both its projects earlier this year. Despite Chile’s slow approval process, the company expects to receive the permits this year.

Andes has completed around 40% of the engineering process, Sanchez said, and the hybrid design and large-scale of the projects will drive down costs.

“We hope to be competitive with other projects at the auction,” he said.

Back in 2014, Chile awarded EIG's Cerro Dominador 1 a 15-year power offtake agreement at a price of $114/MWh and CSP costs have plummeted since then. In Chile’s last energy auction in 2017, no capacity was allocated to CSP bidders as prices were undercut by other technology types. US developer SolarReserve, which now ceases to exist, failed to win capacity despite a record low stand-alone CSP bid of $63/MWh.

Developers hope new CSP-PV designs will improve their chances in this year's tender. The bid blocks allow PV power to be dispatched during daytime periods and CSP storage during nighttime periods. The average price for PV awarded in 2017 was $33/MWh and global PV prices have continued to fall.

The Andes projects will include a record 18 hours of thermal energy storage (TES) capacity, which will allow power to be dispatched day and night and would suit nearby mining companies.

The Calama and KCS Pozo Almonte projects would connect up blocks of solar capacity using underground electricity lines and route the combined capacity into the project substation, which could feed the grid network or local offtakers.

The new power plants will be due online from 2026 and ongoing learnings in hybrid design should reduce costs.

Midelt 1 represents the first commercial deployment of TSK's hybrid CSP-PV-storage concept, which will use a combination of thermal and battery storage technologies, and further improvements are expected.

Hybridisation, as opposed to the co-located CSP and PV design deployed at Dubai's 950 MW Noor Energy 1 project, is a good fit for northern Chile, Baudson said.

“Here consumers often are situated in remote areas and require an extremely high supply security. This can ideally be covered by the integrated solution rather than by a co-located one, where PV fluctuations cannot be eliminated to the same extent,” he said.

For its part, EIG has been working with construction partners to reduce costs for Likana. The developer predicts a new record-low CSP price in the auction, close to half the price agreed for Cerro Dominador 1.

EIG can build on learnings from Cerro Dominador 1 and Likana would benefit from greater economies of scale.

"We are working with different [engineering procurement construction groups] to get good pricing. We are squeezing everything we can to make a good offer in the market," Gonzalez said in November.

Gonzalez welcomes competition from other CSP developers in Chile.

“We are the first ones, but we don’t want to be the only ones,” he said.