US climate act builds on growing support for hydrogen

The U.S. Inflation Reduction Act (IRA) will pour billions of dollars into the production of emission-free hydrogen, adding to already large sums of public money aimed at kick starting the nascent industry, but policy and transport problems remain, says analysts. 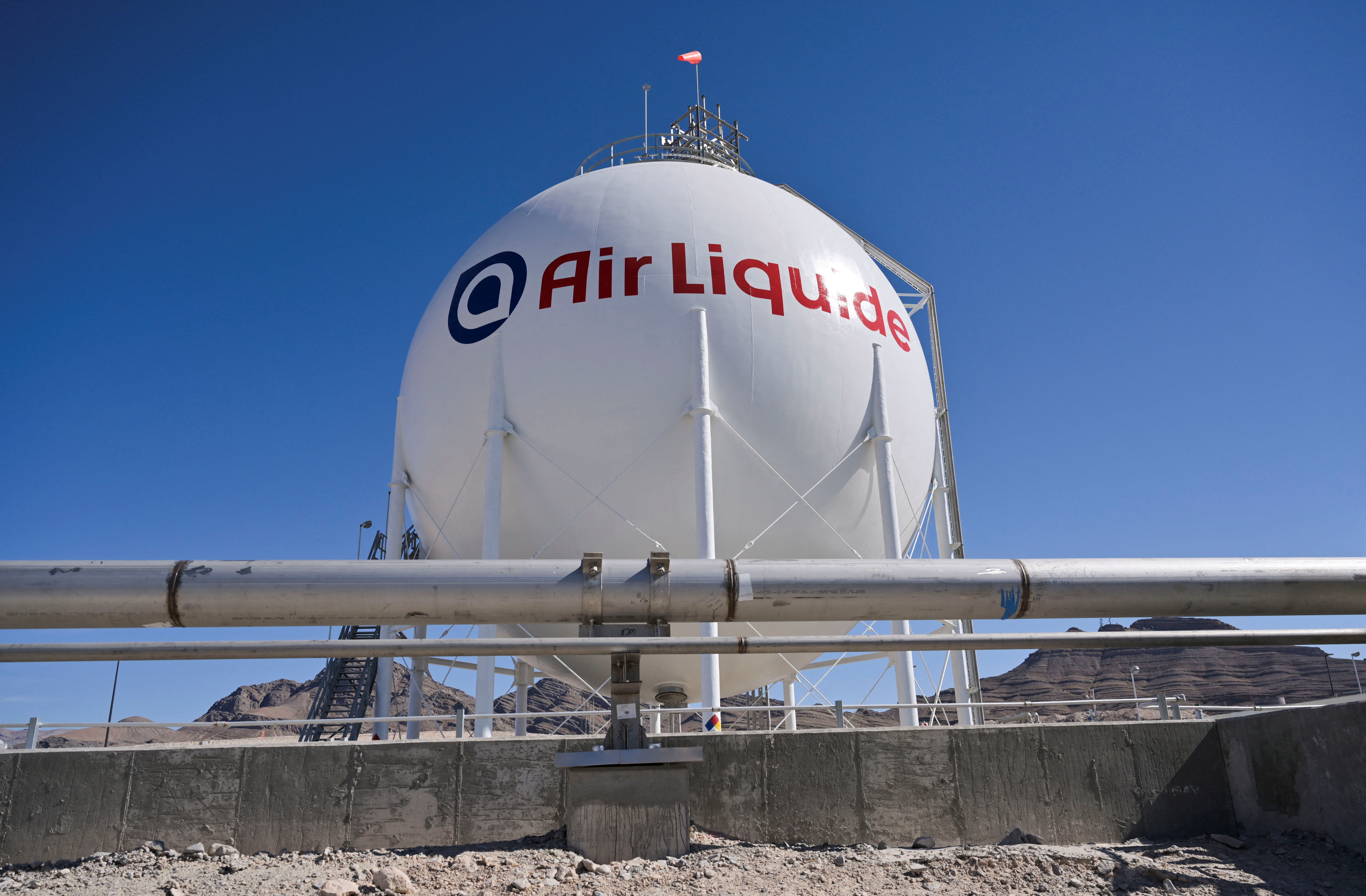 The IRA, signed into law mid-August, is estimated to be worth around $369 billion in clean energy and climate priorities and aims to reduce greenhouse gas (GHG) emissions by about 40% below 2005 levels by 2030, within reach of the administration’s Paris commitment of a 50% reduction in the same time frame.

A large part of that money will go toward helping finance green hydrogen technologies through tailored tax credits and investment incentives and is in addition to $8 billion hydrogen hub program passed in June.

A great deal of hyperbole has been piled on the IRA’s position on green hydrogen, with industry reports stating that the programs are a “game changer” and a “monumental milestone,” but it's just the latest in government efforts to give the industry a leg up, says Kirstin Gibbs, partner at law firm Morgan Lewis, co-leader of the firm’s energy industry team, and member of the firm’s hydrogen working group.

The H2Hubs program aims to create networks of hydrogen producers, consumers, and local connective infrastructure to accelerate the use of hydrogen.

Additionally, in 2021, the Department of Energy (DOE) launched the Hydrogen Energy EarthShot, which aims to cut the cost of clean hydrogen to $1 per kilogram within a decade through establishing a framework and foundation for clean hydrogen deployment in the American Jobs Plan.

“The production, processing, delivery, storage, and end-use of clean hydrogen, including innovative uses in the industrial sector, is crucial to DOE’s strategy for achieving President (Joe) Biden’s goal of a 100% clean electrical grid by 2035 and net-zero carbon emissions by 2050,” The Department of Energy (DoE) said in a statement.

The IRA builds on this effort, says Gibbs.

“We’ve been talking about deploying hydrogen at scale forever and nothing meaningful has happened. Now we can talk seriously about hydrogen investment, and we can believe something is going to happen because there’s enough money in here to incentivize it,” she says.

A cornerstone element to the IRA is the Clean Hydrogen Production Tax Credit (H2PTC) which provides an estimated $13 billion in value across the industry over the next 10 years, according to the Fuel Cell and Hydrogen Energy Association (FCHEA).

The 10-year credit provides up to $3 per kilo of hydrogen produced at any given facility, with credit based on a sliding scale depending on the levels of carbon intensity. 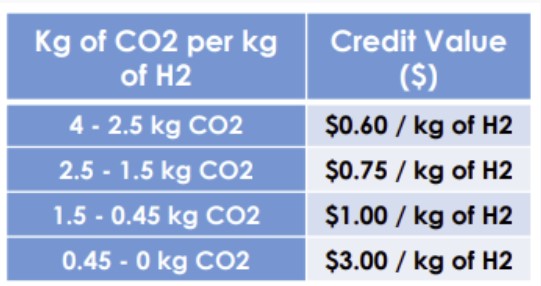 The IRA also offers a similarly scaled investment tax credit (ITC) up to 30% for new facilities while the Energy Storage Credit adds a new provision for energy storage, including hydrogen, through to 2025.

“There are other credits in this bill that were amended for various properties and there were carbon sequestration credits, but the PTC really is the piece that offers producers of hydrogen the ability to start making hydrogen at scale and entering into commercial transactions where they can displace other types of fuels,” says FCHEA CEO Frank Wolak.

Making green hydrogen (made from renewable, non-emitting sources) economically competitive to grey hydrogen (produced from fossil fuels), or even blue hydrogen (from natural gas) will be key to widespread adoption, says Wolak.

The cost of producing green hydrogen currently hovers between $2.5-$6 per kilogram compared to as low as grey hydrogen for around $1/kg for regions with low gas and coal prices, such as the Middle East, Russia, and North America, and still well below $2/kg in other regions such as Europe, according to KPMG figures.

Blue hydrogen, meanwhile, hovers between $1.5-$4/kg, however KPMG notes that blue hydrogen cannot be cost competitive with natural gas in the absence of a carbon price due to the efficiency loss in the converting of natural gas to hydrogen.

“As the PTC comes in play, you’ll start to see green hydrogen at the $2/kg level, and that will be driven even further down through innovations and economies and efficiencies from the private sector. I think you’ll see at the $1.5-$2.5/kg level,” says Wolak.

“When you’re up at $5/kg it was difficult to make that leap solely on the desire to reduce carbon emissions, especially in the area of transportation where you still have to run fleets of vehicles at the cost of diesel, and the PTC really brings that together.”

While the wheels are in motion to bring down the cost of clean hydrogen production to a level competitive to other fuels, there remain roadblocks to large scale adoption.

Current regulation on permitting and siting can vary from state to state, which complicates the laying of multi-state pipelines, while some states may define clean hydrogen using different parameters, all of which has prompted proponents to call on Congress to consider a strategy that is the same across the country.

“The federal govt is sending some amazing market signals but how are the states going to respond to this, and how are we going to respond to it nationally to really expand it and realize its full vision?” asks Policy Director at the Green Hydrogen Coalition (GHC) Nick Connell.

“The biggest thing is streamlining permitting and siting of facilities and then the second most important is figuring out transportation.”

The IRA and complimentary bills before it will help bring the price of production down and will stimulate investments in storage capabilities, but without cross-border policy alignment, hydrogen manufacturing will remain locally sourced and manufactured.

Moving hydrogen is notoriously complicated either in gaseous form through pipelines or in liquid form in trucks.

“When I think about hydrogen, I think about the trifector: one, we’ve got the production with the IRA, and now we have the storage, which is the other piece of the puzzle. The only thing outstanding is the transportation, and if we could figure that out, then I really think that it’s going to enable a large hydrogen economy to support those hard to electrify sectors,” says Connell.