Hydrogen as a backup for renewables remains a distant proposition

Hydrogen fueled power plants could function as a back up to intermittent renewables, but it will take time, a coordinated effort, and money to research and build the necessary infrastructure. 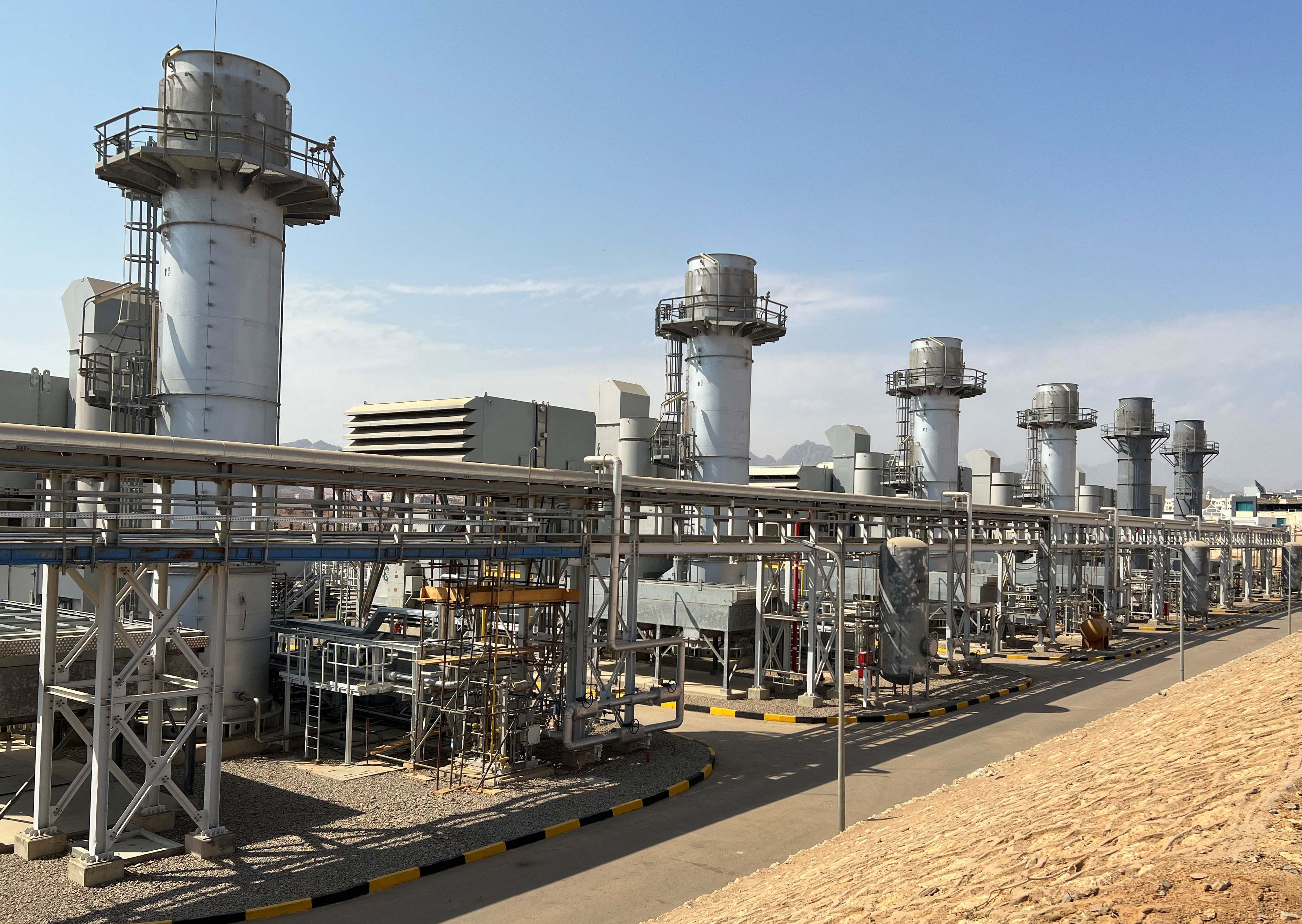 Electricity generation turbines partially fueled by green hydrogen as part of a new project ahead of the COP27 climate summit in Egypt (Source: Reuters/Sayed Sheasha)

Electricity generation from renewable sources such as wind and solar means there is no power when the wind isn’t blowing and the sun isn’t shining and ensuring that there is a low-carbon baseload is essential.

Today, as Germany has found after the invasion of Ukraine put a squeeze on gas imports and having closed down its nuclear plants, renewable power generation is still too unreliable to efficiently run an economy and coal-powered stations are being fired up to fill the gaps.

Hydrogen is being touted as an energy storage vessel and eventually may form part of the solution for variable renewable energy, especially when produced from clean power through electrolyzers.

Almost a fifth of all hydrogen-based fuels produced by 2050 has been earmarked for the generation of electricity, or around 102 million tons of a total 528 million tons, according to the International Energy Agency’s (IEA’s) Net Zero 2050 scenario.

“In the future, hydrogen re-electrification will be complementary to renewable energy, i.e., providing decarbonized power (and heat) at times where there is not enough renewable energy (mainly wind and solar) in the system. We call that ‘residual load’ and long-term we expect it could cover between 15% and 35% of the hours of the year, depending on local conditions,” says Vice President of Gas Services Sales - Hydrogen at Siemens Energy Erik Zindel.

However, there is a great deal of work to do before such a back up is available in any meaningful way.

“The challenges center on the availability of large hydrogen transport and storage infrastructure, availability of sufficient quantities of green hydrogen and cost-effectiveness,” says Zindel.

Building out a production, transport, and storage network is just part of the challenge when using hydrogen and its unique properties mean it cannot just replace natural gas on a one-for-one basis in existing infrastructure.

Relative flame temperatures and flame speed mean, compared to natural gas, hydrogen is a highly reactive fuel that poses a challenge for research teams when developing a combustion system.

While burning hydrogen in oxygen produces just water, burning it in air emits the more harmful nitrogen oxide (NOx) and pure hydrogen can produce embrittlement of metal components, meaning a great deal of piping, interconnections, pumps, and taps will need to be replaced as hydrogen saturation increases.

Siemens is working on hydrogen-ready power plants to limit future retrofit costs, while some companies are already planning on blending hydrogen into existing natural gas plants for a more gradual approach.

The slow replacement of natural gas with hydrogen in power plants can help mitigate the problem of a lack of sufficient volumes of the gas before production is ramped up and transport solutions found, and also means the unique properties of hydrogen in existing technology can be properly explored.

In Britain, Centrica Business Solutions and HiiROC plan to begin injecting hydrogen into its existing gas peaking plant at Brigg, Lincolnshire as part of a 12-month trial which is part funded from the Net Zero Technology Centre’s (NZTC’s) £8 million ($9.2 million) Open Innovation Programme.

The 49 MW plant typically operates for less than three hours a day and is designed to meet demand during peak times and when generation from renewables is low.

Starting in the third quarter 2023, hydrogen will be injected into the natural gas plant starting at 3% and gradually rising to 20%.

“We are collaborating with Wärtsilä on the results of the project, they see the evolution of internal-combustion engine technology to operate on green fuels like hydrogen, ammonia and methanol, as one of the main tools in enabling the transition to net-zero.”

Centrica is working on the project with HiiROC proprietary technology which converts biomethane, flare gas, or natural gas into hydrogen and carbon black.

“The key output will be a fully functioning demonstration of HiiROC’s technology – producing hydrogen fuel from grid supplied natural gas in order to partially decarbonise the peaking gas fired power plant at Brigg. The carbon captured will be solid, dense, easily transportable and marketed as Carbon Black rather than as gaseous CO2,” Wright says.

Carbon Black is used in tires and other rubber products, as a pigment, and, a good conductor of electricity, in electronics.

The Department of Energy’s (DOE’s) HyBlend project is looking at potential technical barriers to blending hydrogen in natural gas pipelines with an eye on materials compatibility research and development, technoeconomic analysis, and environmental life-cycle analysis.

The consortium working on HyBlend includes six national laboratories and over 20 companies working with a R&D portfolio of $15 million from 2021-2023 to examine the challenges and opportunities of blending.

This has a direct effect on the use of hydrogen in gas turbines.

“Depending on the manufacturer and the year, many gas plants can accept a hydrogen blend of up to 30% by volume, which is significant, while at the other end, use may be limited to single digits,” says Senior Scientist and Group Leader, Electrification and Infrastructure at Argonne National Laboratory (ANL) Amgad Elgowainy.

Hydrogen produces, roughly, one third of the energy as an equivalent volume of methane, so in order to maintain the same energy supply you need to use many more molecules, which has its own technical issues, Elgowainy notes.

“First, you may end up leaking more methane and more hydrogen and whether you incorporate hydrogen global warming potential or not, this could be an important issue. Then, if you keep using more then you’ll have to keep compressing more … and more molecules means higher pressure,” he says.

“Would you exceed the pressure rating of the pipeline? Would your compression station be adaptable enough to give you that higher pressure when you recompress the blend? Higher pressure means higher speeds in the pipelines, so will we need to retrofit those too?”