Hydrogen uses to be determined by delivery methods available

Hydrogen’s place in the energy transition will be determined, in part, by how easily it can be delivered, with imported gas being shipped as ammonia or liquid organic hydrogen carriers (LOHC) and pure gas directly piped on-site from a local electrolyzer. 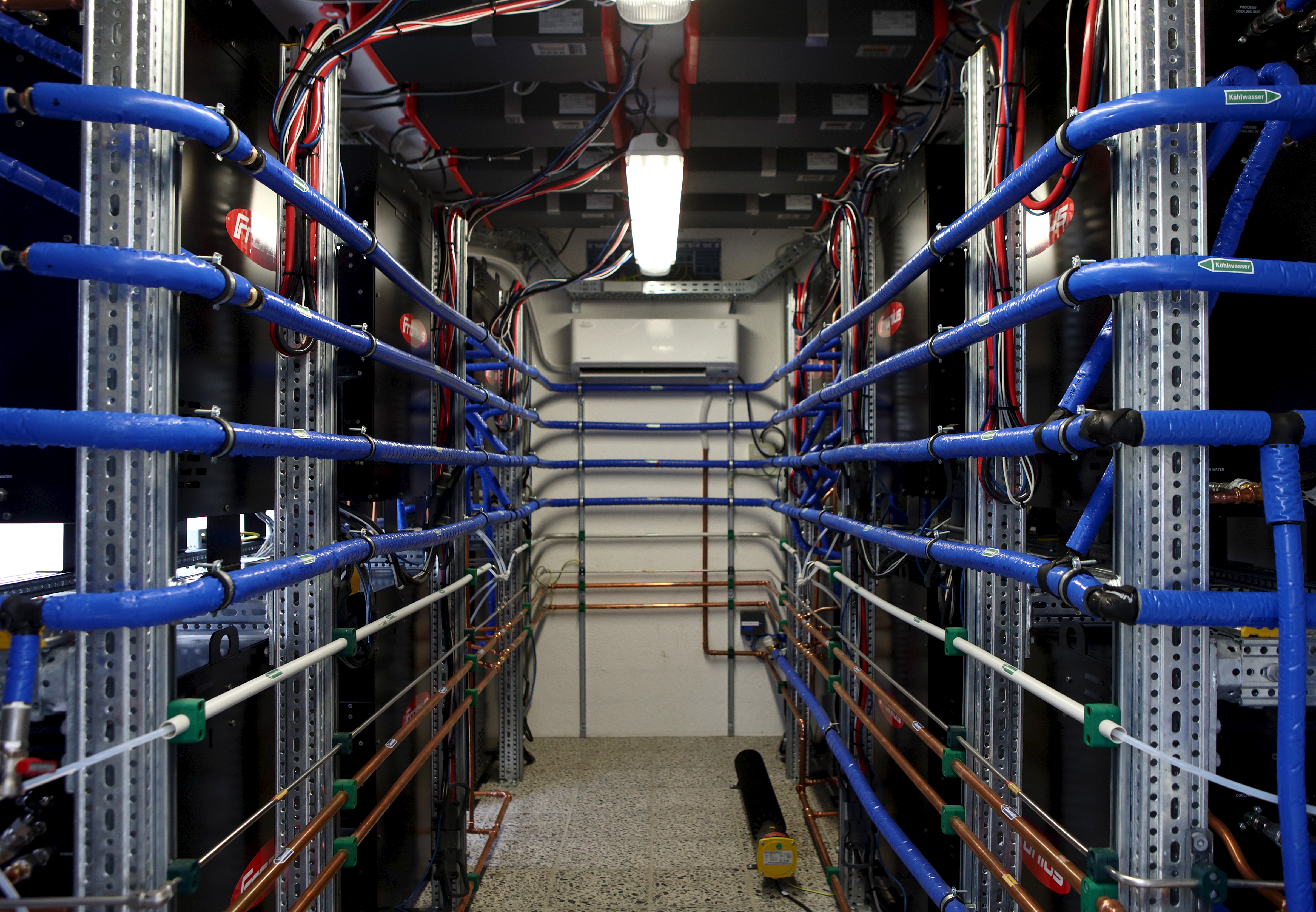 Pipelines are one way to move hydrogen from producer to consumer, but there are challenges. (Source: Reuters/Heinz-Pete Bader)r

Near or far, gas or derivative, the hydrogen economy will need a robust transportation infrastructure to feed it.

“Everyone focuses on hydrogen production costs. That’s important, but few take into account that the only thing that matters for the user of clean hydrogen is the cost at the point of use and that includes considerable amount of transportation costs wherever you produce,” says Uwe Weichenhain, a partner with a focus on energy & infrastructure at the Roland Berger consulting firm.

“It’s not only about the large export hubs from the middle east or Australia. It’s also about ‘last mile’ transportation and that really makes the whole hydrogen story very complex and expensive for the time being.”

Transportation is a crucial puzzle to solve since the most favorable production locations are found in often remote, renewable-rich areas, while demand will be focused in heavily industrialized and densely populated areas, Weichenhain said in the Roland Berger study he authored, ‘Hydrogen transportation: the key to unlocking the clean hydrogen economy.’

The report examines the three hydrogen carrier technologies; liquified hydrogen, ammonia, and LOHC, with a focus on demand centers in Europe, and notes that there is, as yet no one-size-fits-all solution in terms of ease of use and cost.

Hydrogen transport cost based on distance and volume 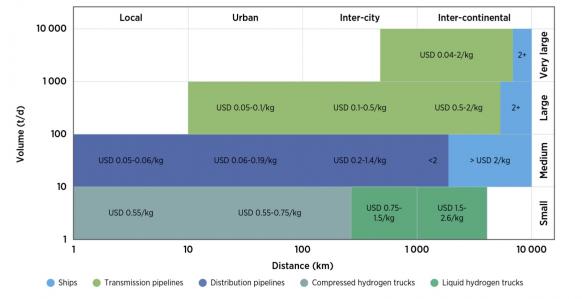 Whether a country becomes a domestic producer of hydrogen or a net importer will depend on where the end user is located, says Weichenhain.

“If you look at western Europe, then it’s very clear that most likely two thirds to three quarters of the hydrogen will need to be imported,” he says.

“Local production costs will be higher, yes, but the main reason is you hardly have any space for renewable development because it’s very densely populated.”

And, without the proper infrastructure to move the gas long distances, industrialised parts of northern Europe are going to need to find the most cost effective way to import the energy contained within hydrogen produced in sun-rich regions to the south.

Some steel companies in Sweden are looking at a solution to this problem by bringing production to the factory. Offshore wind generates electricity that is then used to produce hydrogen on-site.

H2 Green Steel, for example, aims to install electrolyzers as an integral part of the steel plant to produce the hydrogen needed to manufacture 2.5 million tons of high-quality steel a year in the first few years and 5 million tons by 2030.

Natural gas pipelines that already crisscross much of Europe can be repurposed for hydrogen, but gradual replacement by mixing requires a coordinated effort to decrease natural gas use at a similar rate to increased hydrogen use, further complicated by hydrogen not being one-to-one replacement in terms of energy to volume as natural gas.

Also, greater hydrogen concentration can damage steel pipes and the gas can seep through piping not designed especially for its transportation.

Pipelife, based in Austria and currently present in 25 countries, installed nearly 900,000 kilometers of pipes in 2021, enough to circle the earth over 20 times.

The company has developed a spoolable Reinforced Thermoplastic Piping system (RTP) which it says is KIWA certified for hydrogen applications up to 42 bar of operating pressure and is maintenance-free, flexible, and corrosion resistant.

“Compared to steel pipes, the costs for the installation of RTP pipes are estimated to be at least 70% lower due to lower weight and availability in longer lengths, hence less logistical movements and fewer connections and thus significantly shorter delivery and installation times for projects,” says General Manager of SoluForce, a sales brand of Pipelife producing the hydrogen pipes, Robert Jan Berg.

“The Total Cost of Ownership (TCO) of the SoluForce RTP system is at least 20% lower than comparable traditional steel pipes,” he says.

The system is ideal for local hydrogen distribution networks, since its operating pressure matches the output of most electrolyzers and can be upscaled to higher pressures depending on demand.

The potential first application of the certified SoluForce Hydrogen solution is expected to be at Groningen Seaports in the Netherlands with some four kilometers of infrastructure to be installed in 2023 for localized hydrogen distribution to various chemical and industrial plants at the seaport of Eemshaven as final off-takers, says Berg.

SoluForce, however, does not manufacture pipelines needed to move large quantities of hydrogen internationally, a logistical challenge that may require a different solution entirely.

Complications of moving hydrogen long distances has many looking at alternative uses for the gas which are easier and cheaper to shift, namely liquid hydrogen, ammonia, and LOHC.

While liquid hydrogen – which involves freezing the gas at close to absolute zero of -253°C and keeping it there to avoid loss through boil-off – can be complicated to ship, ammonia shipping is already well established.

Almost half of all hydrogen produced today (around 31 million tons/year) is used primarily as feedstock to produce ammonia, according to the International Energy Agency (IEA), and almost all of that is currently from fossil fuels.

Producing green ammonia from emission-free hydrogen would help decarbonize that industry – which accounts for around 1.8% of global carbon dioxide emissions according to a Royal Society study – and would help solve the intractable question of how to ship hydrogen over long distances.

“For intercontinental transport and for liquid hydrogen derivatives (eg ammonia, methanol, SNG) pipelines are not an option. Here shipping stays the only feasible solution. As ammonia is already traded internationally, shipping infrastructure is available and as long as grey ammonia is replaced by green/ low carbon ammonia infrastructure is sufficient,” says Business Line Manager Hydrogen at TÜV SÜD Thomas Weiß.

“Each scenario will need to be assessed and there will be a market developing for all different types of hydrogen and transport means like it evolved… Until then large-scale projects will still depend on long term bilateral offtake agreements.”