Top tier companies have joined the European Union's electrolyzer push but all are conscious that capacity is just a part of the challenge of building a hydrogen economy. 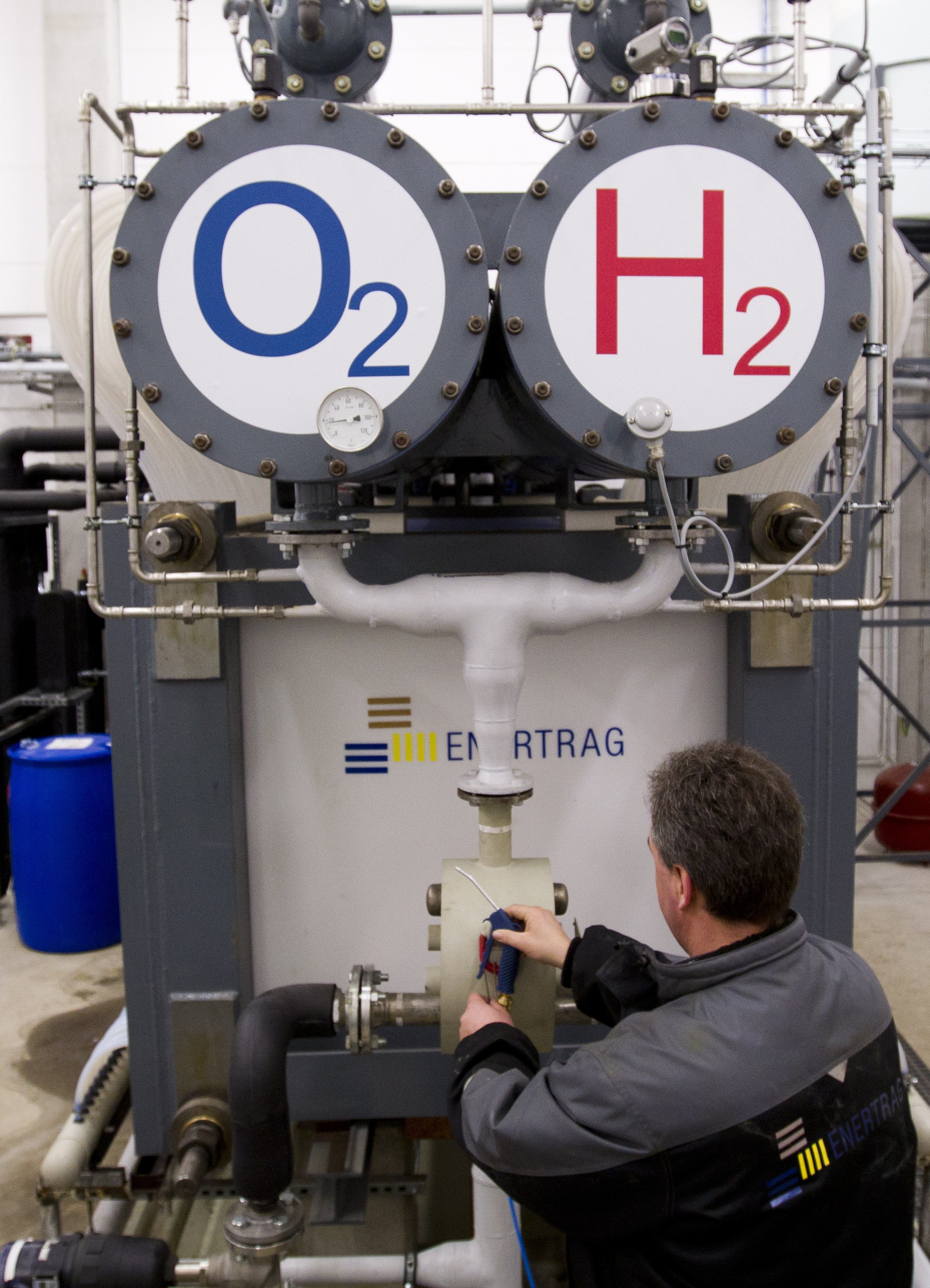 More than 20 companies have agreed to increase the European Union’s annual electrolyzer capacity by tenfold in the next three years to support its hydrogen plan, but incomplete regulation, market uncertainty, and unprepared supply chains mean it will be a challenge to hit that target.

The European Commission has laid out an ambitious plan to double the previous renewable hydrogen target to 10 million tons (MT) of annual domestic production and an additional 10 MT of annual hydrogen imports, and such a project will require a rapid acceleration of electrolyzer manufacturing.

Producing 10 MT of hydrogen a year will require an installed electrolyzer capacity of 90-100 GW, depending on utilization and efficiency rates, according to industry estimates.

Europe's emergeny REPowerEU plan has called on companies to work toward a combined annual electrolyzer manufacturing capacity of 17.5 GW by 2025 and to further increase that through to 2030 in line with demand.

Fortunately, electrolyzers are not a new technology and the challenge will come from scaling up production more than relying on potential breakthroughs, which industry heads believe will happen organically as production volumes increase.

“Electrolysis is quite mature from a technological point of view, an accepted technology for 100 years … but hydrogen is a young technology so I’m convinced that what we use today will be totally different in 30 years,” says the President of Hydrogen Europe Research Laurent Antoni.

Antoni, who has worked with hydrogen and its applications for over 20 years, has seen a political sea change in the last two years toward clean hydrogen and believes that, as continued research investment improves on current technology, existing electrolyzers are ready to be expanded upon. Bosch, one of the co-signatories to the EU electrolyzer plan, has agreed to manufacturer components for hydrogen electrolysis as the industry builds up over the next few years.

The company aims to invest up to 500 million euros ($526 million) in its electrolyzer business through to the end of this decade, half of that by market launch in 2025, and says it will use its technology to both help build the infrastructure for a new hydrogen economy, but also as an eventual off-taker itself as it delves deeper into ‘green’ technology.

“We are considering setting up electrolyzers at various Bosch locations to produce hydrogen on-site and also to use it – for example, in test benches for mobile fuel cells. Here synergies can arise if we combine endurance tests of the electrolyzer module with those of the fuel cell,” says spokesperson of electromobility, two-wheeler, and powersports at Bosch Thorsten Schönfeld.

The company currently invests more than 800 million euros a year on electrification, including mobile fuel cells and battery electric mobility, and will pour another half a billion euros in to stationary fuel-cell technology by 2024.

Bosch, which has assigned the development of electrolyzer components to its Mobility Solutions business sector, intends to invest some three billion euros in climate-neutral technology over the next three years.

The technology group will focus on the stack, a core component of the electrolyzer made up of hundreds of individual cells connected in series each of which is used to split water into hydrogen and oxygen when electricity is passed through it.

By collaborating with partners, Bosch aims to combine the electrolyzer stack with a control unit, power electronics, and sensors to create a so-called smart module.

“By connecting the smart module to the cloud, we can generate data and offer services based on it. Specifically, this involves optimizing maintenance and service intervals and the optimum planning of any repair work that may be necessary,” says Schönfeld.

Bosch will use synergies with its many other business arms – technology, safety concepts, test strategies, standards, and in the area of materials due to shared suppliers and in manufacturing – to keep costs down and scale up.

As Hydrogen Europe Research’s Antoni noted, electrolyzer scale up is essential and has accelerated in recent years and Bosch, which mass produces a wide-range of electronic appliances, says it is experienced in industrializing components and using scaling effects for higher volumes.

“Our electrolyzer components will benefit from the other fuel cell components that we will already produce ... This combined volume will generate considerable economies of scale and this is exactly where Bosch can play to its strengths: producing high tech at high volumes, thanks to our expertise in mass production and our automotive know-how,” says Schönfeld.

Meanwhile, as companies such as Bosch work on preparing, building, and connecting the supply chain for mass production of high-powered electrolyzers, the European Commission has set itself the task of developing regulation and convincing manufacturers that there will be customers for clean hydrogen once they start production.

The EC estimates the production of 10 MT of renewable hydrogen by 2030 will require an additional 500 TWh of renewable electricity, almost a fifth more than total annual net electricity generation across the entire economic bloc.

In order to ease the creation of vast amounts of new solar installations and wind farms throughout Europe to feed into the new hydrogen economy, the EC says it will shortly adopt a recommendation and a legislative proposal on accelerated permitting for renewable energy projects, including hydrogen.

It is also working on EU funding programs that may support the deployment of hydrogen technologies and applications.

The EC has developed a Hydrogen Public Funding Compass which aims to guide stakeholders to the program or fund for their projects and also points to a multitude of state aid instruments such as the Important Projects of Common European Interest (IPCEI) for research and development and the Climate, Environmental protection, and Energy Aid Guidelines (CEAGG) for renewable energy projects.

The European Investment Bank, meanwhile, has financed 550 million euros in hydrogen projects in recent years and is evaluating more than billion euros worth of other such projects.