Hydrogen faces challenges as a fuel but conversion to ammonia, which is easier to move and store, may form part of the solution. 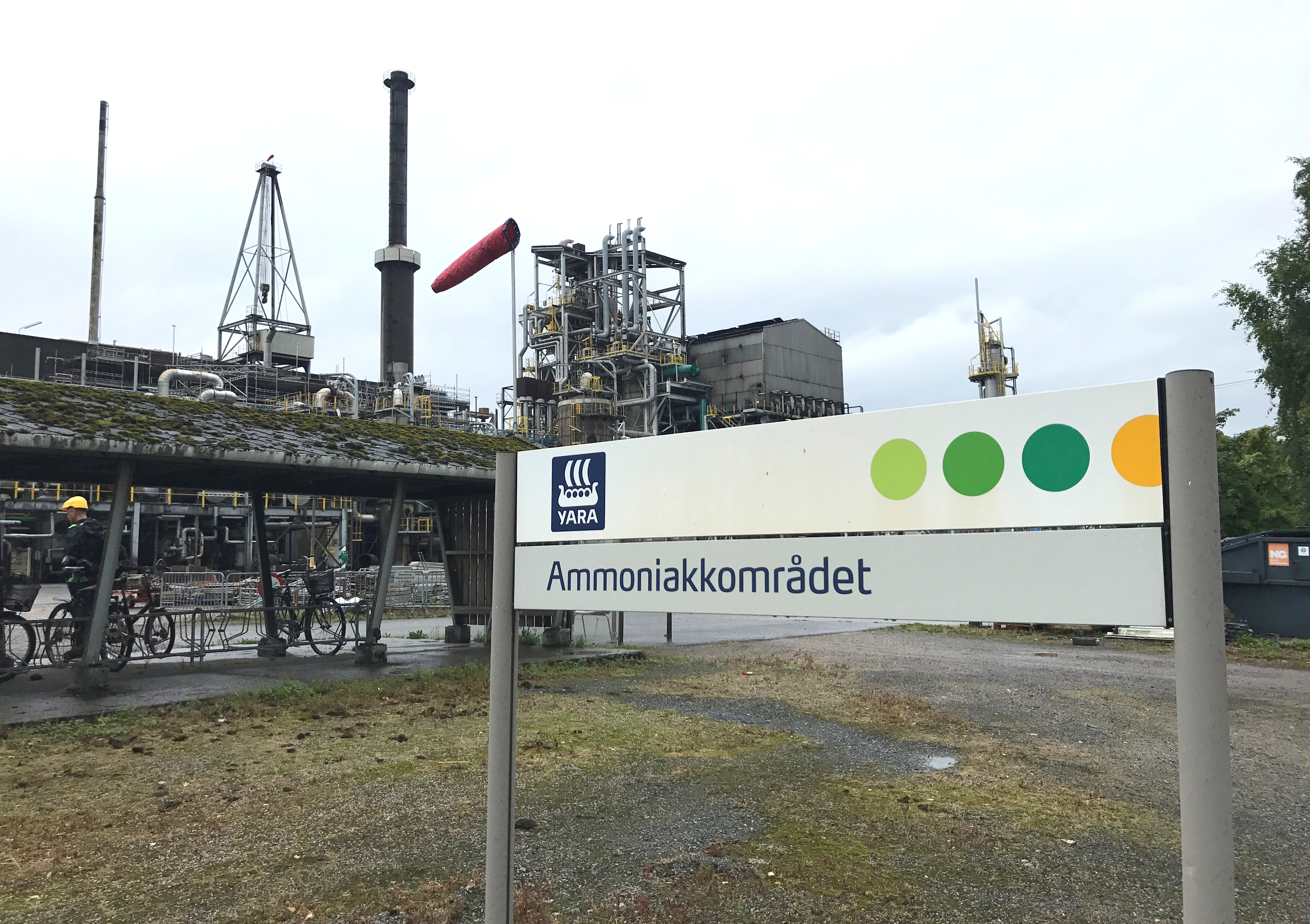 Hydrogen leaks easily from containers or pipelines and boil-off loss associated with storage and transportation can consume as much as 40% of its available combustion energy.

It can cause embrittlement of steel, which means wholesale retrofitting of existing gas infrastructure to carry it, takes up large amounts of space per kilo, even when liquified, and liquification requires it to be cooled to an energy intensive and expensive –253C (compared to -33C for ammonia).

Transportation and storage will be essential, since low-emission electricity generation is needed to keep it ‘green’, but some, such as Europe and Japan, will struggle to produce enough renewable power to generate the hydrogen they need.

These restrictions have forced some to rethink how hydrogen can be integrated as an energy vector.

“I don’t think we’re in that disillusionment area yet, but there are more doubters out there now than a couple of years ago. Most people crunch the numbers on this and think, how is this going to work? The energy efficiency is really low, and the cost is really high,” says Head of Fertilizers at CRU, a business intelligence company concentrating on global mining, metals and fertilizers, Chris Lawson.

A solution to hydrogen’s transport and storage complications is using the gas to create derivatives, such as ammonia, which can be more easily moved, already have something of an established production chain, and are on their own decarbonization drive.

Today, around 200 million tons of ammonia are manufactured every year, with around three quarters of that to make fertilizers and the rest for use in industrial process such as the production of plastics, explosives, fibers, nitric acid and an intermediate for dyes and for pharmaceuticals.

Global ammonia production accounts for around 2% of total final energy consumption and 1.3% of CO2 emissions from the energy system, according to the International Energy Agency (IEA).

Most ammonia is produced through the Haber-Bosch process where atmospheric nitrogen reacts with hydrogen using a catalyst and under high temperatures and pressures.

The favored method to make the hydrogen – from hydrocarbons such as natural gas through steam methane reforming (SMR) – is highly contaminating with an estimated 8-10 kilos of CO2 released for every one kilo of hydrogen produced.

Once hydrogen is produced from clean sources, the ammonia can be labelled as 'green' and today’s producers, which are already working to decarbonize the existing supply chain, are looking at expanding.

“A lot of the established fertilizer players are not really looking at it as a solution to help decarbonize the fertilizer industry but more an opportunity to expand the market that they’re selling into. They can maintain a good share in fertilizers but also play a part in fueling green traffic around the world, in being a hydrogen carrier or providing inputs into power production,” says Lawson.

Global fertilizer giant Yara, which has roughly a fifth of the traded ammonia market, sees the growing interest in ammonia as a potential hydrogen carrier as an opportunity.

In the short term, carbon capture and sequestration (CCS), which produces ‘blue’ hydrogen from methane and captures the resulting CO2, which is used elsewhere or disposed of, is more likely to be the starting fuel than ‘green’ hydrogen via electrolysis.

“When it comes to decarbonizing ammonia with CCS from a technology perspective, that’s relatively advanced. The technology is mature, there’s very little technological risk, and also the feedstock, the energy, is available,” says President of Yara Clean Ammonia Magnus Ankarstrand.

“On green ammonia, or renewable ammonia, where you produce hydrogen through electrolyzers, the challenges are that the technology is not there or scalable yet. The other challenge is that there isn’t renewable electricity available at the scale and frequency of delivery that you need.”

1) Including leased and YCA-owned vessels; 2) YCA has exclusive access and manages and optimizes use of Yara's ammonia tank infrastructure at terminals through sourcing and supply agreements with Yara; 3) Based on volumes of traded ammonia in 2021

The group is constructing a 24 MW hydrogen electrolyzer in Norway through which it expects to produce some 20,000 tons of green ammonia, or some 7% of the plant’s total production.

In addition to ongoing projects in its Norwegian and Dutch world-scale plants, Yara’s clean hydrogen production will likely focus on the United States which recently passed a slew of decarbonized-hydrogen friendly measures, including the Inflation Reduction Act (IRA)  which, in a technology-neutral manner, offers subsidies based on the carbon emitted.

“We already operate plants in the United States today, but the largest reason is that gas and the CCS part is relatively cheap compared to Europe, and you have very strong and predictable tax credits and incentives through the IRA,” says Ankarstrand.

The predictability of the IRA’s subsidies and tax credits mean the cash can be factored-in when developing a business plan, whereas in Europe companies face changing criteria and a bureaucratic application processes.

“If incentives from the EU are to be effective, they have to be transparent and unilateral and project neutral,” he says.

The company is ready to scale up production in line with demand, Ankarstrand says.

“We feel comfortable scaling up to maintain our market share up to 2030 given what demand development will be,” he says.

While ammonia has been slated as the Liquid Natural Gas (LNG) of hydrogen and will help it overcome some of its more tricky challenges as a power vector, it has some serious problems of its own.

Ammonia is highly corrosive and dangerous to handle and, despite being an energy carrier, it’s a very inefficient means to harness hydrogen’s power.

For it to become a low-emissions chemical – at around 2.4 tons of CO2 per ton of production, it is nearly twice as emissions intensive as crude steel production and four times that of cement, on a direct CO2 emissions basis, according to the IEA – it’s vital it’s manufactured using clean hydrogen.

At a generous electrolyzer efficiency of 80%, it takes around 49kWh to create a kilo of low emission hydrogen and to make around 200 million tons of ammonia, today’s global production, the world produces over 30 million tons of hydrogen a year.

If the world’s ammonia-bound hydrogen were produced from electrolyzers powered by renewable energy, in order to produce enough hydrogen to satisfy today’s ammonia demand, we would need around 1.47 TWh of electricity.

That's around half the world’s total renewable energy output in 2021, according to the International Renewable Energy Agency (IRENA).

There is also a lot of energy lost when converting hydrogen to ammonia and back again, thus requiring even more renewable energy generation to fill the gaps.

CRU estimates a massive 83% of the input energy is ‘lost’ in the production and use of green ammonia for power generation.

“We hear a lot about ammonia being a carrier for hydrogen, but it’s quite an inefficient process. To turn your renewable electricity into hydrogen and then into ammonia, then transport that across the world and then convert it back into hydrogen … there’s a lot of lost energy in that process,” says CRU’s Lawson.