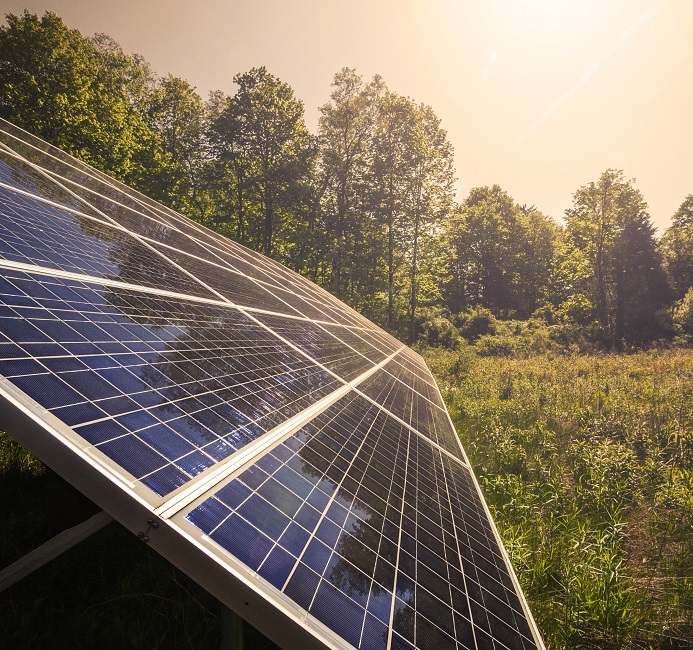 Growing environmental challenges are spurring the PV industry to improve the biodiversity of PV plants and achieve a "net positive" impact on the environment.

While solar power is helping to reduce carbon emissions, biodiversity is also under threat from agricultural intensification, pesticides, habitat loss and plastic pollution.

“By supporting healthy ecosystems at a local level…solar PV technology can play a significant role in the UK’s response to both the climate and biodiversity emergencies," the STA said.

Solar parks have the advantage of being secure sites which are left relatively unchanged and undisturbed for over 25 years. This allows time to nourish natural habitats and, at some sites, improve soil quality.

Water management measures can also be implemented to improve biodiversity and provide more predictable access paths to equipment. Creating open drainage structures - such as ditches, swales, and balancing ponds - instead of sub-surface drainage, can create rich habitats for water-dependent invertebrates and amphibians.

UK-based solar investor Next Energy Capital (NEC) has worked with the Wychwood Biodiversity consultancy to deliver plans for biodiversity enhancements across 80 solar plants.

NEC is currently implementing a Biodiversity Management Plan (BMP) at nine sites and learnings from this phase will be used to establish a global approach.

In one example, NEC sowed wildflowers to attract pollinators at its 9 MW Berwick farm in East Sussex, England.

The operator also built “bug hotels” to encourage invertebrates to breed and is planning to create a nesting area and beehives for honey production. 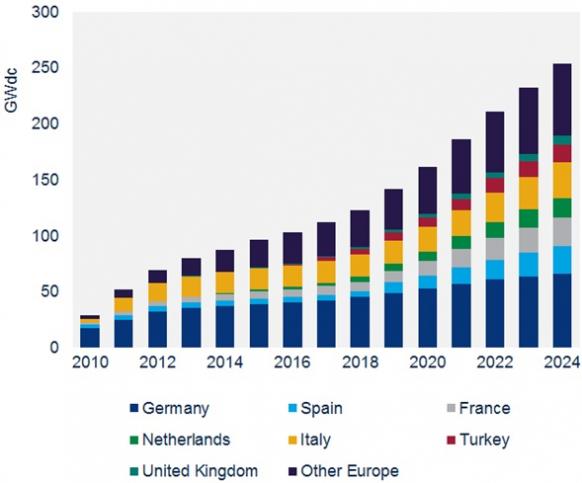 Created in 2009, Bluefield has invested in over 1.6 billion pounds ($1.9 billion) of PV asset transactions and funds in the UK and Europe.

Bluefield is also developing more advanced measures such as bug hotels and new ponds, and seeking synergies with the agricultural sector, such as the provision of pollinator habitat and allowing sheep to graze during the winter months.

When developing a new solar park, Bluefield considers the possibility of on-site sheep grazing at an early stage, STA said in its report.

Solar developers must implement biodiversity measures at the design stage to maximize the benefits, Hewett said.

There is no “one size fits all” approach as measures will depend on land characteristics and location, he said.

Crucially, the project must preserve the species found on site before the project, Guy Parker, founder and co-director of Wychwood Biodiversity, told New Energy Update. Developers can then implement measures that increase the biodiversity through the life of the project.

Land enhancement to increase biodiversity is a relatively new approach for solar PV owners and operations and maintenance (O&M) businesses will need to adapt as new measures become commonplace.

“In both cases, this involves reducing the frequency of cutting, and should be more cost efficient in the long term,” he said.

Sites with sufficient land or restricted use can go further and introduce grassland, ponds or wildflowers.

In particular, sites with void areas, such as beneath power lines or over archaeological sites, provide space to implement and manage new habitats. This could include establishing different types of grassland, ponds, or wildflowers.

Wildflower meadows can be very valuable for wildlife, and the cost of these can range between 1,000 and 10,000 pounds per site, depending on the area, Parker said.

Solar operators can also look to reduce the amount of carbon dioxide in the local atmosphere.

Land management for solar farms is typically less intensive than for arable land, requiring less vehicle use, and the creation of a permanent grassland beneath solar panels creates a root mat that captures atmospheric carbon in the ground, Parker said.

However, solar groups could face difficult decisions between cutting CO2 emissions and limiting land degradation. Research shows solar facilities can impact the microclimate by changing the temperature and moisture levels of soil under the panels, Armstrong said.

This can affect environmental processes such as vegetation growth and alter the amount of carbon stored in the soil.

Mitigation measures could include changing the spacing of the panels or using bifacial panels that allow more light through, she said.

To help solar owners make decisions on biodiversity enhancements, researchers at Lancaster University and the University of York have developed the Solar Park Impact on Ecosystem Services (SPIES) online tool.

Co-developed with the solar industry and based on over 700 evidence cases, the tool provides a scientific evidence base to achieve a potential ‘net environmental gain’ for solar projects.