The only destination for North American patient centricity leaders

Health inequities, often a legacy of racism, lie heavy on the healthcare sector in the US and beyond. Fixing the problem will require long-term effort on multiple fronts


If ever there were a time to begin to seriously address the issue of health equity it is now. 2020 was the year the Black Lives Matter movement caught the world’s attention and COVID-19 disproportionately laid low people from certain ethnicities, highlighting the inequities suffered in particular by Black Americans. A year on, our commitment to tackling these inequities is still critical and urgent.
Harvard-trained emergency medicine physician Dr. Uché Blackstock, one of the leading voices on health disparities and equity in the US, urges the entire healthcare sector not to let this opportunity to drive lasting change slip away. 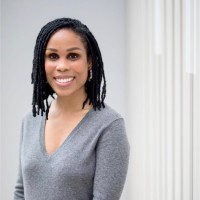 The only destination for North American patient centricity leaders