Rafael Alfonso explains why pharma needs to resolve and merge the differing evidence requirements of regulators and payers. 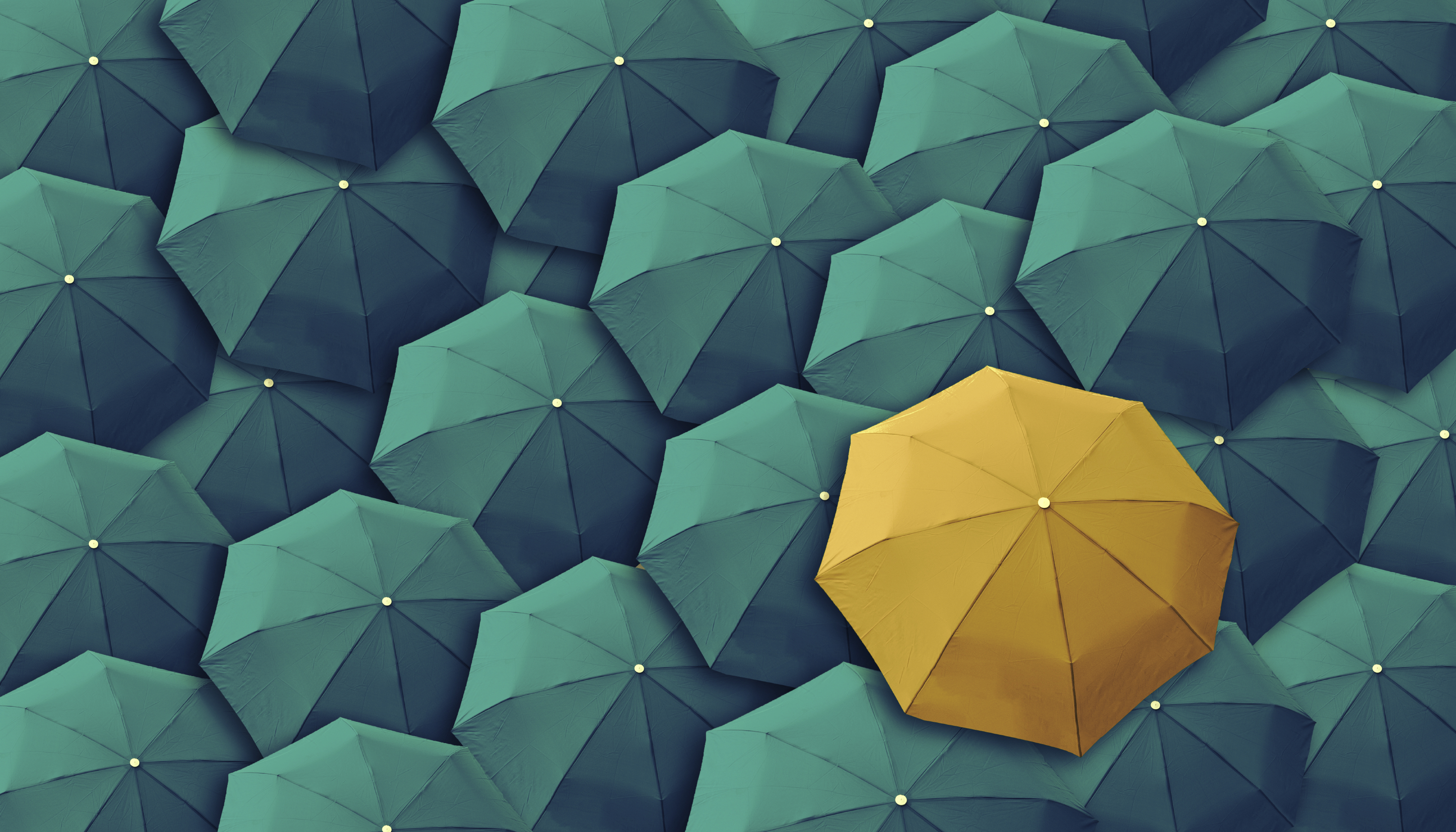 There is a significant disconnect between the evidence that pharma and biotechnological firms are producing and the type of information that decision makers – particularly payers – want, according to GSK’s Rafael Alfonso.

“The reason for that is that we have focused so much on regulatory decision makers and not the payers,” he tells eyeforpharma. “That is where we have to change.”

The physician, academic and former director of the University of Washington’s Surgical Outcomes Research Center worked in outcomes research for 16 years before joining GSK as director, value evidence analytics. Situated within R&D, his group aims to come up with the most innovative approaches to the design and analysis of clinical trials, observational data, and real-world data including and up to economic models. “Basically, we aim to optimize every single type of evidence throughout the development process.”

Payers are looking for more pragmatic trials to see how things work in real life; meanwhile, the regulators want everything controlled. Both points are valid, so pharma needs to come up with a way to fulfill both needs.

Discussing the trends around evidence-based medicine in terms of market access, Alfonso highlights the fact that the research questions clinical trials seek to answer do not match the types of questions payers and other decision makers (physicians, patients, etc.) want answered. The important questions for payers are: compared with the alternatives currently available, what is this particular molecule going to bring to the table and how much more is it going to cost or how much money is it going to save?

Payers are looking for more pragmatic trials to see how things work in real life; meanwhile, the regulators want everything controlled. Both points are valid, so pharma needs to come up with a way to fulfill both needs. In particular, pharma needs to come up with the evidence that finds the value of medications for payers. While pharma is currently good at answering whether a particular technology works or not, it is less successful at understanding whether somebody will be prepared to pay for it. “If we start doing this, we will focus on different outcomes,” Alfonso declares.

He puts forward the radical suggestion that all phase 3 trials should become “pragmatic”. He suggests that pharma should be looking at how to redesign the research process, instead of trying to adapt a model that was built in the 1960s and 1970s. “The design and implementation of clinical trials would be completely different.” He advocates introducing elements around “value” – and payers’ and patients’ willingness to pay – into the research cycle.

Moreover, evidence requirements are becoming more complex, changing by condition and with an increasing local component, and pharma should be prepared to work with that, according to Alfonso. This also means that pharma needs access to payers’ data – to use that information and to create models with it – if it is to answer their questions comprehensively. He flags up the trend towards real-world data, which mostly involves observational research with its inherent bias that needs to be handled during the analysis process.

In addition, organizations need more computer scientists and data specialists working on issues such as merging data sets, especially where formats are different. Furthermore, at a strategic level, he suggests that the groups working on health economics and outcomes research or market access within pharma do not have enough influence on the way their organizations operate in terms of research strategy.

Alfonso describes three powerful tools that pharma organizations can use to enhance their efforts: early modeling and simulation, research prioritization and multiple criteria decision analysis. “I think each one of those tools is really powerful during the discovery and development phase of a new molecule.”

“Early modelling and simulation allows you to determine what you could expect from the PK/PD (pharmacokinetic/pharmacodynamic) modeling profile of a given asset and how it may be performing, and what could be the potential clinical benefit related to a given molecule or mechanism of action. It can also allow you to identify the sub-group of patients who are more likely to respond in a given condition, which is critical because that’s where the greatest value will be placed – on those patients more likely to respond.

“At the same time, through research prioritization you can identify all the different evidence gaps, because when you’re doing the early modeling, you will have to make many different assumptions, which will basically bring their own levels of certainty over those parameters.  So the idea is that you can establish clearly where it makes sense to put your money toward traditional evidence generation.”

“There are many questions that arise when you’re developing any new technology. You have to pursue those that are meaningful in terms of investment, that will reduce uncertainty and improve decision making; if they don’t do that, my advice is don’t pursue that evidence generation. Because, if it’s not going to help improve decision making, then in the end you spend hundreds of thousands and even millions of dollars and precious time and effort to get additional evidence that will not change the decision.

“MCDA can be used as well at different time points. It is very important because it will help you identify the key attributes from different perspectives that a given treatment or intervention will have – and how different stakeholders will value those different attributes. So, for instance, if a patient has identified that the most critical and impactful thing in a given condition is to improve their quality of life or to improve a specific type of function, that’s where your discovery efforts should focus. Because if you reach that, you can then be certain that patients will pay for it even if payers don’t think initially that it is necessary. That is the most critical point: there is an additional market for that.”

Turning to the topic of adherence and related issues, Alfonso says: “We have to understand that the healthcare system is evolving and patients make more decisions than they used to. They make decisions every day that we don’t pay much attention to; their behavior determines how effective a drug can be. You can have the most effective treatment, but if the patients don’t take it, then it’s worthless – so there has to be some understanding of that, and that’s where precision medicine/personalized medicine and also patient behavior needs to be studied more, so that interventions are aligned with the values and behavior of patients. That’s where, perhaps, patient-centricity is critical.”

3 key issues to for pharma to address concerning R&D

1. Ask whether somebody will be willing to pay for the drug during the development process.

2. Is there a clear differentiation of the drug in terms of its efficacy, safety or effectiveness for a specific sub-group of patients where it will be clearly beneficial compared to everything else that is current available?

3. Incorporate technology into information systems – basically bring research into the 21st century – and use that information to help inform internal as well as external decision makers. “The closer we are in terms of the real world, the better everyone is.”

Alfonso acknowledges that R&D productivity is not what it used to be. “The level of expenditure compared to the productivity or the number of new molecules, they don’t necessarily match; and when you add to that the sales, they don’t match either. So if you’re trying to find a correlation between the expenditure in R&D, the number of new products and the sales of those new products, they are not corresponding. For me, that is additional evidence that there is a disconnect between what people are willing to pay for and what we are offering them.”

There may be a higher premium for that but with the assurance for patients or payers that that treatment will work for them. And that’s a different business model altogether because we’re not talking about volume in this case; we’re talking about a very reduced market share but with a high probability of success.

Furthermore, asking the right questions sooner in the R&D process will see many drugs killed at an earlier stage, which should help to reduce the cost of development. “If we ask the question: ‘Is somebody willing to pay for this?’, even if it’s a new drug – a new mechanism of action that actually perform as as well as others – and the answer is ‘No’ then we should simply drop it….

“… Unless we identify a specific sub-group where it works and no other medicine works, so we’re moving towards a personalized-medicine approach in that sense. That’s a different story because, if we clearly identify the sub-group of patients that will benefit and are currently under-served or currently don’t have any treatment that performs as well, we should pursue that to help those patients.

“There may be a higher premium for that but with the assurance for patients or payers that that treatment will work for them. And that’s a different business model altogether because we’re not talking about volume in this case; we’re talking about a very reduced market share but with a high probability of success. In the end, that’s what many patients want and probably what most payers want as well, especially if we’re talking about the most severe populations, which is where you usually find the higher expenditures in terms of healthcare. We’ll have to start thinking about creating products for the minority that respond very well to the treatment, and how to provide them access to those treatments earlier.

“So basically the entire business model has to be recreated,” Alfonso concludes.

The opinions expressed in this interview represent the personal views of the interviewee and do not necessarily reflect those of GSK and its organization. 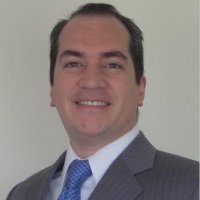