We Need An International Solution for Publishing Clinical Trials

Despite several guidelines stating the need to publish all trial information, an extensive amount of negative data still remains hidden. 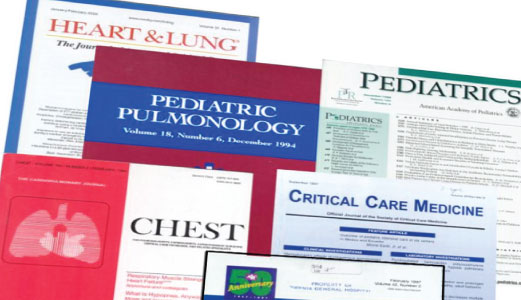 The solution lies in the creation of an international database, regulated by a uniform code that makes it compulsory for manufacturers to publish all initial, ongoing trial data. This should work in combination with stringent mandatory guidelines requiring journals to publish all final data, regardless of its audience ‘impact’ factor.

Last week, the Tamiflu controversy showed that pharmaceutical companies are still not releasing complete clinical trial data. In 2011, independent research revealed that billions of Euros had been wasted to stockpile the Tamiflu in 2010. There was no clear evidence that this drug prevented pneumonia and the original research report was compiled by medical writers liaising with Roche’s marketing department. Similarly, GlaxoSmithKline failed to warn regulatory bodies and the public that their anti-diabetes drug rosiglitazone increased rather than lowered cardiovascular mortality.

However, further evidence shows that journals also prevent the full publication of clinical trial data as they only publish studies with strong or positive findings as opposed to insignificant or negative findings (dissemination bias). Journals are not likely to publish a trial which offers negative results, a bad design or a lower amount of participants as this will not attract readers, citations or advertisement. A 2008 literature analysis demonstrated that over half of all accompanying trials for FDA-approved drugs remained unpublished for more than 5 years after approval, with the exception of significant data results.

Following this, a recent cross sectional analysis states that less than half of the trials funded by the NIH in 2008 were published in a peer-reviewed journal within 30 months of the end of the trial. Additionally, after 51 months of trial completion, a third of the trials remained unpublished. As Ben Goldacre said in a TED MED video, ‘only the freaks get published’ which means that members of the medical community and the public still do not always know the full story behind a particular medication.

So how can we make sure that all trial data is published? There is a two-part solution to this growing problem. The first part could be to set up a new international database where drug manufacturers are required to publish all initial, ongoing trial data as a result of a mandatory, uniform regulation. Secondly, this regulation would also ensure that journals adhere to strict compulsory guidelines in order to publish final data in a timely manner.

Current databases, regulatory or reporting guidelines for publishing clinical trials are not effective. Failure of databases or registries can be attributed to lack of coordination and voluntary participation. Additionally, there were issues with requesting trial data from the EMA and the EU Clinical Trials Register while less than a quarter of the results were logged onto ClinicalTrials.gov despite a national law that required this. Although the WHO and the IFPMA currently operate a single point of ongoing and completed trial information, this data comes from ineffective databases like the two above. Another study on ClinicalTrails.gov demonstrated that most trials which were subject to compulsory reporting did not do so with a year of completion. In addition, a survey highlighted that only a small percentage of high-impact medical journals in China endorsed the international CONSORT statement or the ICMJE’s Uniform Requirements for Manuscripts Submitted to Biomedical Journals (URM).

Consequently, a new international database where submissions of data are compulsory not voluntary would aim to make all information publicly available. Submission of trial information should be regulated at an international level so that a successful effort can be coordinated internationally, irrespective of national requirements. It is difficult to monitor the different national laws regarding clinical trial publishing meaning that a simple, uniform, mandatory regulation would ensure that all companies and journals are collaborating together to publish their data in the required way.

Moreover, the regulation should include strict measures that require journals to publish final negative as well as positive data. Journals should publish the entire manuscript of an end trial rather than selectively reporting information from the document that they believe their audience wishes to see. Once the journal has published their final information, the database could put a link to this information in the relevant section for ease of access. Thus, the combination of the databases and the journals would ensure that all trial data is published. The division in terms of where a type of data submitted is necessary so that companies do not have to choose where to publish certain types of data. This would also reduce the companies’ selective publication as well as preventing useless data being submitted only to one outlet than the other. Therefore, the importance of a database or a journal is not reduced.

In addition to the international database, journals should be funded through other means so that all their income is not dependent on publishing only positive, significant results. Funding should be a collaborative initiative by countries who could aim to collect resources from a variety of national healthcare stakeholders where they are taxpayers, medical associations, pharmaceutical companies or the government. The above international law should require countries to inform the WHO and the OECD about the origin and purpose of this funding so that an audit could check whether the funding was used appropriately. These administrative checks should be performed by an international health ombudsman as created by the WHO and the OECD. These managerial ombudsmen would run the databases by assessing their quality at regular intervals so as to manage any discrepancies, be responsible for any data submission queries while also ensuring that journals promptly publish their set of results within a time period.

To conclude, an international solution compelling companies and journals to publish all types of data would work as all the information could all be managed by one body, one law and in one place. The medical community and patients are entitled to know much more about their medication and should campaign for an initiative that could finally ensure that no data, however insignificant, is hidden.