The big pharmaceutical firms have been touting the opportunities in emerging markets as the cure to offset the slower growth in Western countries. But after paltry growth figures last year, the major drug manufacturers are reassessing their strategies. 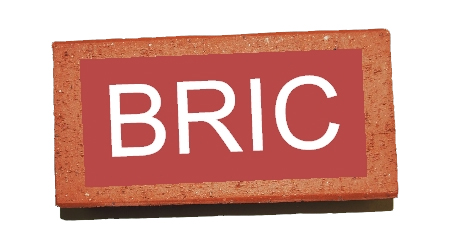 The heavyweights of the drug business - Pfizer (PFE), Merck (MRK), Bristol-Myers Squibb (BMY), GlaxoSmithKline (GSK) and Novartis (NVS) - are discovering that conquering the markets in countries such as China, Russia, Brazil and Turkey isn’t as easy as originally assumed.

Heavy reliance on emerging markets to drive overall revenue growth has resulted in a larger “growth gap” in the industry as sales in these locations rose a mere six per cent for multinational drugmakers last year, half the rate seen in 2011, according to consulting firm Ernst & Young (E&Y). Conclusions drawn from the firm’s analysts estimate that this gap will reach approximately US$100 billion by 2015.  The largest pharma players will need a surplus of this amount in revenue over the next two years purely to keep up with overall market growth.

The attraction of the developing nations as a solution to floundering pharma sales in the Western counterparts proved to be more bitter than sweet in reality. Some countries in the targeted emerging markets even have policies aimed at supporting the domestic pharmaceutical industry over the foreign multinational companies (MNCs). The Chinese government, for example, said last week it would cut prices of about 400 drugs by up to 20 per cent starting in February, the fourth such price cut since 2011. And Dr G N Singh, the Drug Controller General of India announced his intention in October 2012 to prohibit medicines from being sold under brand names in a bid to accelerate the sale of lower-cost generics.  The Economic Times reported at the time that Indian states have been ordered to stop issuing licenses for the manufacture or sale of drugs under brand names.

According the recent report published by E&Y, the firepower of the Big Pharma – that is their capacity for mergers and acquisitions (M&A) – has declined by 23% between 2006 and 2012. This is in stark contrast to the next tier of pharmaceutical companies such as big biotech which have increased by an incredible 61% over a similar time span on the strength of premium pricing power and no generic exposure.

With sources of organic growth strained, an increased number of mergers could go some way to solving the gap issue that the Big Pharma are facing, but it is the structure and management of these joint ventures that will prove whether this is the winning strategy.  Minority partnerships with local companies establishing growth patterns and synergies will be the focus rather than blundering acquisitions. And the utilisation of resources efficiently and effectively will remain the fundamental policy.

Despite the many obstacles that remain, it is clear why Big Pharma is stepping up – and continuing – its efforts in the emerging markets. By 2015, sales in these countries are expected to account for 28% of global pharmaceuticals spending, while the US and Europe are set to continue to shrink.