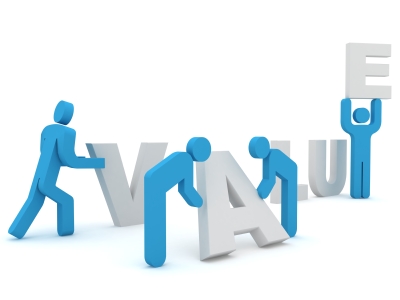 There comes a point for patients with advanced forms of Parkinson’s disease when oral medications designed to boost their dopamine levels can no longer adequately control the debilitating shakes, poor balance and muscular stiffness that characterize this progressive disease of the central nervous system.

As the advancing disease diminishes the ability of their bodies to produce dopamine naturally, the medications are left to pick up more and more of the slack and eventually start producing such peaks and valleys in levels of the neurotransmitter that they become ineffective.

In 2003 Sweden-based Neopharma unveiled a new drug therapy that minimized these fluctuations by using a portable, patient-operated pump to continuously inject a combination of levodopa and carbidopa into the upper small intestine. There was never any doubt that the treatment, branded Duodopa, improved the patients’ quality of life by reducing their reliance on caretakers and alleviating some of the more severe symptoms of the disease.

The challenge was convincing the country‘s Dental and Pharmaceutical Benefits Agency (TLV) to agree to the price Neopharma was seeking under a new value-based pricing system requiring all pharma companies to back up their reimbursement claims with hard evidence that their products are a good use of money available for medical care. (In 2005 Neopharma was acquired by Solvay Pharmaceuticals and has since become part of Abbott.)

Value-based pricing is slowly replacing price-referencing and things like cost of production assessments as governments around the world look for new ways to keep their aging populations supplied with innovative medicines while also keeping a tight rein on medical costs.

In the United Kingdom, negotiations are expected to begin this fall on a new reimbursement system that will grant premium prices only for medications that can demonstrate significant therapeutic improvement over existing drugs or that tackle a “greater burden of illness” as measured by severity of an illness and level of unmet need.

In Japan, where new medicines already receive a price premium if they show benefits over existing drugs, the Ministry of Health, Labor and Welfare floated a plan last summer to include into its pricing considerations elements of health technology assessment (HTA), a multidisciplinary analytical approach that can cover not only medical, but also social, economic and ethical aspects.

The pharma industry has generally welcomed these changes. “The innovative manufacturers are so happy about it,” says Ulf Persson, CEO of the Swedish Institute for Health Economics. “What is important for them is to have counterparts who understand value.”

But that does not mean pharma has had an easy time adjusting. That’s because this new approach requires them to venture well beyond the comfort zone of their controlled clinical trials and into a world where no two patients are alike and where products have to prove their value in real-life settings. Neopharma’s four-and-a-half-year effort to secure reimbursement for Duodopa serves as a cautionary tale of how not to proceed.

According to a case study published in 2010 by the Applied Health Economics and Health Policy journal, Neopharma flubbed its first submission in late 2003 by providing no cost-effectiveness analysis at all.

Its second submission a year later also bombed. Not only did Neopharma try to use the high cost of a six-week clinical trial to justify the price it was seeking, but it also failed to quantify Duodopa’s impact on quality of life improvements, home-based and institutional care, and productivity of caretakers.

Sweden uses a particularly broad view of cost-effectiveness which takes into consideration not only prices of comparative therapies but also broader societal benefits resulting from the treatment.“We told them … either reduce the price by more than 50 percent or go home and do your homework,” Persson says.

Neopharma opted for more homework. To support its third submission in 2007, it commissioned a three-year uncontrolled study that finally assessed the use of resources and quality of life issues in a real-life setting, covering both treatment-naive patients and patients already receiving Duodopa. This time TLV accepted the evidence, but concluded the drug therapy to be too expensive. As a result, Duodopa lost the temporary reimbursement status it had thus far enjoyed.

Only the fourth submission, which provided better efficacy data for the drug and elaborated on the many sacrifices close family members had to make in order to care for their Parkinson’s-afflicted loved one, convinced TLV that Duodopa was cost-effective.

Today pharma companies have a much better understanding of the kind of data reimbursement authorities are seeking. Still, they continue to struggle.

Last September, Novartis pulled its antihypertensive drug Rasilamlo off the German market three months into its launch after it learned that the country’s benefit assessment authorities would not accept monotherapies as the comparative treatment for this single-pill combination of aliskiren and amlodipine. Novartis had no scientific data to back up its value claim against a combination of an Angiotensin Converting Enzyme Hemmer (ACE-Inhibitor) and a calcium antagonist (amlodipine).

Around the same time, Boehringer Ingelheim and Eli Lilly decided to delay the launch of their antidiabetic drug Trajenta until they resolved a dispute with the German Institute for Quality and Efficiency in Health Care over the choice of a comparator drug.

To avoid such misunderstandings, pharma companies need to work hard to understand how key stakeholders in charge of market access define value and what types of data are acceptable to make value claims, says Klarissa Hoday, senior consultant with Executive Insight, a management consultancy for pharmaceutical companies in Europe.

They also need to start gathering the data much earlier in the development process. “They need to start talking to them a year and a half, two years prior to launch,” Hoday says, “not go to market … and [only then] find out that it’s not the data that [the authorities] are looking for.”

Germany’s Bayer has been doing just that. Following a reorganization of its market access division in January, 2010, it now has the flexibility to engage payers as early as Phase I in the development process, says Barbara Jaszewski, head of market access region Europe/Canada for Bayer HealthCare Pharmaceutical.

“In the old interpretation of market access we used to think in terms of hurdles,” she says. “We would jump this hurdle and then the next hurdle. There was this sequential jumping of hurdles. Now we are looking for integrated partnerships throughout the life cycle of the product. And the win-win here for us and for our payer partner is predictability.”

In the United States, a growing number of pharma companies are teaming up with private payers on real-world studies to determine how to treat diseases in the most cost-effective and economical ways.

“Our overall goal is to provide additional real-world information to add to the controlled clinical trial data that is generated about a product,” says Mark Cziraky, co-founder of HealthCore, “to make it a broader informational offering that hopefully is adding much more of what just clinical trials can have for the decision maker.”

In Europe, the Innovative Medicines Initiative (IMI), a joint project of the European Union and the European Federation of Pharmaceutical Industries and Associations (EFPIA), is another opportunity for pharma companies to engage with public sector partners. The value of such collaborations is in pooling resources to get a better read of poorly understood diseases like schizophrenia or rare toxicities of common medications.

“It’s a numbers game," says Dr. Hugh Laverty, IMI senior scientific project manager. “For some indications, you really need access to large numbers of patients or samples to begin to understand either the complexity of disease or how patient-to-patient variation affects drug efficacy. Currently, these numbers are rarely available to an individual pharmaceutical company.”

In its purest form, value-based pricing takes the form of risk-sharing agreements, where pharma companies assume financial responsibility for performance of their own products. In 2007, Novartis, for example, agreed with two German health insurance funds to refund the cost of its osteoporosis drug Aclasta for patients who fail to benefit from the treatment.

“It’s the fairest way of looking at it, but it’s a huge change to the current approach,” says Dr. Andreas Hinterhuber of Hinterhuber & Partners, an international consultancy specialized in strategy pricing and leadership. “In the past, you sold boxes full of pills, and now you are asking the doctors and patients to keep track records to provide data in order for them to do ex-post evaluation of the product.” (For more on risk-sharing agreements, see Managing market uncertainty: Is risk sharing the answer?, Pharma and market access: How to overcome the challenges, and Market access: Risk sharing and alternative pricing schemes.)

It has limitations in the area of orphan drugs, where it is hard to prove cost-effectiveness in a timely manner due to a small number of patients afflicted. There is concern that it may discriminate against small incremental improvements in drug therapies that may not bring a great deal of added value in and of themselves but can lead to significant breakthroughs further down the line. (For more on orphan drugs and rare diseases, see Forecasting for orphan drugs: The data challenge, Patients, orphan drugs and pricing controversies, The power of rare disease patients, Orphan diseases: Connecting with caregivers, and Pharma innovation and rare disease research.)

Debate continues how to assess the value of a product that has different effectiveness for different types of indications. And there is fear that value-based pricing assessments may delay product launches, particularly in countries with a considerable degree of decentralization.

For example, it is not at all clear how cost-effectiveness will be assessed across United Kingdom’s four devolved nations, each of which has its own way of assessing health technology. “Pricing is a very political thing and it’s difficult to see how a conservative government in London will tie up with nationalist government in Scotland,” says one pharma industry advocate.

The jury is also out on whether value-based pricing can actually stimulate innovation. “I am not sure how that’s going to help [pharma companies] develop new medicine in the first place,” says Ginette Camps-Walsh, managing director of United Kingdom-based Medical Marketing Consultants. “Pharma companies are striving to develop innovative new medicines anyway.”

But there is no question that the new pricing system can reward innovation, whether the reward comes in higher prices for truly innovative products or money saved thanks to clinical trials that actually answer the payers’ questions.

For more on market access, join the sector’s other key players at Emerging Markets USA in June and Market Access Europe in October.