False World Vs. Real World: A Strong Argument for RWD

Lucy Brake speaks to Mike Rea, CEO of IDEA Pharma, about how he believes real world evidence impacts current development and trials processes, and the ways in which pharma can take best take advantage of all this offers. 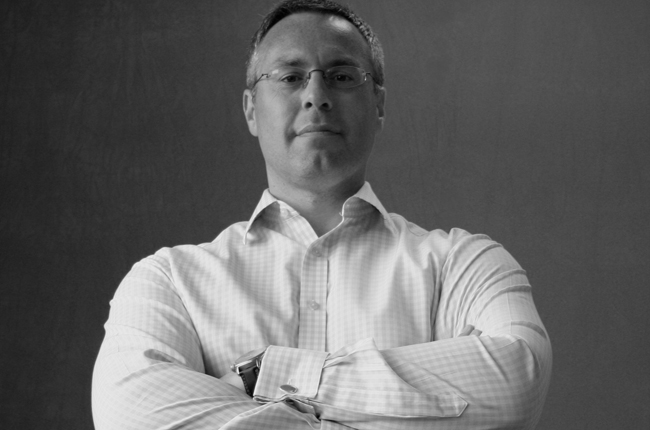 Integrating “real worldness” into the drug development process can be challenging and complex, with a plethora of decisions to make along the way. Rea has observed that in the past pharma has tended to opt for lowest technical risk on the way to regulatory approval and presenting “false world” data to the market at time of launch, meaning that the real world evidence is often added as an afterthought. “Unfortunately, even incorporating comparative effectiveness considerations into the mix leads to challenges. For example, is the standard of care the same in every region?”

“Prescribers want to see that the manufacturer knows this stuff, because it matters to them. Unfortunately, many manufacturers want to do as little of this as possible”

Finding the ideal place for a new drug, both in reality and in perception, is the key focus for positioning and this, says Rea, is where real world evidence comes into its own. Presenting an opportunity to understand how best to use a drug in a regimen, in sequence, in severity of disease, line of therapy, etc., and with what concomitant medications. “Prescribers want to see that the manufacturer knows this stuff, because it matters to them. Unfortunately, many manufacturers want to do as little of this as possible.”

He is strongly of the opinion that the industry needs to understand what part of “reality” it wants to evaluate. So whilst it is critical in the pharmaceutical development pathway to obtain “clean” perspectives of what impact a drug has, the industry is essentially leaving patients with few options. For example, Rea states that it is estimated somewhere around 90 per cent of people living with depression would not qualify for a clinical trial into an anti-depressant, simply because they are too complicated to enrol. “So, as well as reviewing ways that pharma could look at 'all comers' in development studies, we're also looking into techniques to evaluate the data that would produce.”

Some in the pharma industry have questioned the need to include real world evidence in a regulatory submission. Rea is ambivalent about this, but certainly believes that planning for further evaluation should be a key part of the mix. “It is unusual, for example, for companies to be able to pool data from phase II and phase III because of the way those data are collected. Even making this step would be helpful for prescribers”. In addition, rolling studies on, instead of doing the bare minimum, would be helpful as well. “We have seen people deliberately stop trials at six months or 12 months because they believe the effect of their drug will wear off after that - that is the kind of thinking that we'd like to see die out”. Most patients would be keen to know if a drug wears off after 12 months.

With the rise in availability of generic products, among a range of other options patients now have access to, the essential reimbursement hurdle is changing the ways pharma thinks about development. As Rea points out, many companies are starting to realise the need to demonstrate the value of their product against everything else that is available to prescribers. “Considerations of real world evidence can kill two birds with one stone.”

Another factor to add to this mix is that the difference between the molecule and the product will become increasingly apparent to pharma. “The molecule is fixed, but decisions on regimen, device, companion diagnostics, dose, etc., can all contribute to better adherence, tolerability and fitness for purpose of the medicine”, reveals Rea. He is of the opinion that there is a massive opportunity to make drugs more effective simply by altering some of these parameters: “If pharma pays as much attention to this side of its business as it does to trying to find new molecules that could make that same difference to effectiveness”. This could potentially add a whole host of innovation to the process.

Pharma companies generally want to create a competitive advantage, whilst prescribers are interested in understanding exactly how and in what ways a new drug will benefit their patients. Rea explains that instead of companies launching drugs that only beat placebo, and whose effects as part of a treatment strategy are unknown, some companies are looking to be more patient-centric: “That means real people, in real world scenarios, with real diseases”. He notes that incremental advances are one thing, but companies who preach right patient, right drug, right time have to start to deliver on that message.

A key part of real world evidence is companies actually being interested in what happens to their drugs once they are on the market and being used by patients on an on-going basis. In addition, new devices, diagnostics and other aids to patient management have to start to be considered early in development, rather than as afterthoughts.

Rea would clearly like to see a change of mind-set in the near future. “Imagine, for example, that pharmacovigilance, instead of being a 'necessary evil' was to become an opportunity to constantly monitor drugs in the real world”. Quite clearly an optimist, he says that whilst pharma might be worried that their drugs are less effective than they want, they may in fact learn the opposite.

So how can pharma grab the opportunities presented by real world evidence? Rea considers there will be key steps taken by some in the industry to simply integrate their activities, so more pooling of data can be done, leading to better statistical assessment of where a drug works, and where it doesn't. “Apart from that, greater willingness to explore the possibility of segmentation - finding those patients who don't need the drug, or who don't benefit, rather than trying to pretend it works in everyone”. Essentially this means we are likely to see less averaging of populations and more willingness to pre-specify sub-populations.

As Rea so succinctly puts it we can either continue to develop drugs for a false world, and provide evidence of how our drugs work there, or we start to realise the reality of our customers' lives and deliver products that meet those needs. “At the end of the day companies are already innovating in this space, so the bandwagon is already moving...”

Mike Rea will be joining the industry's leading minds this October at the Real World Evidence 2013 summit in Bethesda, Maryland. For more information on this year's presentations or to download a Brochure, visit the official website.