This week the European Federation of Pharmaceutical Industries and Associations (EFPIA) and Pharmaceutical Research and Manufacturers of America (PhRMA) released a joint position paper for responsible clinical trial data sharing to benefit patients. 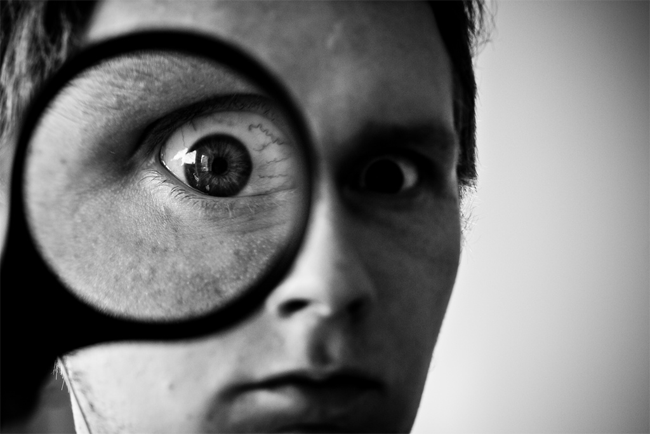 Speaking exclusively to eyeforpharma, Richard Bergström, EFPIA Director General, explains the intentions of the joint position document, discusses continuing concerns over privacy and his hopes that industry and legislators can collaborate on the best way forward for transparency…

EFPIA and PhRMA have publically addressed continuing concerns over a lack of clinical data transparency with the release of a joint position paper which outlines proposals for an industry-led transparency initiative. The paper, entitled “Principles for Responsible Clinical Trial Data Sharing: Our Commitment to Patients and Researchers” outlines the trade industies' joint response to the ultimate goal of making clinical data available to the wider healthcare community while also addressing concerns over patient privacy.

“This document has been in the planning since at least April of this year,” said Richard Bergtröm during an interview with eyeforpharma. It was approved by the board of EFPIA on Monday 24th June and the PhRMA board approved the paper last Thursday.”

The document, which outlines a five point plan for granting access to clinical data, is the beginning for the two industry bodies in a long road to transparency. A road which began, admittedly with more than a slight push from the AllTrials campaign and its founder, Ben Goldacre. Since the publication of Goldacre’s book, Bad Pharma, and his subsequent Ted presentation, calls for transparency have been heard from the European Medicines Agency, the White House and the European Parliament, and legislation is now firmly on the agenda.

We hope this will shape the debate and we hope people will appreciate it, but we’ll see how people react

However the document clearly puts forward the EFPIA and PhRMA take on the issue. And while the principles are entirely voluntary at present (due to American anti-trust laws and the transatlantic nature of the proposals), EFPIA plan to integrate them into their own membership code following further consultation.

“I think [our proposal] is quite progressive”, says Richard. “Maybe not too proactive because it’s coming quite late in the existing process, but it’s not too late. We hope this will shape the debate and we hope people will appreciate it, but we’ll see how people react.”

The joint press release from EFPIA and PhRMA summarizes these minimum standards as:

One of the key aspects of the paper, Principle #1, states that information will be provided to medical and scientific researchers on request and subject to review. This is a long way off from the current campaign for full and free information being made widely available. One of the concerns the industry has consistently stated it has with this suggestion, is the risk to patient privacy. I asked Richard to comment on the concerns, what quickly became apparent is that while some solutions have been suggested for anonymising data published on a mass ­scale; there are still practicalities which haven’t been taken into account.

“If you have a clinical trial with a few thousand patients you’re going to have lots of patients that have had side effects, they’ve had some interesting observations etc. For these people you write patient narratives. For examples a 35 year old patient living in Greater London etc. And if you’re looking at a rare disease, with today’s technology, you can triangulate the person using the information within the narratives.”

“The EMA has actually spent a lot of time thinking about this as we have. We are all very concerned. The EMA have consulted with data privacy experts and they have sought advice from the EU Data Protection Supervisor who have advised them that, in fact some of the currently some data may not be anonymised enough.”

“They want to build an infrastructure in the EMA for holding this information once it has been further edited to redact any potential identifying markers, to anonymised one more layer so to speak. Imagine rewriting all these documents, it’s quite a manual process and because of this we don’t agree with them [the EMA] on the suggested process. That is why we think our proposal offers a much more practical approach which will ensure the data is available for the parties who need to access it, subject to signing an agreement, and further ensuring patient privacy also.”

We have been slow in coming up with a properly considered response, but I do believe this proposal is a well-rounded solution to the issue

The paper isn’t without it’s critics, and rightly so. I ask Richard about a number of possible loopholes, including the hand-picked panels who will grant access to the data and the third-party contract stipulation of point #1. “First of all I think the intention here is clear that we want to make this worth, otherwise we wouldn’t bother. I full understand [the concerns] but my response would be, increasingly our industry is working with research collaborations, we spend less money in-house and more money outside. So what is you’re locked into a strict contract with a partner and they refuse [to share clinical data], they don’t want you to publish anything?”

“We are all a part of this [debate]. We have been slow in coming up with a properly considered response, but I do believe this proposal is a well-rounded solution to the issue. The only thing I regret is it should have come earlier. Now it’s going to be very interesting to see if our critics give the industry the benefit of the doubt and allow us to try and make this work.”

Implementation of the commitments begins on January 1, 2014.