Develop valuable partnerships and understanding to gain access to the market

Building a Biopharmaceuticals Market in Brazil

Brazil’s pharma market is the second largest in the emerging world, and many potentially lucrative investment opportunities are up for grabs for those willing to take the risk. But it’s very clearly a market which is still ‘arriving’, rather than having already ‘arrived’. 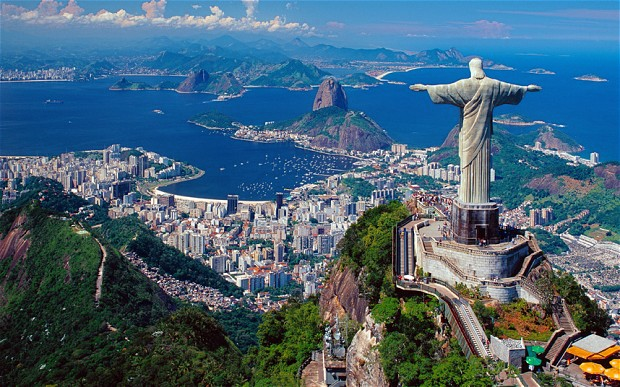 “Brazil needs time to be a global leader in biotechnology, we are very late compared to other countries – far behind China, India, and Russia – so we have to run, but everybody here believes that we still have some time to reach this position,” said Thiago Mares Guia, Medical and Scientific Manager at Bionovis S.A.

The Brazilian market for biopharmaceutical products is steadily growing. According to current estimates, the Ministry of Health spends US$1billion annually on these products, which is the equivalent of 41% of the budget allocated to medicines.

“Brazil's strengths lie with scientific power. We are increasing the scientific production. We have very good universities with very good research centers like the university of São Paolo, where we can find knowledge and good post-graduate courses in biotechnology or related fields,” Mares Guia explained.

Historically there were no biotech companies in Brazil, students had no place to train, or to work, so they ended up being teachers, or researchers.

While the world-class research is an important factor for an emerging market, many challenges remain, including staff shortages, technology gaps, and production chain deficiencies that prevent Brazil from taking the leading position in the market.

“Historically there were no biotech companies in Brazil, students had no place to train, or to work, so they ended up being teachers, or researchers. This is now changing. With the new biotech companies being created, universities have to rethink their curriculum, so their students can be employed by those [newly-created] companies,” Mares Guia said.

A lack of qualified staff is just a piece of a puzzle, with the absence of manufacturing tech within the region also adding to the problem. “We have no manufacturing plants in Brazil. To start manufacturing something, we need to adapt and invest in new technologies, so starting production is going to take longer than in other countries. One solution to this is tech transfer, and now Brazilian companies are looking across the globe for companies to partner with [to bring knowledge, technologies, and skills to the country].”

Partnerships with universities are not an option for now, Mares Guia explains “at the best university in Brazil, São Paolo, there are very good research groups with excellent understanding of how to do things on the bench scale, but not on the industry scale. We have very few initiatives devoted to pilot development, and those initiatives have no experience of completing product development. To partner with somebody with that level of knowledge is not adequate for this moment.”

Another example of challenges associated with partnering with academic institutions is intellectual property, and no patent law awareness amongst researchers. “[At universities] you can find very good biosimilars, but when you look at the genetic construction that has been done, like the vector, you're going to find that the vector has a promotor that has been published in Nature by [someone who had patented it]. Now, a given researcher wasn’t aware of that fact, or of its consequences, like paying royalties forever. Because of that, partnering with universities is, at the moment, too risky, making teaming up with international companies paramount to us."

If you have a product that is in the late phase III, or has already finished phase III then it's a good partner for us.

Companies eligible for technology transfer partnerships are expected to have their product at the latest stage of development possible, with trials done according to the highest international standards, like those of the Food and Drug Administration or the European Medicines Agency. “We can find biosimilars all over the world, like China or Argentina, but they haven't been developed according to those standards from the US/EU. So if you have a product that is in the late phase III, or has already finished phase III then it's a good partner for us.”

Another challenge - gaps in the production chain - remains. “When it comes to preclinical testing in Brazil, there are no companies that have validated methodologies according to the FDA or EMA guidelines. So if we perform preclinical trials of e.g. monoclonal antibodies, we have to do so abroad. Another example, bioassays, like [pharmacokinetics] determination. For PK, we can run a trial in Brazil, but when it comes to determining the level of a particular substance in the blood of a patient or a healthy subject, we need to send [samples] abroad.”

If a company decides to build a manufacturing plant in Brazil – a facility adequately equipped with all relevant technologies – the government would buy this product from the company.

Problems with local production mean that most of the biopharmaceuticals sold in Brazil are imported from foreign countries. To stimulate the local production, the government decided to shift its spending power and create a scheme that facilitates investment in the country.

“If a company decides to build a manufacturing plant in Brazil – a facility adequately equipped with all relevant technologies – the government would buy this product from the company,” Mares Guia explained, adding that this way companies that do not have plants in Brazil would eventually be eliminated from the market for a particular product. “This scenario made companies brave enough to enter the game.”

The program is popular thanks to the prospect of increasing access to medication, and offering significant savings that can be reinvested in other public health areas. “It's a very important program, widely accepted by different stakeholders. Novartis has recently announced a partnership with the government to build a vaccine plant in the north-east region of the country, and there's still room for more companies to join the program.”

Develop valuable partnerships and understanding to gain access to the market