Is it time for the conference to go virtual?

In future, we will see a blend of hybrid physical-virtual conferences, suggests Len Starnes. Here, he talks to eyeforpharma. 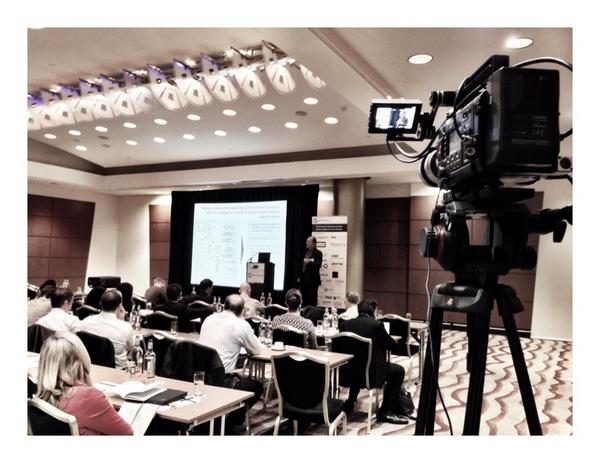 The traditional medical society conference format is no longer fit for purpose: it’s not only hugely expensive for pharma companies to participate but regulation is increasingly restricting what companies are able to do at events – that’s the view of digital healthcare consultant, Len Starnes. Meanwhile, a younger generation of tech-savvy HCP participants are looking for new ways to learn and share the latest thinking online.

Just recently, however, medical societies have begun to “realize that there are some changes afoot.” Starnes’ initial poor experience with a medical society in Europe, where his efforts at social media engagement were frowned upon, set him on a journey to discover how the conference format might be dragged into the digital age. Discussions with organizations that were happy to engage – such as the European Society of Cardiology (ESC) and the European Cancer Organization (ECCO) among others – have confirmed that these events need to be updated.

If new medical advances could be put into practice within weeks rather than years, the benefits would be significant, not least of which would be the impact on health outcomes".

The societies themselves have been noting a number of trends, not least that younger members were becoming less loyal and also questioning the need for the traditional conference format in an age where information is constantly updated online. Just as importantly, medical academics are discussing the “medical advance dissemination dilemma” whereby it often takes up to two years for medical advances to trickle down to clinical practice.

“If new medical advances could be put into practice within weeks rather than years, the benefits would be significant, not least of which would be the impact on health outcomes", Starnes argued.

Perhaps the key driver of change for the pharmaceutical industry, however, is the cost of attending conferences and the increasingly tight restrictions around inviting doctors, or what companies can do with their booths. Inevitably, such restrictions will influence the amount pharma is prepared to spend and, as a consequence, medical societies may face a significant decline in their revenue. The industry also faces the dilemma of not really being able to quantitatively measure its return from conference investments.

According to Starnes, 40-50% of medical societies’ income comes from pharma, “and without such revenue streams many societies will encounter significant difficulties.”

The ESC’s annual congress attracts some 30,000 cardiologists from all around the world to its four-day event. However, its 365 online concept has extended the footprint and conversation around the conference throughout the year, and these resources attract four times as many visitors as the physical event itself. At the same time, the society is seeking to ensure that there is far more interaction before, during and after the event, while shaping the conference program itself becomes more of a collaborative venture with members.

A logical next step is for societies to create their own members-only social networks as ASCO has done with its ASCO Connection initiative, paralleling the growth of HCPs’ social networks globally. “The society social network could be the driver or the hub for the future hybrid event,” Starnes suggests.

He cites the example of other industries where hybrid physical-virtual conferences and tradeshows are more common, acknowledging that pharma often takes time to pick up on initiatives from other sectors.

For pharma, Starnes suggests there are advantages in having a virtual exhibition stand that would continue to draw traffic throughout the year, complementing a smaller physical presence at the physical event.  At the same time, the industry also has the opportunity to rethink its use of sponsored symposia, making them more collaborative and interactive, and integrating them into the virtual environment.

Starnes acknowledges that the stakeholders involved – medical societies, doctors and the pharma industry – are three highly conservative groups. For societies change on this scale is unlikely to happen unless the majority of members demand it, or are at least willing to accept it. On the pharma side, there is inevitable resistance from the compliance and regulatory side, however, much of the concern is currently caused by insufficient knowledge of how the virtual conference component could operate in a fully-compliant mode. On this specific point there is considerable work ahead.

At the same time, medical societies and the industry must agree how future pharma virtual conference participation could function in a mutually-beneficial and regulatory-compliant fashion.To this end, Starnes is intending to lead a panel session featuring a medical society representative, a doctor and a pharma industry executive at eyeforpharma’s 2015 Barcelona event to explore such issues.

Starnes will be speaking at the forthcoming Barcelona 2015 conference, where he will be discussing how medical conferences organized by the most forward-looking societies such as the ESC are evolving.