'The Department of Health has commissioned quite a lot of work, and NICE will play a significant role, but beyond that we don’t know very much more than [the public],' 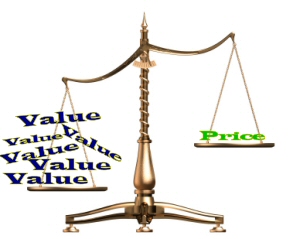 David Haslam, successor of Sir Michael Rawlings as chairman of NICE, said about the introduction of value-based pricing in the UK healthcare at a press conference in London, the British Medical Journal reports.

'We still don’t know the details, and until we do it’s hard to comment,' he added, explaining that the 2014 target would be achieved only if the working pace was significantly increased and admitting that the overall success of the process vastly depended on how radical a change was expected. 'If it’s just an evolution of the present system, 2014 is a more likely prospect,' he said.

Value-based pricing (VBP) is scheduled to replace the current Pharmaceutical Price Regulation Scheme (PPRS) in January 2014, and is expected to achieve a balance between reasonable prices for the NHS and a fair return for the industry, as well as to promote innovation and access. Historically, PPRS has been criticized for putting the NHS in a position where the trust had to pay for expensive treatments that carried no benefit.

Nevertheless, three years after VBP was first suggested, the concept remains poorly understood and the guidelines for its implementation are unclear. VBP was speculated to use Quality Adjusted Life Years (QALYs) as a surrogate measure of value, but neither the methods of calculations nor usable thresholds have ever been defined, according to the Financial Times. In the current system under the PPRS, pharma companies can set their own prices on new substances, although profits that pharmaceutical companies can make by selling their products to the NHS are regulated.

Speculations abound about the involvement of NICE in the development and implementation of the new scheme. As of April 1st the agency has extended its responsibilities to social care, becoming the National Institute for Health and Care Excellence, but the Department of Health declares confidence in the agency’s competencies and capabilities to participate in the introduction of VBP.

'We have already made it clear that NICE will have a central role in the value-based pricing system, including undertaking an assessment of the costs and benefits of different medicines, drawing on its world-leading expertise. We … confirm that NICE will be responsible for the full value assessment of medicines under the future system,' the Department of Health said in a statement, explaining that NICE will be now given a broader score for the cost-benefit analysis of new medicines, aiming to make sure that price of a treatment is reflected in the value to patients and taxpayers.

It now remains for NICE to commence this value assessment in order for VBP to become the currency of Pharma in the UK.