eyeforpharma editor, Craig Sharp, speaks to digital and social media expert, Rebecca Jones of BBC Worldwide about the implementation of multi channel and the importance of cross channel collaboration. 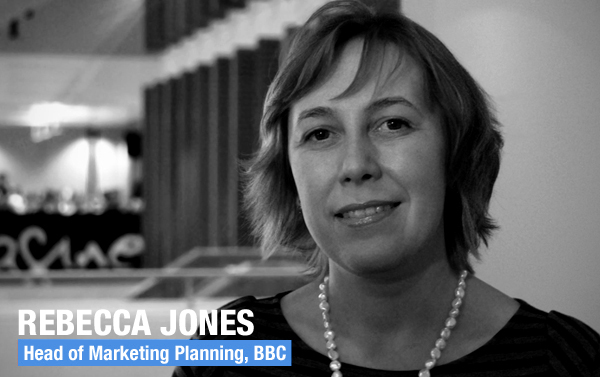 Ahhh, digital, that word that encompasses so much and yet, in reality, means so little. “Digital” of course has been around for quite some time. What kid didn’t own a digital watch in the 80s or 90s? Whose parents didn’t keep a digital clock radio by the bedside? Hell, even an abacus could accurately be described as “digital” if taking the word literally.

What we really mean when we talk about “digital”, are the myriad technologies and platforms that have since adopted this moniker. Mobile technology, social networks, blogs – have all permeated every aspect of modern life. And yet despite this widespread adoption of “new” technology in our day-to-day lives, business as usual is slow to catch up.

One industry which is naturally streets ahead of others is of course the media industry, utilising streaming video, web publishing and social media to arguably their full potential. Media seems almost untouchable in its online strategy, with other industries such as, say – pharma - paling by comparison.

However despite a seemingly natural affinity for all things tech, all was not always wine-and-roses for media groups. I recently interviewed Rebecca Jones, Head of Marketing Effectiveness at BBC Worldwide about how they reshaped their established marketing strategy, achieved senior/staff buy-in and how best to tackle the brave new world of multichannel marketing.

“BBC Worldwide have been going from strength to strength in recent years, and over the last decade BBC Television has made a lot of headway in foreign markets – the US in particular. What kind of role has digital played in pushing that growth forward?”

I think it’s played a huge role, and it’s increasingly an even bigger factor. We have business objectives and targets to reflect that. Our target for last year was that digital would be 12% of our revenues, for 2013 we’re looking at 15%, so it’s a real focus area for us.

“Do you have any advice for how to combat resistance to new digital strategies?”

From my point of view everybody now, every marketeer and everybody beyond marketing needs to be thinking in a digital way and about how digital can help their strategy.”

A lot of the work I’ve been doing on the capability and training side here has been about democratising digital. Making every individual in this business feel ownership and largely that’s been about feeling empowered and confident to talk and engage in digital.

“What would you say your biggest successes have been in this area?”

One of the initiatives that I was very proud of, that I spearheaded this year, was an event called ‘Digital Power’. It was over two weeks and we ran over 20 sessions where anybody in the company could come along and get completely hands on, down, and dirty with digital!

We had people out for a day learning how to code, we had workshops on how to build an app, where to start, what are the considerations? Anybody could come, people from legal came, finance, marketing, anybody in the company could attend.

It was! Twenty of these types of sessions where everybody could really get their hands dirty. What we’ve found here is that, while it’s great to have inspirational speaker sessions, where people come in and they eulogise about the future and how we need to change in terms of digital, but actually what people really need is to get hands on, be able to ask silly questions and just build their confidence. Once they get close to actually doing something like building a website or an app, then people just feel completely different about digital.

I think it's about getting the whole organisation, senior stakeholders to, if you like, push away those barriers and just get them out there learning about this. You know, no question is stupid. That had huge success, as part of that we even launched a community/social sharing tool, where all of the sessions we did were videoed, people could talk about the sessions ,we had global engagement. For me that's what you need to do, you need to have people who want to drive this and embrace this, just invite people along for the journey.

“Bringing it back to multichannel specifically, what does the term “multichannel marketing” mean to you?”

For me, I don't really think about "multichannel marketing", my starting point always has to be "who is your consumer", "what do you want to say to them", "How do you want to engage with them", "what behaviours or attitudes do you want to affect and change". And now what is the best way to reach them?

It always for me has to come from the consumer; starting anywhere else is a bit cart before horse for me.

“So it's very much the objective dictates the approach?”

Absolutely it is! Nothing has changed; it's just we have more options available to us, we have more channels and we have to think about what impact marketing in one channel will have on another channel, for example.

These are all considerations, this is what has changed, but what has not changed is that great marketing is about understanding your consumer and then how to reach them. Multichannel is possibly one solution to that question.

“What would you say is the single biggest mistake in multichannel?”

(Laughs) Well don't approach things in isolation! You often have a channel leader for each thing, they’ll go off and do their own thing and it doesn’t come together, it doesn't really work.

“Okay so now let’s flip that on its head, what are your top things to remember to do when approaching multichannel?”

So, I'm thinking of one example, I won't name the company but I've seen three or four clear sales channels for a certain product and all of those channels were in competition with each other, not in collaboration.

“Which of course isn't just counter-productive but can actually be destructive to the overall campaign?”

Absolutely! This one company, I was out with one of their sales guys and I asked "who's your competition" and he said the people in the other channel "the people in telesales are my competition.”

(Disbelief) “That’s...that's really got to hurt to hear that!”

Yes! Not, you know, the biggest competitor - as you or I would deem, out in the market, but "those guys over in telesales" (laughs). Unbelievable! But for me, businesses come down to the numbers, profit, targets, bonuses and the people who are driving those businesses.

For me, the biggest thing you've got to have in place is a collaborative cross-channel target where you are all working towards the same end goal and you're being incentivised to drive business to each other, and you're all seeing the benefit of that.

“Right. So whether it's print, radio or digital it's all just a means to an end at the end of the day - just one tool in the toolbox?”

Yes, I think that's probably the kind of toughest thing that is stopping, I imagine, the right thinking to be progressing in the way it should be. That the way people are incentivised and bonused and targeting. But you know to change that, easy! Not!

“In terms of implementing culture change - do you think the best way to effect that change is from the top-down or from the bottom-up?”

I think it's important to do both. One approach we took when we were educating the business about CRM was we selected marketeers and non-marketeers who were change-agents and champions, and we put them on a six week course where they were engaged in workshops around CRM to learn more about it.

They drove the message from the middle out, rather than the bottom-up. And then at the same time we spent four hours with our board doing a workshop on CRM, getting CRM experts from other businesses to come and talk to us, presenting our plans.

Want to learn more about multi channel implementation? Rebecca Jones will be joining us at this year's Multi Channel and Mobile Strategy Summit in London this November. Visit the website for more information and to download the brochure!