“What’s most important is that companies and people are able to utilize a tool that’s simple and easy to use, without a requirement for a power source, or technology, or making patients bankrupt,” says Anthony Londino, in an interview about how difficult it is to take a pill. 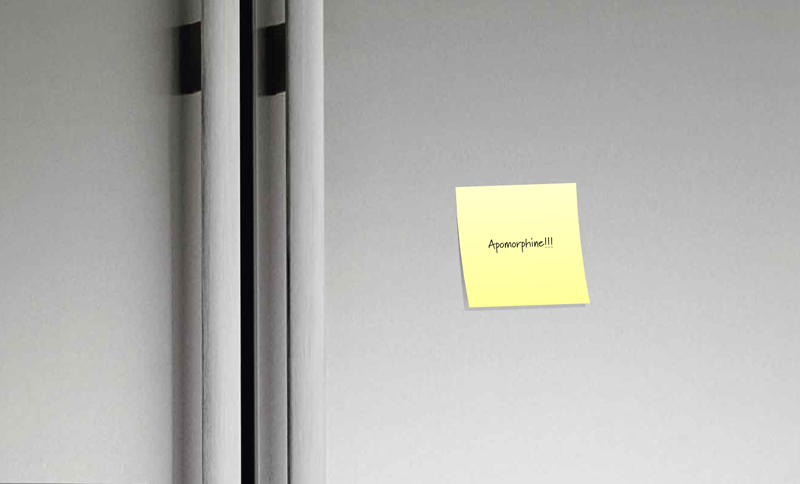 On a day the UK saw a brief glimpse of spring, and the US switched to summer time, in an exclusive interview with eyeforpharma, a family of three shared their patient journeys that culminated in a patented solution that could ease the minds of anyone with a prescription.

“My mom's been diagnosed with Parkinson's disease and she's got high cholesterol, both of which she's got to take medication for each morning for the past four years,” says Michael Rose Beadling, Londino's niece. “Before that, she was on hormone replacement therapy, she had to take estrogen patches and progesterone pills, and that was really complicated because the patches you have to change twice a week, and the pills she only had to take for one week out of the entire month, so the scheduling was difficult.”

“People don’t take their medication because they don’t remember, and they don’t have a method to confirm that they have taken it”

“Estrogen patches came in a box,” Patricia Londino-Buck added, clearly struggling. “You had to take the patch out of a box and you had to mark it and if you forgot to mark it, you had to take the patches out, count them all, and try to remember when you took them, “It was very complicated and quite scary. If I forgot to take a patch, I would end up at the doctor’s office, in excruciating pain, where he’d tell me I needed to find a way to remember what and when I’m taking. This got me thinking about how I could make it easier for myself,” she said about the experiences that inspired her own invention.

“The most difficult thing is that then and now, no adherence tool was available, nothing to help keep track of medication, to prevent over or under-dosing, without taking the medication out of its original packaging, like pill boxes do,” Beadling added.

“People don’t take their medication because they don’t remember, and they don’t have a method to confirm that they have taken it,” Londino explained. “With the advent of technology and cell phones, and wireless, support systems become very high tech, requiring gadgets and internet access, power sources etc, making it so complicated that after three weeks people stop using them,” he said, stressing that what patients need is a low-tech, high-impact tool to confirm whether or not one has taken one’s pill.

Information isn't enough to ensure that patients follow treatment recommendations, and research has shown that individual's circumstances, personality traits, and socioeconomic factors have a far greater impact on compliance than does disease awareness. The Health Belief Model proposes that patients will only follow doctor's orders when they believe that the benefits outweigh the barriers, so for any regimen to be successful, it must impose minimum restrictions on patients' daily routine and require little changes to their lifestyle.

“I have two young children, six and three, they want my attention from the moment they wake up to the moment they go to bed, and keeping track of my medication and their medication, and my Mom’s medication [at the same time] is tough. People just don’t realize how difficult it is to take a pill. I was pretty shocked to learn how often people get sick because they don’t take their medication the right way,” Beadling explained.

Within the first six months of treatment, patient non-compliance rates run at 40%-70%, most often due to side effects, delays in effect or no effect at all, as well as confusion and forgetfulness. Each year, failure to comply with medication prescriptions is costing the US healthcare between $100-289 billion, resulting in 125,000 deaths, and accounting for about 10% of all hospitalizations, The Atlantic Monthly reported.

“Taking multiple medications is similar to meeting new people at a party,” Londino remarked. “You’re introduced to someone for the first time, and fifteen minutes later, after you’ve moved on to meeting other people, you won’t remember the name of the person you’d just been introduced to.”

With treatment regimens being so complicated in and of themselves, it’s important to have simple adherence tools that operate with a minimum amount of complexity in order to keep things straightforward and, more importantly, easy to remember.

Solutions should be effortless to use and inexpensive, and switching to better packaging has been recommended as one of the steps toward improving compliance. “People want things to be as simple as possible, if it gets too complicated, people are moving on,” Londino said.

Nevertheless, high-tech solutions are an ever-increasing presence in patient care and compliance, through telemedicine that provides remote and immediate access to information, text services e.g. iReminder that send reminders to your phone, and downloadable apps like MedMory available from iTunes for free. And while these solutions may resonate with generations X and Y, the elderly population often has difficulty understanding these systems and can often find them intimidating.

For those who prefer simpler solutions, there are the well-known pill boxes, which allow patients to organize and schedule their medication appropriately, and GlowCaps, which sit on top of the medicine bottle and light up when it's time to dose up.

One of the latest inventions however aims to simplify things even further, MedSked, invented by patient Patricia Londino-Buck.

“Certainly getting a reminder on your cellphone to take the pill, that’s good, but it’s not easy. First, you need internet access. Second, you need to pay for the internet access. Third, you need to buy software. I’m not saying people won’t use apps. Some people will, some people won’t. Some people don’t want to be intruded upon, they don’t want to load software and to have to long onto their tables, or PC, or iPhone, when they can simply take a look at the bottle and that’s it! It’s the concept of a post-it note: simplicity, ease of use and affordability.”

MedSked, short for medication schedule, is a flimsy plastic sleeve with paper columns on it that has the days of the week on the left-hand side, and perforated tabs on the right-hand side. The tabs adhere to the sleeve, which adheres to itself, meaning that the prescription label is not permanently covered. It makes keeping track of medication convenient because for each pill swallowed, one tab is taken off; making it simple to confirm a particular dose has been taken as needed, without taking the medication out of its original packaging.

“It is completely customizable based on dosage, medication, and language,” Londino continued. “It is founded on simplicity. Simplicity equals ease of use, ease of use equals adherence. Pill boxes are used by people who are willing to take time once a week to fill out their boxes. MedSked is for the very active business-person, or family member constantly on the run doing things, not wanting to take the time to move their pills out of the box and put them in individual compartments.”

“It's so simple, it's right in front of me, I take a look at the bottle, and there it is! I can't miss it,” Patricia added in a hoarse voice, and apologized for not having been able to tell me more. “I'm not really good at speaking, but everything that has been said is true, it's hard to remember what you've taken and when. Now I look at the bottle and I can see if I took a pill, how many are left. It's ridiculously simple.”