How to predict non-adherence 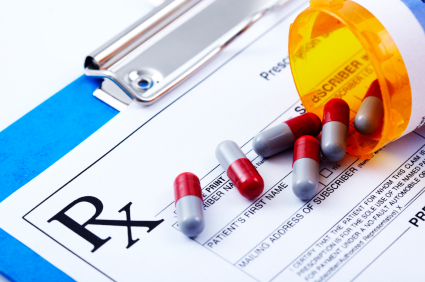 Every day thousands of patients fail to fill their scripts, and every day, it seems, pharma hears about another solution that purports to get those patients back on track, via text messages, Web portals, pharmacy phone calls. And yet still the problem persists, year after year, and, according to some statistics, is growing more acute. That reality has led to several new, proactive solutions that aim to identify patients who are likely to be non-adherent before they get a chance to exhibit the behavior.

One of these solutions, the Patient Activation Measure, is already commercially available from Insignia Health and looks at patients’ overall ability to manage their health, including their medicines. “In our own lives, we all know people who are very proactive about their health and others who are pretty passive,” says Dr. Judith Hibbard, lead researcher on the Patient Activation Measure and a professor of health policy at the University of Oregon. “We’ve developed a way to accurately measure that level of activation for the healthcare community.”

The other solution, Merck’s Adherence Estimator, focuses exclusively on adherence and is currently being tested in the US. “If you can identify patients at risk of non-adherence, you can specifically target them and hopefully intervene before they become non-adherent,” says Newell McElwee, executive director, US Outcomes Research at Merck. “It’s potentially a much more effective way to approach the problem.”

Part of the challenge of addressing non-adherence is that it seems to stem from so many different sources. Where some patients stop taking medicine because they don’t like the side effects, others might be deterred by cost or self-diagnosis (I feel better today, hence I don’t need to keep taking my medicine). And then there are the folks who just plain forget.

Both the Patient Activation Measure (PAM) and Adherence Estimator teams tackled the problem by creating an organizing framework. Hibbard and her PAM colleagues approached an expert consensus panel, focus groups, and literary resources to determine what qualities patients with chronic illnesses need to effectively manage their conditions. “Our definition of patient activation focuses on what the patient believes their role is, as well as competence and knowledge for taking on that role,” says Hibbard.Once Hibbard’s team had a framing definition, it created questions to target the various characteristics of activation and used psychometric analysis to measure responses.

Similarly, the Merck team looked at the various levers and supposed predictors of adherence and distilled them down into a “proximal-distal continuum”; that is, a continuum that measures which causes are closest to determining future adherence and which are more remote. “It’s a way to collect everything we know about adherence and determine what’s most important versus what may be statistically significant in some studies but probably not the most important factor at the end of the day,” says McElwee.

In its final form, the Patient Activation Measure is a survey that generally has 13 questions, though it can be reduced to six or 10 questions, depending on the situation. The questions are declarative and ask the patient to “Strongly agree”, “Agree”, “Disagree”, or “Strongly disagree”. A typical question states: “I know what each of my prescribed medicines do.” Another states: “I can tell a doctor my concerns, even when he or she does not ask.” “Essentially we’re measuring an individual’s self-concept as a self-manager,” says Hibbard.

Merck’s Adherence Estimator, meanwhile, consists of just three questions. The first addresses the most important predictor of non-adherence, according to McElwee, that of commitment to therapy. The next addresses concerns about side effects, and the third probes into worries about cost.“There’s a million questions you could ask out there,” says McElwee. “The challenge is how to get it down to a manageable few.” Ultimately, the Merck team tried to minimize respondent burden without compromising the effectiveness of the tool.

To date, the Patient Activation Measure has been translated into 16 languages and is in commercial use by US hospitals, medical homes, health plans, and various pharma companies, including AstraZeneca, Roche, and Sanofi-aventis. Insignia Health receives four to five research license requests a week from around the world. “Having this measurement has provided an enormous opportunity to understand what’s going on with people at different points along the activation continuum,” says Hibbard.

McElwee says the tool likely won’t be widely available for another several years. “It’s an ongoing project,” he says. “Once you identify patients at risk, there’s the question of what to do about them. We still have a lot of work to determine what those solutions should be and who they’re best delivered by.”

As McElwee suggests, even if you can identify patients with low activation or non-adherent tendencies, you still have to do something to get them on track before they derail. The good news is that, as with any bad habit, it’s easier to address the problem before it starts.

Physicians, for instance, can see a low PAM score and know that they shouldn’t overwhelm the patient with too much information. They can explain medication, and nurses can immediately follow up with phone calls to make sure the patient is comfortable with the drug and its side effects. “People with chronic illnesses have big long lists of things to do,” says Hibbard. “It can be overwhelming, so it’s important to give them permission to not do it all at once. Break it down into smaller steps, and let them experience some success. That’s how you build confidence.”

Insignia Health has developed a “Coaching for Activation” solution that helps build a foundation of knowledge and confidence in patients through tailored phone calls. Insignia also offers “Flourish”, an online forum for patients to manage their diseases and receive one-on-one coaching.

Likewise, Merck is testing tailored messaging in several of its studies and is experimenting with financial incentives through value-based insurance design (VBID). (For more on VBID, see ‘Adherence and VBIDs: Delivering real patient value’; for more on incentives, see ‘Using incentives to improve patient compliance’ and ‘Redeeming behaviours: How incentive programs can improve adherence’.)

It’s also entertained the possibility of engaging alternative messengers—like, for the African-American community, ministers or barbers—to convey messages of adherence and support. “The people delivering support can be physicians, ministers, barbers, nurses, physicians assistants,” says McElwee. “It could be any number of vehicles. What truly makes the difference is how much trust the patient has in the person delivering the message.”

For more on adherence, join the sector’s other key players at Patient Summit Europe on May 29-30 in London.