How Do YOU Put Patient Needs at the Centre? Incentivize Behaviour that Puts Your Customer First

The industry has long been aware that the customer landscape is shifting, but it isn’t necessarily true that all have managed to grow responsively to this. Structures and cultures that long seemed just fine now appear dated. Worse still, they are visibly out of touch with customer needs. 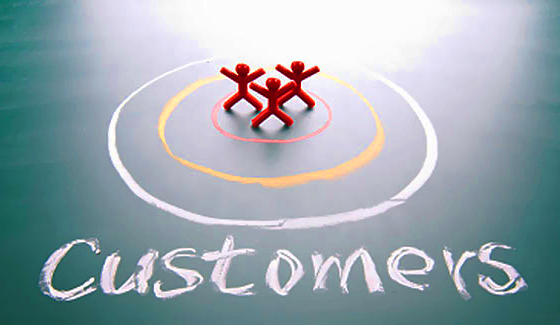 The barrier to change for our industry is that the key players are veritable behemoths, and their old habits die-hard. While most have been aware of the need to re-align the sales force, it is hard to encourage a shift in approach for top performers. Indeed, why should they be expected to change when familiar habits have served them well?

GSK were one of many who noted this shift, but one of few who managed to innovate and implement a solution. eyeforpharma interviewed Jo Comiskey, Vice President, GSK to find out more.

Comiskey describes the context in which the program was created, saying, “It was clear that for everyone customer needs were paramount. Every piece of field research that was being fed back to us was that this was becoming more and more important.”  Given the changing environment, it was imperative for GSK to ensure that their operations and sales-force were presenting a reflection of their company values. However, the feedback coming from those on the ground was that this was not the image being projected.

Through further investigation, it became apparent that the current compensation system was distorting interactions with customers. The incentives in place were driving behavior that did not match with customer needs. It was clear that the current structure had to change, and this prompted a radical overhaul of how GSK were motivating its sales force. Comiskey notes, “realigning the compensation structure can be seen as better positioning our team to the customer needs, but it can also be seen as process that was necessary to ensure that our sales-force were representing and aligned with our values as a company.”

In 2011 GSK created and began to implement their new incentive structure and its moniker, ‘patient first’, reflected the new direction the company had resolved to take. In December, GSK officially announced a permanent, global change to their incentives system which would finally cement the sales function to the customer’s needs. Change which began with the ‘Patient First’ program in the US which Jo talks us through.

The program works by decoupling their incentives strategy from results, and instead linking performance pay to customer satisfaction scores. By removing volume sales as a key motivator, they were able to enable their sales-force to focus solely on delivering value.  The philosophy was to directly change the attitude and approach of the sales-force.

Physicians who previously would not open the door to GSK representatives would now allow members of our field force to make an appointment.

The implementation of the Patient First program was by no means plain sailing; the sheer size of the organization that they were trying to change was a considerable obstruction.  Jo describes the situation, “When you conduct any large organizational change there is resistance to change. The classic barriers always lay in the way. It is important to adopt a tactile approach and sell the issue internally.”

The difficulty of overcoming these hurdles certainly seems to have been worth it, the patient first program has been a resounding success. Physicians have noticed a shift in field force behavior, and have been reassured that opening their doors isn’t an invitation to be sold to.

The new working relationship is ultimately better for the patient too. In this new environment, the field force is increasingly able to focus on supplying valuable medical information to the physician, which in turn improves the physician’s capability to make the best treatment decisions. Comiskey says, “our research has shown that changing to a patient first approach and removing the connection to sales really did positively impact how our field force were viewed by physicians. Physicians who previously would not open the door to GSK representatives would now allow members of our field force to make an appointment.”

We are proud to have led the industry with this approach.

This shift in strategy by GSK is being reflected by the industry, as pharma seeks to redefine itself as an industry with the customer at the center. While each company is experimenting with this transformation in different ways, one thing is for certain; the shift towards a more customer-focused approach is better as a whole for industry. The patient first program should be seen as a positive example of how pharma can reform its compensation system, and if others adopt this approach, it will undoubtedly have positive spill-on benefits for all. Comiskey concludes, “We are proud to have led the industry with this approach.”