Has direct to consumer marketing in pharma had its day? 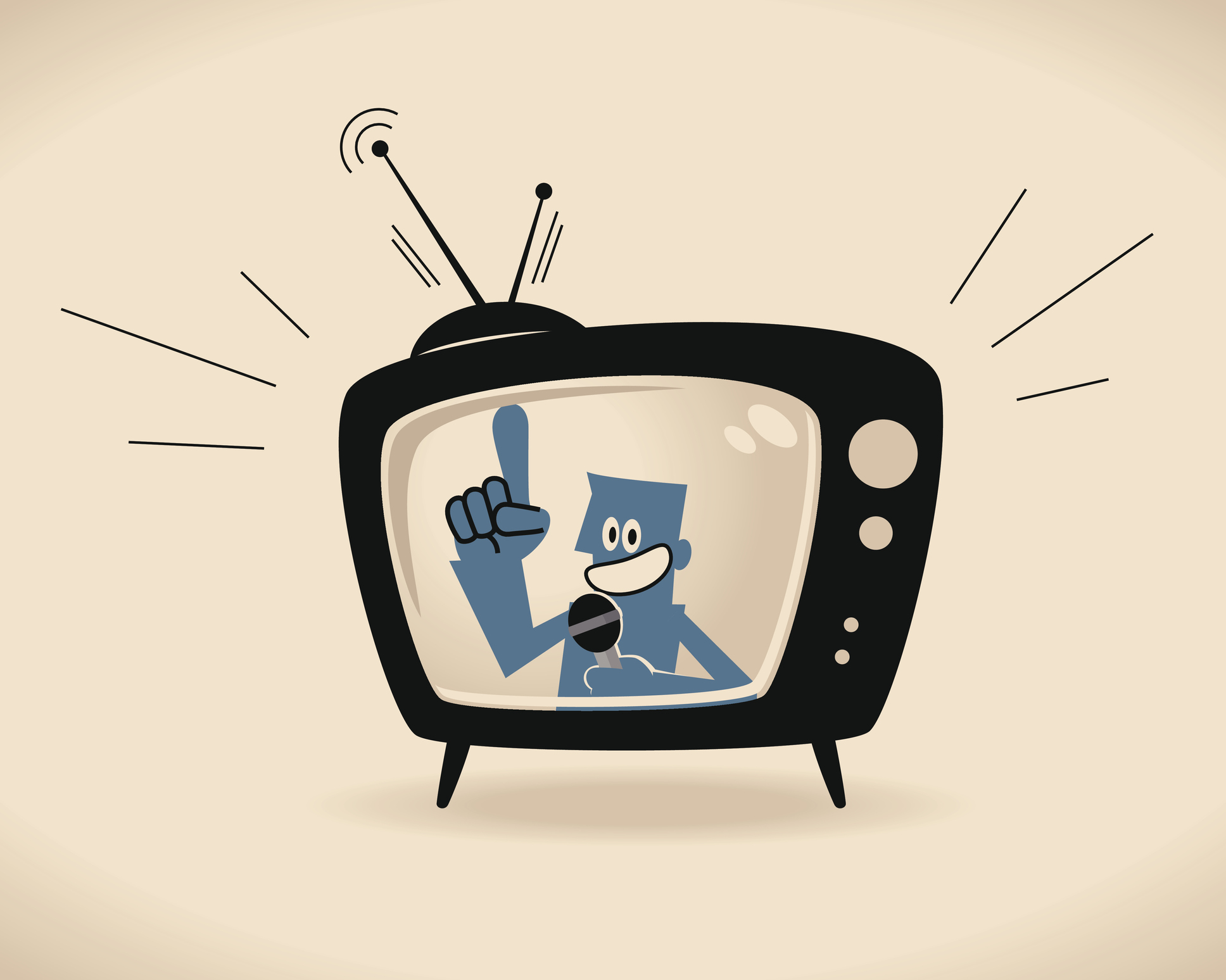 
As a couple run along a beach, waves lapping at their feet, they look the picture of health which, voiceover and graphics suggest, is due to a prescription medicine that has overhauled their wellbeing. “Ask your doctor for Drug X,” you’re told.
For television viewers in the USA, it’s not an uncommon sight. As the only country in the world other than New Zealand to allow direct-to-consumer (DTC) advertising for drugs, prime-time television ad slots are dominated by medical marketing.
DTC advertising is a multi-billion-dollar industry and remains the cornerstone of American pharma marketing. The premise is that by raising brand awareness, patients approach their doctors requesting specific medications which may be of benefit to their conditions. But in a complex environment involving rising costs, engaged patient populations, personalised medicine and outcomes-based healthcare is the DTC model still working for pharma?
A billion-dollar industry
DTC advertising more than quadrupled between 1997, when the rules for DTC broadcast advertising were relaxed, and 2016, reaching $9.6bn, a third of total medical marketing spend in the US, according to researchers from Dartmouth College. Around $6bn of this was for marketing prescription drugs. Diabetes, dermatology and chronic pain drugs had the highest marketing spend over the two-decade period of analysis.
The assumption is that DTC yields a good ROI, says David Impey, Director of BigBear Communications, a strategic commercial consultancy to the life sciences industry. “People are still, as far as I'm aware, operating on the premise that for every dollar you spend on TV advertising in the United States, you get $2.10 back, so it pays.”
Data suggests that online advertising offers substantially higher ROIs of 5:1, thanks to finer targeting of intended audiences, but digital advertising is still relatively small, thought to amount to around $3bn, according to figures from Statista.com. 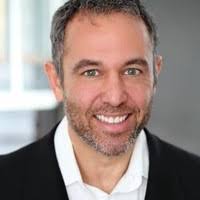 The effectiveness of TV ad campaigns, meanwhile, which sit within a crowded information space is questionable, says strategy and marketing executive John G. Singer, founding partner of Blue Spoon Consulting.
“When you go to a commercial break, it’s drug ad, followed by drug ad, followed by drug ad,” “It's completely lacking in common sense or logic that that resonates. It can't. I'm of the mind that 90 percent of it is vapour.”
A creative desert
The ads tend to be “formulaic, safe, non-disruptive and boring from start to finish,” says Impey. “It’s the same advertising that’s been running since I started in the industry in the 1980s, there’s no innovation in this space.”
To demonstrate this homogeneity, Impey displayed an ad for Enbrel, a biologic which treats autoimmune diseases including rheumatoid arthritis, during a presentation with the brand name removed. “I asked everyone what the advert was for, and nobody could tell me.” There was nothing to distinguish the ad from plausibly being for any of the other brands David suggested – Coke, McDonalds or Preparation H, for haemorrhoids.
Even if those in the creative services and advertising industries vie for change, they find themselves shackled by pharma, says Singer. “You run into risk management on the part of the brand teams. They're not going to go to the mat and fight with legal and regulatory teams about pushing the envelope on the creative. It's just safer to check the box and basically stylise a package. It’s not positioning the industry for the future, it’s perpetuating the past.”
Meanwhile the ads themselves present an uncomfortable dichotomy in the idyllic images and lifestyle implied with taking a product, contrasted with the contra-indications and warnings in the voiceover and small print, which are regularly as severe as heart problems, suicidal ideation and even death.
“That’s fair enough, they’re obliged to do it but it’s utterly incongruous,” says Impey. “I think DTC advertising hurts the healthcare industry, because it makes us look out of touch, box-ticking, unimaginative and all the things we shouldn't be, because most of the people I know in the industry are passionate, dedicated people.”
Cost and reputation
Such reputational ramifications are also seen in the increasing focus on drug pricing in the US, which is likely to become a defining factor in the future of DTC advertising.
“The argument that pharma’s trying to make, that the pricing model reflects the value of the reputational risk, falls apart when you see that much money being spent on marketing,” says Singer. “Pharma is also trying to say that they really care about patients, which may be true, but that message is not going to resonate when you're spending $40billion or so a year on advertising.” 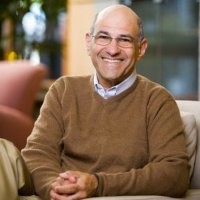 “I honestly don't think DTC advertising is good for the products or the corporations right now,” says Andrew Schorr, someone who has a better insight into the patient perspective than most. A medical journalist who has been living with chronic lymphocytic leukaemia since 1996, he runs cancer support community Patient Power, and has both personal and professional experience to draw on.
Cost, clearly a major consideration for patients, impacts impressions of the pharma industry, he says. “You expect the manufacturer to keep working on better products, but you also expect them to be priced reasonably. I take a pill that costs $165,000 a year and while insurance covers most of that, the cost to me is still thousands of dollars of year, so it's natural for me to ask if there are ways the drug could cost less. If I see TV ads that seem, to me, to be a waste of money, I’m thinking, as a consumer, ‘Why don’t they save money on that and lower the price of the drug?’”
As for the upcoming introduction of the list price of drugs on TV ads, Schorr remains unconvinced, due to the variation in co-pay prices depending on insurer. “You can't boil it down to just one figure. For the very medicine that I have to pay $700 a month for, I know people who pay zero. All the list price is going to do is make more consumers say, ‘I can’t believe it costs that much, it should cost less.’”
What’s more, one bad apple spoils the whole bunch. “Pharmaceutical companies are as weak as their weakest link. Firms may be very ethical and responsible, but if I’m hearing negative things in the press about drug companies and seeing TV ads that say these medicines cost $150,000 a year, it’s not a good picture.”
Crusading for disease awareness
In addition to drug-specific adverts, DTC advertising also takes in wider disease awareness campaigns. Focusing on a condition, rather than a product, is, of course, the way companies market in many territories where DTC is banned, such as Impey’s work on a prostate campaign in the UK in the 1990s.
“We used posters, radio spots and local newspaper advertising to tell people to see a doctor if they had these symptoms. They didn’t say, ‘Ask them for Flomax,’ because it didn’t matter. By the time we were running these campaigns, Flomax had already achieved some level of pre-eminence. By and large we got a pat on the back from everyone, including the GPs.”
However Singer urges some caution over perceived impact. “The impulse is to say that people will be aware of the disease and might have the behaviour change to come and seek treatment. But taking diabetes and obesity as an example, there’s no shortage of disease awareness campaigns, but that's not stopping the epidemic from spreading worldwide, so something isn't right in terms of content resonating with customers.”
This is, at least in part, due to the saturated information environment everyone navigates on a daily basis. “You’re looking for white space and that’s hard to find,” he adds.
Outcomes over adverts
For Singer, traditional DTC advertising is at odds with the emerging outcomes-based economy. “The former operating model for the pharmaceutical industry is the industrial age, in the sense of an operating on a promote-and-push basis, with the benefit story of a product, as opposed to understanding how the product can fit within a broader context of outcomes.”
The crowded molecule market and the move towards Netflix-style delivery systems across the US is pushing pharma in this direction anyway, he says. “It can’t be, ‘My drug works,’ because they all sort of work. It’s how you can conceptualise a story about health system values, as far as outcomes at scale at a very large level. The drug is an input to the outcome.”
The age of personalised medicine will further impact all kinds of DTC advertising, says Schorr. “It’s a train coming down the track. One person's lung cancer is not the same as another’s. You each have unique combinations of drugs. If you’re just advertising drug A or drug B, it’s not enough.”
Singer cites Merck’s go-to-market approach with an entirely new infrastructure to capture data and real-world evidence around multiple sclerosis and assess, understand and service it, as a good example of this in practice.
But approaches such as this are rare, he adds. “There are spots of it, but in terms of it being a consistent theme in go-to-market strategy, it's not there yet, I think partly because it’s still very much an industry that thinks in terms of taking the technical merits of drug first, as opposed to working back from outcomes as a whole.”
Ultimately it comes back to cost and ROI. “Is spending $300m a year on an advertising campaign at an individual brand level an effective use of that investment? You can basically build and manage an entirely new data infrastructure for outcomes for probably a third of the cost of what one campaign will cost you.”
Overhauling a stagnant model won’t be easy, but market forces will drive change, says Impey.
“DTC advertising is entrenched and I think the only way that it's going to change is by demonstrating business success with a different approach,” adds Singer. “To begin thinking about marketing in a completely different way.”