The field force: Is small beautiful?

As big pharma ponders the right sizing of its post-pandemic field forces, can it learn from smaller, leaner industry peers about doing more with less? 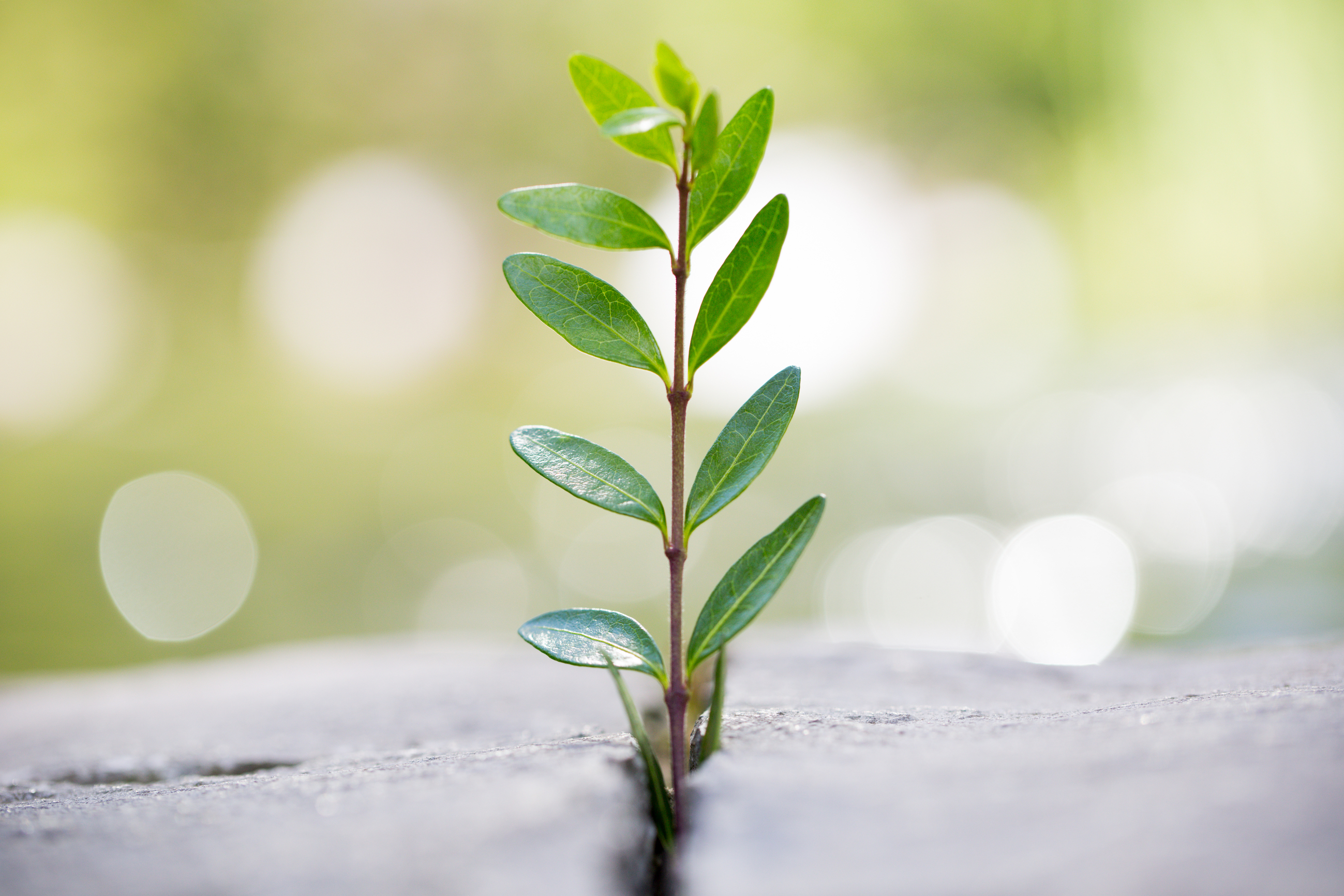 Few inside pharma are keen to say so out loud, but its sales forces look set to shrink dramatically and soon.

We’ve heard such claims before of course but, given the seismic shifts in the engagement model and the speed at which that has accelerated the trends already in train, it seems safe to say that this time is different.

While Reuters Events Pharma’s own recent polling of the industry suggests a moderate reduction in numbers over the next couple of years, others see signs of more dramatic change. 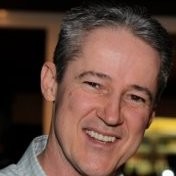 “Many of the pharma companies I talk to are significantly downsizing head office,” says Rob Dickerson, Director, Commercial Excellence, of sales consultancy Idea2Outcome and a former head of commercial excellence at Novartis. “They think ‘we did without it for 18 months, so we don’t really need it.’

Now they are looking at the field force, he says. “Their view is ‘we have been doing so many less calls but sales are going OK. Do we really need these sales force numbers?’ The old-school practices just aren’t working now and pharma companies are starting to think about how can they change. Big pharma moves very slowly but the COVID lessons won’t go away. It may be 12 months or two years down the track but the trend has already started.”

So with the largest players are already thinking about how to do more with fewer boots on the ground, how do they go about it?

Team dynamics
The answer is multi factorial, says Dickerson, encompassing approaches to hiring, training leadership and incentives. And smaller pharma sales teams that achieve with more limited resources can be a good place to learn.

There are a few qualities of small commercial teams that enable them to achieve good results with minimal resources, says Silvia Pfeifer, Cluster Commercial Lead, Gene Therapy at Novartis Pharma. These include their ability to be agile and nimble and to be able to focus on the things that matter.

Better team dynamics are another feature, enabling them to share responsibilities and act with greater autonomy as individuals.

By contrast, says Pfeifer, large field forces can be hamstrung by a range of factors. “Larger companies have so many internal hurdles, rules and administrative processes. The danger is that after two months a good idea has gone because there is no motivation any more, the agility is not there and they end up doing the same thing year after year. Smaller teams are more like their own bosses and have empowerment. Smaller teams are much more engaged, quick, adaptable."

Perverse organisational and financial incentives are another factor hampering large sales teams, says Dickerson. In his view big pharma offers the wrong incentives, not least sales incentives. “I enjoy doing presentations about how sales incentives blunt performance and people get aggravated by it. They focus on bells and whistles and fringe benefits rather than the purpose of the role. They think that throwing more money at reps is an incentive to stay.”

Evidence from the social sciences suggests that there are other, more effective ways to incentivise performance, he says. While blunt financial incentives might work for manual or factory labour, the same does not apply for knowledge work, he says. “Research shows that knowledge workers perform worse when there are monetary incentives. In pharma sales it reduces your performance.”

What, then, can commercial leaders do to ape the best features of smaller commercial teams to adapt and improve?

There are a few approaches they might consider, set out below.

Cultivating a new mindset
Every field force large and small has been re-skilling its people for remote engagement and digital skills but an overlooked aspect of this has been reps’ mindset, says Chris Mann, Head of Commercial Excellence UK & Ireland at Amgen.

The pervasive view among reps early on in the pandemic that there was less they could do and that HCPs under pressure did not want to engage with them was wrong and remains wrong, says Mann. “The reason they were not out virtually knocking on doors was because they believed that customers didn’t want to hear from us and we needed to leave them alone, which was only true in some cases.”

In many respects the knowledge and help reps could offer was in great demand, just in new ways, says Mann. “In fact, the head of one NHS trust told us ‘the worst thing you can do is nothing’.”

Focus on adding value for customers
This leads on to another lesson that small sales teams can offer: cultivating a richer sense of how they might serve their customer better. “They take more time to fulfil and understand the needs of the customer,” says Mann. “They are not just making a call and asking a question and forwarding product information, ticking a checklist. In smaller teams the conversation is more intense. If the customer faces a problem, they are open to discussing it and helping.”

In Amgen’s case its field force helped clinical staff develop out-of-hospital administration services so patients could continue to receive treatments in a less risky environment during the pandemic. “We needed field teams to engage with HCPs and other stakeholders about how to set the services up,” says Mann.

Such an approach has much value in the post-pandemic era, he adds. “We have spent a lot of time thinking about skills training and development activity to help them think about the totality of the local health environment. We knew that was important and COVID exacerbated that in terms of the way care and services get delivered. Patient journeys and pathways have been disrupted- with more virtual services and telemedicine for example, and those things are here to stay.

"We have people who have worked with specialist nurses to get them set up and provide support with that. It’s not a selling job per se but there is positive commercial outcome. The route to unlock access and prescribing is not such a straight line anymore.”

It is a reminder of the importance of surveying customers to reveal unmet needs, including the manner in which they would like pharma to engage with them, says Pfeifer. “Do they want video chats? How frequent is the content? Are you providing platforms and types of engagement that different groups of customers feel comfortable with?”

Manage the managers
The role of leaders has never been more essential in driving performance. Amgen invests in coaching skills and training development for its field team leaders, says Mann. “If there was a time when your ability to inspire and motivate differenciates, it is now because people are at a low ebb.”

In the new engagement context where a typical pre-pandemic field visit day no longer exists and more of the field team is operating remotely and in greater isolation, the motivation style matters too and even seasoned managers need to adjust the way they check in with reps, he adds. “Little and often is the answer.”

Hiring competent and supportive managers (and firing poor ones) is one of the most important factors in cultivating a culture in which effective field force members can work to their potential and will want to remain in, says Dickerson. “Sometimes I’ve had reps say ‘I had an offer for $15,000 more’, to which I reply ‘is your new manager worth $15,000 for your quality of life?’.”

Being clear about what the team culture should look and feel like and then hiring managers who fit it is important, says Dickerson. Taking care to hire the right managers and being quick to fire those who don’t turn out to fit is a key approach of his.

Safety is the incentive
Effective incentives are a key potential differentiator and source of advantage. So if they are not financial in nature what are they?

What this means in practice is a sense that all team members feel valued, and that there is a culture of trust, not something that is always present in many large field teams, says Dickerson.

“Edmondson found that the existence of effective teams all came back to psychological safety. Where everyone had equal talk time, where people are being honest and open and are safe to be their real selves, they far outperformed other teams.”

Indedd, the pursuit of numbers at all costs can hinder this sense of security, adds Pfeifer. “If every meeting starts with the question about how to grow revenue, it causes pressure and fear and everyone is blocked to share good ideas about how to reach this goal.

“We can learn from the smaller teams here. We know our objective is to grow revenue but we do not need it as the tagline all the time. When management ask how to grow revenue you should feel free to suggest going in new ways and not just telling them what they they want to hear.”

Teams led by Dickerson with minimal or no sales incentives have outperformed teams offered thousands of dollars in performance related bonuses and he retains the individuals within them. How? “We focused on purpose. On the impact on patients and doctors. We treated representatives like adults and had a rigorous selection process.”

Cultivate commercial acuity
Commercial field force leaders are, by definition, commercially astute people, right? Maybe not, says Dickerson, and it is an area where smaller teams often have an edge, says Dickerson. “Pharma doesn’t want to hear it but we are not great at creating commercial people in big pharma.

“Managing a true P&L is foreign to many managers, even in senior roles. It astounds me when I meet brand managers who have never run a P&L or where managers are unaware of the true costs of creating and running a sales force. ‘Act like it’s your own business’ is the mantra but not everyone knows what this looks like.”

“Smaller teams, by contrast are often more focused on profit margins and cash flow. They have smaller budgets - they need to be creative and think about where to invest.”

Some of this is easy to discuss conceptually and much harder to implement, most notably the cultural elements. Effecting such change inside large organisations and across diverse businesses and geographies is difficult and takes time, Dickerson concedes.

“Even the simple change of a new sales manager for a team of reps takes time to implement. We don’t automatically trust people overnight. It takes six to twelve months for a good sales manager to move an existing team to high performance. Attitudinal and behavioural change takes longer. Alternatively, the entire team can be made redundant making way for a new model to be cleanly implemented.”

No one is saying it is easy then, but the imperative for change is clear.