Service with a Smile

This month Kevin Dolgin explains some of the oft-overlooked truths behind providing a service, and begins to explain how important this is for you if your company is making the shift to a 'beyond the pill' business model... 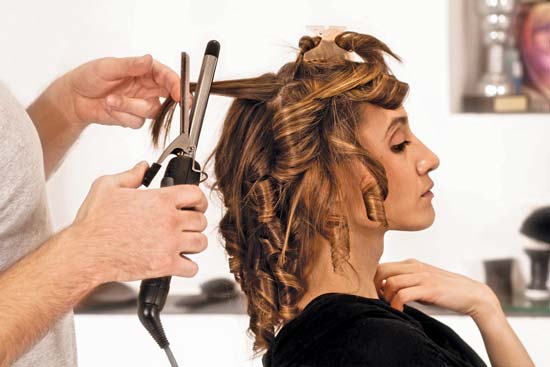 I confess, I forgot something.  I recently wrote a white paper for eyeforpharma about patient support services.  I highly recommend it (but then, I'm biased).  I realise, though, that while the paper goes into quite some detail about the reasons for engaging in patient support initiatives and looks at a number of examples, I kind of forgot to talk about the more general key success factors in carrying out any service initiative.

So, in the next few columns I thought I'd remedy that by stepping back and looking at how services work from a management perspective.

When I got my MBA (back when things like the Soviet Union still existed), there were no courses available in services management.  Prior to 1985, running a service business was generally considered to be pretty much the same thing as running a company that makes goods.  In the mid-eighties, though, a great deal of research was carried out in services management and a number of things were uncovered that make services a very different animal from goods.  I only discovered these years later, when I had started doing some research as a consultant.  I remember thinking that it was a great shame that I hadn't known about all this while I was still at American Express (fear not, my successors at Amex learned well).

Fundamentally, the differences stem from the fact that services are intangible.  "So what?"  you might ask.  It turns out that the lack of tangibility gives rise to an entirely different management environment, and if you want to play in the services ball park it is a lot easier if you learn about these differences.

If you're selling a good, the customer typically creates an I / it relationship with the good.  This relationship can be of varying degrees of intensity.  For example, most people have a very low connection with their paper clips, whereas some have an entirely unhealthy relationship with their car (note: my own relationship with Suzanne, the 1964 Oldsmobile Cutlass Supreme that I lovingly rebuilt when I was eighteen was not unhealthy... just in case you're reading this, mom).  In the case of services, however, the interaction is not with some inanimate object, it is with the service provider, and the people within.  This ends up being much more of an I / You relationship.  Again, so what?  Well, it turns out that we get much more emotionally involved in such instances, and much, much more unhappy when we're dissatisfied.

Think about it: you might get very upset and frustrated if your toaster breaks, but don't you feel a tinge of betrayal if your hairdresser cancels an appointment at the last minute?

Difference #2:  The Customer in the Factory

I've never been to the factory where my car is made.  There's no earthly reason for me to go (although it would be kind of cool, now that I think of it).  Neither did I have any part in the construction of my car.  With services, it's a different matter.  Services can't be built in one place, stored in another, distributed in a third and consumed later at leisure.  For the most part, a service is created and instantaneously consumed, and it is created by the service provider and the consumer together.  Whether a restaurant, an accountant, a doctor, a bank, a manicurist, or a physician, the service provider and the customer work together to build the service.

For example, when you fly, it's true that the airline provides the plane, the pilot and all kinds of services, but if you're not there on time, at the right gate, with the right documents then the service won't happen.   This has a number of important implications.  First of all, it makes quality control a very different matter... you can't check your product before it hits the shelves.  Secondly, it means that the customer must be trained.  You have a role to play as a customer in a service, and if you don't play it properly, the service will not deliver the same value.  Yet, of course, you will have a distinct tendency to blame the service provider if that happens.... and rightly so, because they should have informed you about your role more efficiently.  If you end up struggling with a web site, you rarely conclude that it's because you're stupid, rather, it's because the web site is poorly designed - and you're right.

In fact, it's because healthcare is a service, and the patient has a role to play, that patient support programs are necessary at all.  The quality of care received depends on the patient's willingness and ability to play his or her role in the provision of the health care, and it is the responsibility of those who provide the care to inform and train the patient.

All this is interesting, but what does this have to do with pharma?

First, thanks for saying this stuff is interesting.  Second, it has a lot to do with pharma, from the moment pharma starts getting involved with things like patient support programs.

Pharma has traditionally been one of the most goods-oriented industries in existence.  The pharma industry has always sold very technical, highly specific chemicals.  This is extremely tangible.  Success or failure has largely been a function of the functional aspects of the different chemicals, which are designed and produced far from those who prescribe, consume or pay for them.

As pharma starts experimenting with services like patient support programs, disease management initiatives, etc. it is becoming clear that the industry as a whole doesn't quite "get it".  This is normal, the culture and structure of good services organizations are very different from goods companies.  The experience of the pharmaceutical industry is ill-suited to help it put together effective programs and work with the right partners.  Luckily, there are a number of things that can be done to ensure success in service endeavours and I'm looking forward to telling you about them in the next two columns.......