Kevin Dolgin explores where pharma sales forces go now in the wake of the monumental shift in budgets and attitudes the industry has been faced with in recent years... 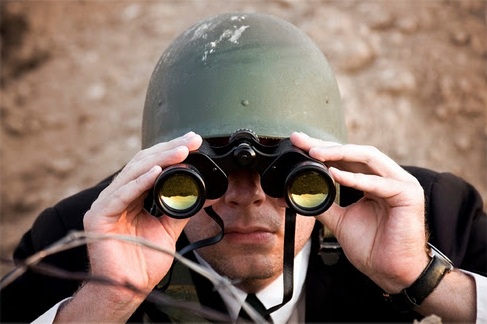 It wasn't a pretty sight. Once the smoke had cleared we could see that tens of thousands of jobs had become casualties of the great war and the landscape had been permanently altered. What now?

The war in question was the sales force war that spanned from roughly 1990 to 2005, a period in which the numbers of reps worldwide exploded. Share of voice became an endpoint, and for many companies it remains so, even as they reduce sales force sizes.

But share of voice in itself means nothing. Say you have share of voice leadership and all you’ve proved is that you can spend money. You haven’t proved you can make it, and that is what the market wants to see.

I must admit that I, and those like me, are partially responsible. Why? Because consultants like myself have long been running the kinds of analyses that beat the drums of the sales force war. Now that we find ourselves in the post-war world, everyone is running around trying to figure out how to continue to compete without their armies of reps, but it is very important to take one last look back and understand how the war came about in the first place.

On the surface, it may seem obvious, but in reality, a unique set of circumstances and techniques conspired to launch the sales force war. In order to understand them, we have to visit two major topics: response modeling and game theory.

Sales force sizing has long been based on response modeling - mapping out how prescribers respond to frequency. In itself, this is based on marketing theory and is pretty well established. I assume you're probably familiar with this, but let's revisit it from the theoretical perspective.

In order to size a sales force, you first determine the response curves detailing how sales vary with frequency, or share of voice. You’ll end up with a curve that looks something like this:

You can derive the curve by considering external data, running internal Delphi sessions, or usually, some mix of the two.

Once you’ve determined your response curve, you consider the cost curve. Typically, this is considered to be a straight line (diagram below), showing the cost of delivering a certain frequency level, determined roughly by taking total sales force cost and dividing by the number of reps to determine cost per call, then multiplying that by the total number of calls necessary to deliver a given frequency to the target population.

The next step is to subtract the response curve (translated into revenues) from the cost curve to get a curve that shows the return on a given frequency level.

The high point of this curve is your theoretical ideal frequency.

This method has been used for quite some time, and objectively speaking, it is the right way to do it (I’ve just put on my marketing professor hat… please excuse me while I wipe the chalk dust off my elbows). Of course, it’s more complicated than that: you have to consider different segments, carry over, different detail positions, different types of contacts, etc. but there are ways to deal with all of this and this methodology is the standard in frequency determination, and by extension, sales force sizing. However, what happens when you have curves like this?

Here you see that the revenues line minus the cost line gives you a curve for return on frequency that looks like this, at least within the boundaries of the observations. The theoretical ideal frequency in this case is therefore infinite: You should have a rep marry every customer and whisper your product’s name over the pillow every night; the product’s name should be written in ketchup on the customer’s hamburgers and embroidered into his or her socks; at the very least, you should have ten mirrored sales forces carrying the product.

But that’s silly, isn’t it? Well, this is exactly what was observed in a number of markets. Which ones? They tended to be GP-oriented markets in which prescribers perceived relatively little differentiation between the competing products. These, of course, were the biggest markets in the world, where multi-billion dollar products would regularly jostle for leadership and in which one point of market share was worth a fortune (don’t forget that Lipitor used to have greater sales in value than Coca Cola).

Yes, but if you visit doctors too much, they get annoyed, don’t they? Perhaps, but this is where we start considering game theory.

Game theory is a fascinating topic. We could go on for ages about the prisoner’s dilemma, Nash equilibria (remember Russel Crow and “A Beautiful Mind”?), military tactics, etc. but for now, let’s just stick with a simple scenario, separated into easily digestible bullet points…

Here’s the insidious game theory result: since very high frequency levels lead to higher market share and a potential refusal on the part of the customer to see reps in the future, I’m faced with the following choice:

1. I see the doctor as much as possible, raising my market share and potentially causing him or her to close the door to the industry… therefore locking in my high market share

2. I reduce my frequency, allowing the competition to raise and lock in their market share, forever condemning me to second place.

Game theory indicates that the only logical thing to do in a situation like this is to choose option number one. The industry as a whole suffers, because you end up with a zillion reps bugging doctors until they shout “no more”, lower overall profits, and an industry reputation analogous to that of pond scum, but you will make money.

Until, of course, these same therapeutic areas see the arrival of generics. You need to launch new products, but it’s increasingly difficult to access customers. Furthermore, the actual impact of all that frequency has started to break down, so that in some markets, particularly in Europe, the response curves start looking very shallow indeed. To top it off, governments start restricting customer access.

The result? Mass layoffs and a lot of talk about new commercial models.

Personally, what I find amazing is that many companies are still desperately trying to work according to the old rules despite all this. I’m not saying these methods should be thrown out… it is always a good idea to apply scientific reasoning instead of flying by the seat of your pants, but the output from these analyses should only be one element in a far more complex decision-making process.

I don’t know. I have some ideas, but then so do you, undoubtedly. We’ll explore them in future articles, look at different experiments. I’m willing to bet, though, that we’ll see:

It’s hard picking through the ashes of the post-sales force-war world, but one thing’s for sure: winning in the future will demand subtlety and diplomacy, not armies of reps.