Patients in 2014: the successes, the stories, the surprises

We reflect on the past 12 months from the patient perspective – it has been a phenomenal year of successes, stories and surprises. 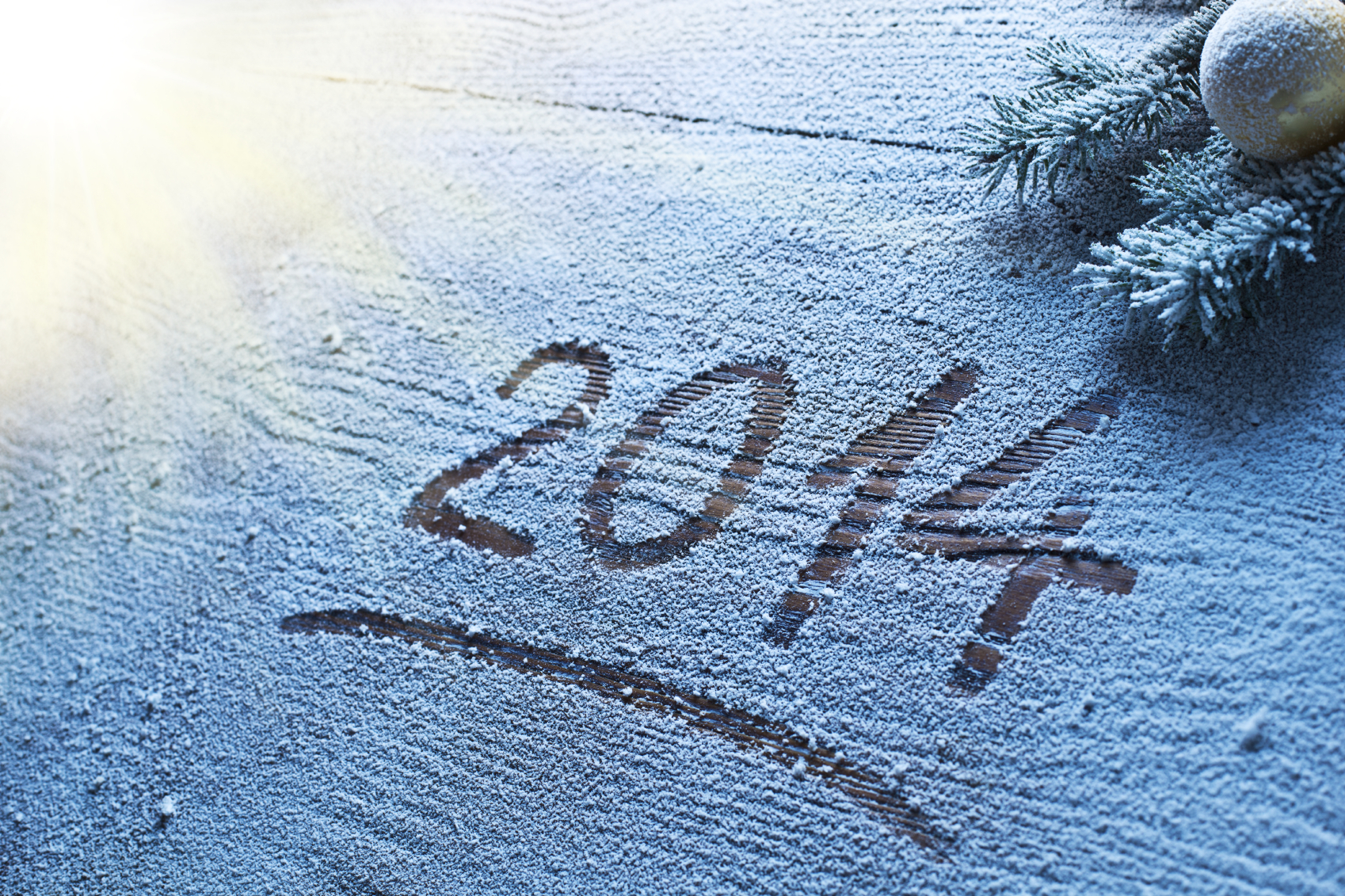 At the time of writing, I am en-route to Zurich to discuss patient engagement for 2015 with Novo Nordisk; a company which has proved to be bold and forward-thinking in how it chooses to build relationships with people who have diabetes, hemophilia or growth hormone disorders. Their intention to behave in a more customer-centric way is of both professional and personal importance to me; two years ago, Etienne Tichit, VP Customer Excellence heard me present about patient expectations – I am the mother of a child with Growth Hormone Deficiency (one of the treatments that Novo Nordisk manufactures); since then he has invited me to integrate with all of his colleagues and recently appointed me to help instill the new discipline of patient engagement throughout the company.

My relationship with Novo is a testament to what pharmaceutical companies can achieve when they put patients at the heart of their work. We are going to review how much more the company intends to do in the next 12 months to keep ensuring that they truly understand what patients want, need and expect. Preparing for this session has provided an opportunity to reflect on the past 12 months from the patient perspective – it has been a phenomenal year of successes, stories and surprises.

We all became medical researchers: the success of selfies

Who can forget the global phenomenon that was the ‘ALS Ice-Bucket Challenge’ during the summer of 2014? From St Albans to St Louis, young and old, Postman or President, we publicly humiliated ourselves in the name of disease awareness with the simple, entertaining act of subjecting ourselves to hypothermia and nominating others to do the same. Not only did we all get a unique opportunity to have a sneaky peak at everyone’s gardens, an outstanding $200 million was raised in two weeks for the motor neurone foundation. As a condition without a treatment or cure this opens debate about how patients use social media to lobby and start the search for new health solutions.

In the UK, in March, a similar public campaign raised £8million in three days enabling the NGO ‘Cancer Research UK’ to fund at least eight new clinical trials for cancer treatments. Whether you had cancer or not wasn’t the point; by participating in the ‘no make-up selfie’ and then donating to CRUK you became part of the era of ‘Participatory Medicine’. The spirit of community contribution and entrepreneurship has been an underlining concept in patient centricity during 2014. We no longer consider ourselves to be victims of disease, but we seek to be victorious in the determination to take greater responsibility for our health. Where this might have been interpreted as patient hubris in the past, social media amplified the act of meliorism – that small occurrences of kindness amount to great benefits -  we can all contribute to medicine now.

In October, Sean Young of the Center for Digital Behavior at the University of California published a study* showing how social media can help stop the spread of HIV and described how mining social media has the potential to predict and alter medical outcomes if used by governments and health departments to monitor people’s health behaviors. Young explains, “We know that mining social data will have huge potential benefits for many areas of medicine in the future, but we’re still in the early stages of testing how powerful these technologies will be.”

Selfie is far from selfish; sharing disease burden and even being prepared to be a bit silly is having a positive impact on our health. Active altruism – and yes even I broke my ‘mascara always’ rule this year to join in!

We witnessed incredible acts of bravery; the individual stories of patient pioneers

This may have lessened patients’ fears about a loss of sexual identity post-preventative surgery and encouraged those who had not previously engaged with health services to consider genetic testing.”

There were single acts of courage in 2014 where patients made life-saving and life-ending decisions. In September, we learned about ‘The Angelina Effect’ through a study completed in the UK that demonstrated referrals for breast cancer tests more than doubling in the wake of the actor’s public disclosure that she had a double mastectomy to greatly decrease her risk of developing breast cancer. The study showed that genetic counseling and DNA tests for breast cancer mutations increased more than two and a half times after Ms Jolie stated she had a BRCA1 mutation. Professor Gareth Evans, St Mary’s Hospital, Manchester led the research and explained, “Angelina Jolie going on to have a risk-reducing mastectomy is likely to have had a big impact due to her image as a glamorous and strong woman. This may have lessened patients’ fears about a loss of sexual identity post-preventative surgery and encouraged those who had not previously engaged with health services to consider genetic testing.”

The radical decision made by Angelina Jolie is in stark contrast to the current medical management of breast and ovarian cancer and demonstrates how patients are adapting how they receive and respond to medical advice from traditional medical sources. The advent of genetic testing is altering how we manage our health. In December the ‘Google spit test for disease’ made headlines in the UK. The company, ’23 and me’ which is a US-based health data storing and genomic testing company founded by the wife of a Google senior executive is promising to facilitate further shake-up of medicine by patients, for patients. Coming soon to a supermarket shelf near you – an OTC map of your health from which you will make a more informed choice about when and how you manage a condition with your medical advisors.

In a juxtaposing affirmation of life by choosing to end it, who could not hear the story of Brittany Maynard and fail to be both emotionally challenged and psychologically-perplexed by the impact of her decision to “beat terminal brain cancer” on November 01st. An advocate for the ‘right to die’ and with cause of death listed as ‘Assisted Suicide’, the legacy of 29 year old, vivacious, intelligent and articulate Brittany Maynard is that more than 16 million people read her story and as a result ‘the optics of the debate about assisted dying was changed forever’. Marcia Angell, former Editor of the New England Journal of Medicine described Brittany as “a new face of the assisted-dying movement who had greatly helped future patients who want the same choice”.

In light of the above key events and the evident impact of social media on the practice of medicine; 2014 was a surprisingly good year for the pharmaceutical industry to finally hurdle one of the obstacles keeping them still at arm’s-length from social engagement with patients.

The myth that using social media will lead to an increase in Adverse Event reporting about drugs was busted.

I blogged my intent to challenge this myth in January – when yet more ‘guidelines’ were updated by regulatory authorities. Alongside colleagues and peers at the Inventive Health group, we embarked on a project to review more than 5 million conversations across 5 disease areas for the 5 most frequently prescribed products. Overall, and by individual disease area, the incidence of AEs generated was insignificant (0.006%). The project also investigated the feasibility of setting up a listening and reporting management system with insights and contributions from 22 pharmaceutical companies.

Reporting findings in April, the intention of the project was to help nudge the industry out of the regulatory purgatory they are in around active social media participation – the ‘what about the AE’s’ blocks pharma from true patient centricity. By putting ourselves in the shoes of pharmaceutical executives with their key questions and concerns, we wanted to demonstrate the inevitable; social platforms encourage and directly engage your brand with patients and professionals alike. There may be increased conversation but that doesn’t mean ‘bad conversation’.  Pharma marketing, medical and pharmacovigilence experts all contributed to the research. This experimental willingness is attributable to an awareness that this was a milestone piece of insight work in a digital field rife with confusion. Top line, social engagement is manageable and necessary if as an industry we are truly committed to customer centricity.

Contributors agreed that social media has provided opportunity to connect with patients, identify safety signals about a therapy and to better inform the public about health issues and their management. There is simply no excuse to ignore social media channels. The benefits of using social media to educate and communicate about therapeutic options outweigh the risks and the pharmaceutical industry should commit to up-skilling its workforce accordingly to align better with customers in the social media environment and responsibly monitor how their products are efficacious and safe to use in the real world setting.

This research is available as a report* and will be replicated in early 2015 by the ‘Conversocial’ group who have a unique, inbuilt AE reporting software. I’ve been invited to lead this work again and will conduct individual therapy area analysis to generate insights from social media and cross-check with all pharmaceutical companies that they are engaging with patients in the ways that patients want to contribute.

I hope you enjoyed my précis and personal reflections on the patient stories that impacted on me this year. Seasons greetings and best wishes to all the readers. Thank you for your attention!