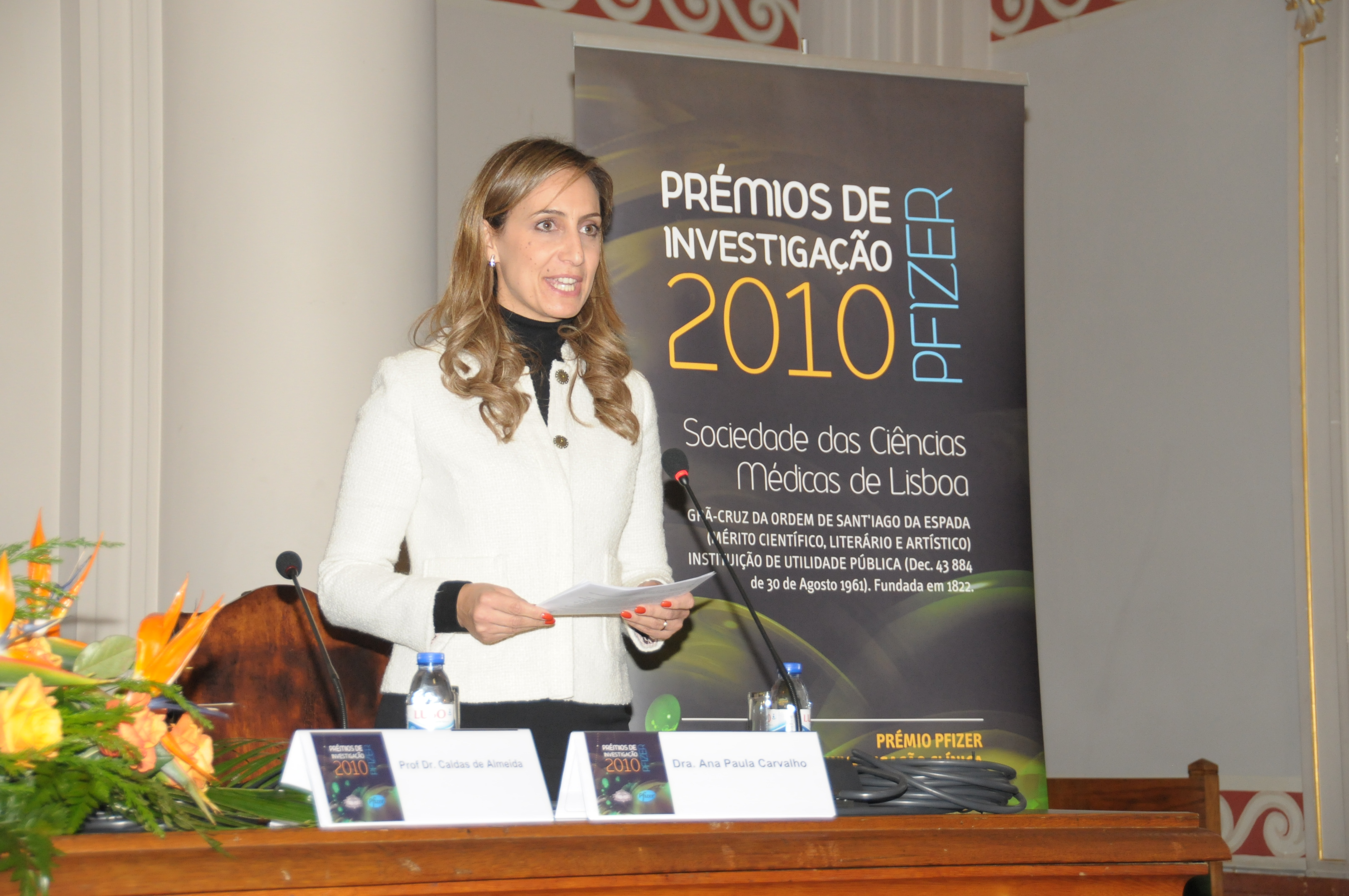 Ana Paula’s parents had built a picture-perfect life for their family in Mozambique. They were hard-working entrepreneurs aiming to create a bright future for their young family.

But when war erupted, their lives changed in an instant. Ana Paula’s family lost everything—their businesses, their home, their possessions—and they had no choice but to quickly flee the country for Portugal.

“I was five when it happened and I still remember the chaos at the airport,” says Ana Paula.

Many people from the Mozambique Colony War of Independence like Ana Paula’s family were Portuguese, so their journey was not so much an escape as it was a return. In fact, in Portuguese, they are called retornados or “the returned ones.”

Still, life in Portugal was much more difficult than life in Mozambique. Ana Paula and her family felt as if they were treated as second class citizens and her parents worked around the clock at minimum wage jobs to make ends meet. Often, Ana Paula and her brother were left alone at home at very young age while her parents worked around the clock.

Ana Paula is profoundly aware of the sacrifices her parents made to build a better life for their children and to provide them with an education.

“My parents are my heroes,” she says. 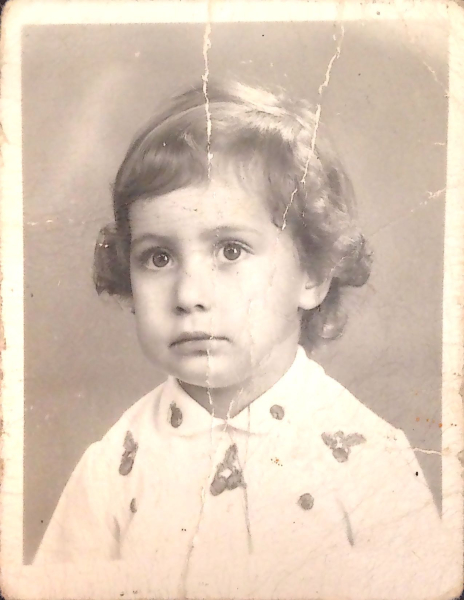 Although she never would wish such an experience upon anyone, Ana Paula admits that she learned some of her most valued lessons from the hardship she experienced during her childhood.

1.    Resilience
No matter how difficult the circumstances, there are opportunities around the corner. Pain and challenge are part of life, but they also bring growth. “When we face challenges, we need to be nimble and adapt,” says Ana Paula.

2.    What really matters
In the most difficult way possible, Ana Paula learned to value love, relationships, and knowledge rather than material things. “You can lose everything that is material in your life, but you can’t lose love or what you have learned, your education and values,” explains Ana Paula.

3.    The importance of diversity and inclusion
Ana Paula knows what it’s like to be treated differently because of what you look like or where you come from.  “I know this is why I believe so strongly in the importance of equity and work hard to achieve it,” says Ana Paula.

4.    The more you give, the more you have
Early in her life, Ana Paula discovered the joy of helping others. An introverted child, she found her voice when she was helping the underdog—whether it was a peer in class who was being mistreated or a friend on the playground who was bullied.  “I learned how good it felt to help others who couldn’t help themselves, and that drives me to today,” explains Ana Paula.

That last lesson became Ana Paula’s guiding principle. In fact, helping others was so much a part of her spirit, that when she was young, she considered pursuing a religious life. However, meeting her husband later in life at university put a quick end to that plan. 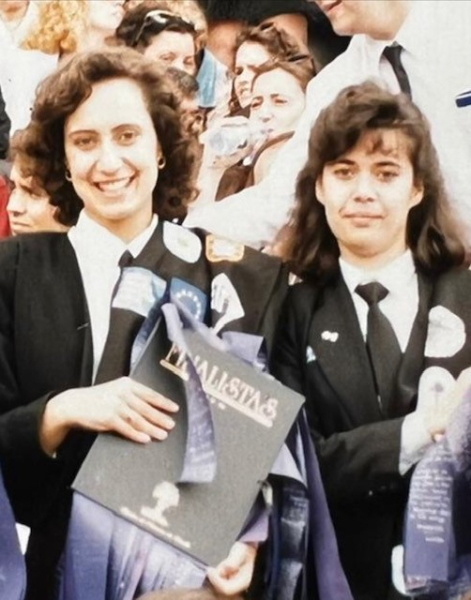 In university, Ana Paula was torn between science and law—two fields in which she could see herself making a difference in the lives of people. She eventually decided on science, but—knowing she was too sensitive to witness the suffering of patients every day—she decided on a career in pharmacy. Right away, she could feel that it was the right decision. She loved the lab, the biology, and understanding the pharmacological perspective to help patients.

After graduation, Ana Paula took on her first role in pharma in Regulatory Affairs. There, her learning journey continued.

“And it has never ended!” says Ana Paula with a laugh.

Continual learning has been a consistent theme in her career. Throughout her subsequent roles in Pricing, Reimbursement, Outcomes Research, Government & Public Affairs, Primary Care, Hospital and Specialty Care, Marketing, and Sales, she says she always felt at her best when she was learning and growing.

It was in those leadership roles that Ana Paula began to more deeply understand the company’s mission, and how it connected with her long-time desire to help others.

“I grew incredibly proud of the progress our teams made to make breakthroughs that change patients’ lives,” says Ana Paula.

As President of the Western Europe Cluster, her job day-to-day is to support her team and empower them to elevate themselves. Her focus is always on removing burdens and barriers so that her people can achieve their goals more easily and bring their best selves to their work.

Ana Paula says she is deeply aware that when she performs her role well, her team will be better equipped to provide clarity and support for HCPs—which, in turn, will help them identify and treat patients. The result? Patients experience better outcomes, and her people go home happy, knowing that their work made a difference.

As a leader, she is always thinking about how she can do more to help her team succeed.

“I believe that to whom much is given, much is expected. That’s why I always look to see what else I can do. I have a strong belief that if I support and impact my colleagues, it will translate to benefits for patients that are still suffering, so they can thrive in remission and reclaim the things they love.
We can’t stop, and we won’t stop.”

One of Ana Paula’s strengths is her ability to offer meaningful perspective to her colleagues. Recognizing that her team carries huge responsibilities that have the potential to change lives, she reminds them to focus on spreading love, kindness, compassion—all while doing their best work and prioritising excellence and innovation for patients.

She also thinks it’s vital to remember that everyone is a patient—or will be at some point in their life.

Ana Paula’s one regret? She didn’t find a mentor early in her career who could offer her guidance on her pharma journey. But now, that’s how she gives back to her community in pharma—by mentoring and supporting others. She takes pride in inspiring her mentees to lead with integrity, curiosity, and transparency, always looking to support others and bring value. Mentorship enables her to find a new sense of purpose in her role and offers yet another opportunity to help people.

Understanding how her personal purpose connects with Pfizer’s values has been an ongoing process for Ana Paula.

“The more I connect with why I am here, the better I perform and the happier I am,” she says. “Connecting with my purpose also ensures that I make better decisions, anchored around the bigger picture of saving and improving lives.”

Each day, Ana Paula strives to bring strong energy to great discussions that make a difference, fueled by her energy and passion for helping others. And she loves to finish her day with a walk in the sun with her husband, a great conversation with her sons, or quiet time with a good book. She says that although she aims to make a big impact in her work, it’s the small things that bring her the most joy.

“In the end, I hope people remember me as someone who was fair and impacted them positively. I want my legacy to be the difference I made in the lives of others.”