Although future advances in population-wide health may well be driven less by new drugs and devices and more by behavior change, there is no denying that initiating and sustaining healthy behaviors can be very difficult. 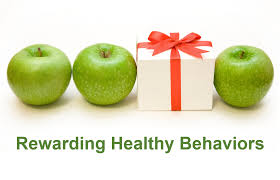 Historic efforts at motivating patients to exercise, eat right, quit smoking, and stick with their medications have typically fallen short of expectations. Why? There are many reasons, but I would like to focus on the fact that most traditional tactics have ignored—rather than embraced or harnessed—natural human irrationality.

Behavioral economics is the study of human psychology as applied to decision making, typically economic in nature but applicable more widely beyond economics to health decisions and behaviors. A major premise is that humans are “predictably irrational” rather than purely rational. In other words, they don’t always act in their best interests as more traditional models assume.

Perhaps the most relevant tie between economics and health is the concept of “present bias,” or “present-biased preferences” in the parlance of behavioral economists. This means, simply, that people tend to value short-term benefits over long-term benefits. We’re myopic. We overweight the now and underweight the future. In personal finance, this leads the average person to save insufficiently for retirement, as the benefits of putting money away are not realized or appreciated until years or even decades into the future. It’s more enjoyable to spend and realize the benefits today.

Similarly, taking a daily pill to treat a chronic and “silent” condition like hypertension is similar to putting money away for retirement. The benefit of stroke or heart attack prevention may be years in the future. A patient enjoys no short-term benefit of that pill and, in fact, often faces immediate annoyances such as transient side effects, copays, and trips to the pharmacy. For these reasons, although it is irrational from a long-term health perspective to stop hypertension therapy, skip doses, or even avoid filling the first prescription, it feels psychologically justified in the here and now.

Present bias affects most healthy behaviors. It’s more fun to eat cake today than to worry about weight gain down the line. It’s more pleasurable to enjoy a cigarette today than to suffer through a cessation program designed to decrease lung cancer or COPD risk in the distant future. It’s easier to sit on the couch today than to go through the inconvenience of exercise for some future benefit.

The key then, from a behavioral economics perspective, is not so much to continually educate and remind patients of the long-term benefits of various behaviors—they can probably recite those benefits already—but to harness present bias to refocus the conversation on the short-term.

So, for example, with exercise, the key is often finding a form of exercise that is actually enjoyable, so that at least some benefits are realized the same day. In nutrition, the focus should be on making a healthy diet enjoyable and tasty, not a chore; less about what you need to exclude and more about what you should include.

Medication adherence in some ways is an easier healthy behavior than most and in some ways a little trickier. From a pure physical perspective, the act of swallowing a pill is simple, far simpler than spending half an hour on a treadmill or cooking a healthy dinner. From a psychological perspective, however, it’s harder to reframe in terms of appreciating a present benefit. For that reason, the idea of adding rewards (as in a points-based loyalty program), or incorporating gamification to make the process more immediately enjoyable may be particularly relevant in adherence to chronic medications. Interestingly, according to a recent Accenture report, the pharma service that patients most desire from pharma (but least receive) is rewards.

Given the perspective on human psychology that behavioral economics leverages, it becomes easier to understand how traditional “rational” approaches to the medication non-adherence problem, such as cost reductions (even giving away drugs for free), reminder programs, and educational campaigns often fall short.

So, rather than trying to deny our irrational tendencies, why don’t we instead harness them for the greater good?"

There are a number of other concepts in addition to present bias that hold promise in better tailoring adherence and other behavior change programs to match the realities of psychology and to improve upon past efforts.

“Fear of regret” and the related “loss aversion” refer to the fact that we tend to feel losses more acutely than gains. In other words, the magnitude of hurt experienced upon losing or losing out on something (money, points)is often greater than the magnitude of joy in earning the same. In a loyalty or rewards program, then, maintaining transparency as to points forfeited—“You could have earned 100 points if you had taken your medication”—can serve as a powerful motivator. “I really don't want to miss out on 100 points again” can pack more of a psychological punch than “That’s nice, I just earned 100 points.”

“Optimism bias” or “overweighting of small probabilities” speaks to the potential value of adding a lottery or sweepstakes element to adherence or other behavior change programs. Patients often think nothing of spending hundreds of dollars per year on the lottery while at the same time complaining about their copay costs. The concept of winning is fun, the anticipatory element is exciting, and people tend to be irrationally optimistic, greatly overweighting their actual chances of winning. While the concept of adding a sweepstakes to an adherence program may, at first, seem odd or even frivolous, when viewed in light of its potential to naturally engage patients, it makes sense.

And finally, “peer effects” is the simple concept that competition and comparison can also serve as powerful motivators. The addition of a leaderboard competition, for example, gives patients the benefit of knowing that they are not alone and that other people “are in it to win it.” Obviously, the prize of better health should be enough of a reward when it comes to healthy behaviors—if we were all purely rational actors—but we know that health alone is often insufficient. So, rather than trying to deny our irrational tendencies, why don’t we instead harness them for the greater good? Plus, who wouldn’t mind winning, say, a $100 Starbucks gift card in addition to doing what’s best for their long-term health?

Questions or comments? You can share your thoughts with our audience in the comments section below, alternatively you can email the author directly at kfirlik@healthprize.com