In the fourth and final of a series of posts focusing on each of the ‘MINT’ markets, I take an in-depth look at the opportunities and challenges for pharma in Turkey. 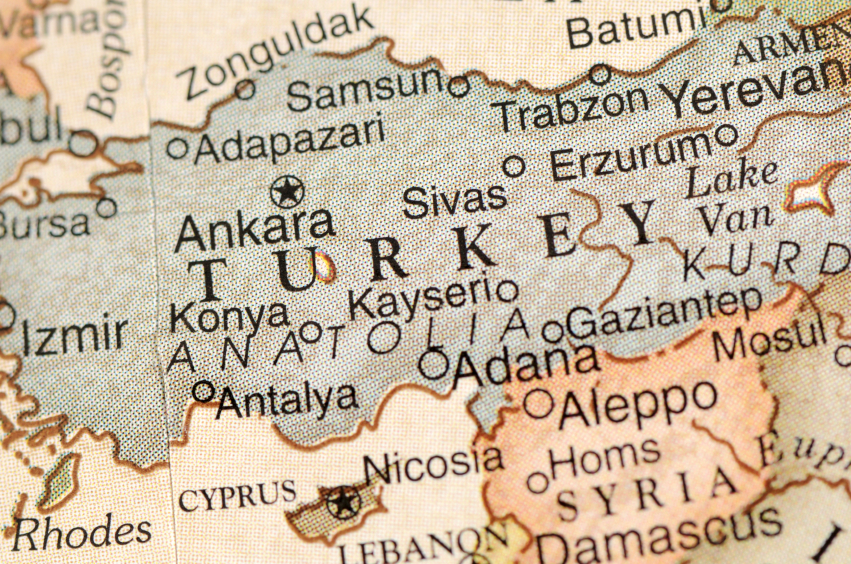 With a population of approximately 75 million, Turkey has the smallest population of all of the ‘MINT’ markets. It is, however, of particular relevance from a world trade perspective. As in Mexico, where its location linking the US and Latin America gives it regional importance, Turkey’s location between Europe and Asia extends its relevance beyond its own population. Where East meets West, it has for centuries been considered a bridge between the two civilizations, and is increasingly seen as a strategic location for multinational companies to establish themselves. As growth in neighbouring EU markets has stalled since the 2008 global financial crisis, so Turkey has caught the attention of the pharma industry, largely due to its comparatively untapped potential in the context of increasing access to healthcare and the second-fastest growing GDP in the world in 2011 (exceeded only by China).

In the following sections, I will outline the Turkish government’s recent healthcare reforms and evaluate their impact on the pharma industry. I will demonstrate why I believe that though Turkey has great potential, its goal of becoming a world leader in healthcare by 2023 – and therefore its attractiveness to pharma –is being hampered by punitive pricing and cost-containment policies.

Turkey’s implementation of universal healthcare coverage has received considerable global acclaim.  Notably in 2013, an article was published in the Lancet hailing the success of the nation’s healthcare reforms as part of the government’s decade-long ‘Health Transformation Program’, which ran from 2003 to 2013.  Written by those directly involved in the reforms, the article sparked considerable debate, with critics calling the reforms ‘far from perfect’.

Over the preceding decade, the Turkish government united its three separate social security institutions under a single payer, the Social Security Institution (SSI), and expanded healthcare coverage to all citizens by implementing Universal Health Insurance. This was intended to harmonize and expand healthcare benefits and improve equality of access to healthcare services. The Family Medicine Program was rolled out in 2010; this assigned every Turkish citizen to a local doctor, with the aim of enabling the provision of low-cost care to citizens nationwide.

As growth in neighbouring EU markets has stalled since the 2008 global financial crisis, so Turkey has caught the attention of the pharma industry, largely due to its comparatively untapped potential in the context of increasing access to healthcare and the second-fastest growing GDP in the world in 2011 (exceeded only by China)".

For physicians, these reforms meant significantly more work.  A number of senior doctors resigned in protest, criticising the reforms for promoting overutilization of the system without corresponding infrastructural improvements. Visits to doctors more than doubled, from an average of 3 times per year to 8 times per year.

However, a particularly unpopular reform, from the pharma industry’s perspective, was the introduction of a draconian reference pricing system for originator products. Reference pricing was introduced in 2004 in an attempt to contain costs as coverage increased. Under this system, prices in Turkey are determined according to the lowest ex-factory price among five EU countries (France, Spain, Italy, Portugal and Greece). The industry has criticized this as being unrepresentative of current price levels. Added to this the introduction, in 2009, of mandatory discounts on innovative drugs, pharma has found it challenging to maintain profitability in the Turkish market despite the volume expansion associated with universal healthcare coverage. The complex pricing negotiation has caused some companies to delay product launches in Turkey, leaving patients facing a wait of up to four years for novel products to become available in Turkey following FDA (US) or EMA (EU) approval.

As we see in the other MINT markets, the result of these cost containment measures is a public sector market dominated by generics.

Turkey’s healthcare provision and health outcomes remain far from homogenous despite the government’s moves to improve equity of provision. While the healthcare infrastructure and disease burden of Turkey’s major cities, such as Istanbul, Ankara and Izmir, approach European standards, Eastern Turkey is on a different level. Vast developmental differences between East and West persist because the three eastern regions of Turkey – Black Sea, Eastern Anatolia, and Southeastern Anatolia – are predominantly rural and suffer from a declining population due to migration to the urban centres of the west.  In Eastern Turkey, outbreaks of communicable diseases such as tuberculosis are still occurring.  Pharma investment therefore remains focused on the western region.

Expanding role of the private sector

The more affluent western region, which was described in a 2001 World Bank report as ‘broadly resembling a West European industrial economy’, is also where most of Turkey’s private hospitals are concentrated. Private hospitals make up over a third of Turkey’s hospitals and much of the country’s healthcare infrastructure development in the last decade has been spearheaded by the private sector. The government has actively promoted involvement of the private sector in the national social security plan. Many new hospitals involve public-private partnerships, with the private system partly supporting the Universal Healthcare Fund (and further increasing the cost to the SSI – and the need to find ways to contain costs).

Private hospitals in Turkey are generally of a higher standard than public hospitals, and while their share is increasing, only around a third of the population have any kind of private healthcare insurance.

Looking to the future then, further government reform is needed to make Turkey a truly attractive market for pharma. The opportunity is clearly there, in terms of the universal coverage of population enabling widespread access to healthcare services and high volume of uptake. The desire is there too, with further improvement in the nation’s healthcare services forming a key pillar of the government’s ‘2023 Vision’.  Turkey’s potential entry to the EU has been under consideration since 1999.  If EU membership is eventually granted later this decade, there will be massive implications for both healthcare provision, which will be under pressure to meet EU harmonisation standards, and pharmaceutical trade, as barriers to entry and export are reduced. However, access to innovative products will be heavily restricted in the absence of either government promotion of voluntary private insurance to supplement the Universal Healthcare Fund, or relaxation of the current cost containment measures inhibiting pharma’s presence in the country.

Looking back on this series of blog posts, economic emergence coinciding with widespread efforts to improve healthcare infrastructure and access to healthcare is common to all the MINT markets. Governments have either dramatically expanded their population’s access to healthcare, or are planning to. While Indonesia and Nigeria are very much in the preparatory phase, Turkey and Mexico are in the post-implementation phase. This imperative to roll out universal coverage goes hand-in-hand with the economic growth that got these countries onto the MINT list. In order for countries to be economically competitive, their healthcare systems need to keep up.

We have seen that, in these disparate markets, expanding public sector coverage isn’t necessarily as promising for pharma as it might at first appear. Cost-containment measures that are necessary to fund the expanded coverage often result in a challenging environment for novel products, and pressure to use locally-manufactured, low-cost generic products. As a result the greatest opportunities for pharma, within the MINT markets, at this stage often lie within the private sector. This sector is growing in all of these markets to serve the expanding middle classes, who do not consider the public sector services alone to be adequate.