This is the only event you need if you’re looking for hands-on industry examples, the critical success and challenge factors, and the answers to issues ranging from compliance to culture. No more theory, time for action.

Up close and personal: The Thomas D’Hooghe story 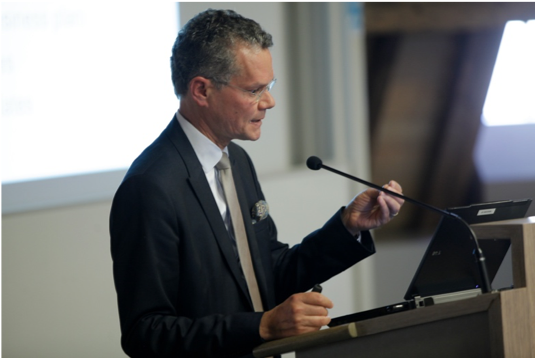 
While his friends were easing into retirement, Thomas D’Hooghe MD, 55, was sleepless with excitement at the thought of reinventing himself by jumping from academia to pharma.
It is a move he would recommend to anyone. “It was the best thing I ever did,” says the Vice-President and Head Global Medical Affairs, Fertility at Merck, sitting down with me and sharing his thoughts about passion, purpose, leading people and making a difference.
Origins
Working in healthcare was always in his blood. In high school it was never a question; D’Hooghe would study medicine. It was an ideal way to combine his interests in science, languages, art and philosophy. He embraces discussions about the meaning of life, spirituality and religion and practices a combination of Christian and Buddhist meditation.
His musician father toured the world as Director of the Royal Music Conservatory in Brussels. His mother studied religions and meditation. D’Hooghe fondly remembers returning to the nurturing environment of home from university to gather with his older sister, two younger brothers and their parents, to discuss art, religion, music, philosophy and meditation.
His father’s success was inspirational and it was from him that D’Hooghe learned to follow ones’ interests and that whatever you do, do it well. Seeing his father’s success was highly inspirational for him. His parents were also role models of global citizenship, impressing on him the value both of sharing your professional skills and knowledge, but also learning from other people and cultures.
Finding his passion 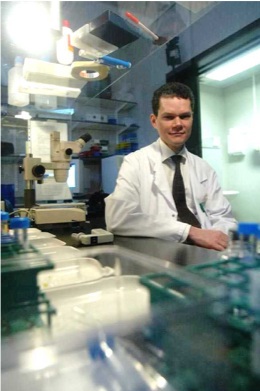 D’Hooghe recounts his decision to pursue OBGYN after his first experiences helping women give birth. “The overall experience women have during birth – in itself is fantastic - and to be able to contribute is a profound opportunity,” says D’Hooghe.
Perhaps it was the perfect marriage of science and philosophy. A move to a teaching hospital in apartheid-era South Africa led to a wonderful research and cultural experience where he saw, despite the politics, the compassion of humans helping humans in need.
Back in Belgium, he continued and finalized his specialization and developed a strong clinical and research interest in reproductive medicine. He knew he did not want to go to private practice since money wasn’t a driver for him and it would limit travel, and entail many disruptive nights.
He decided to replace the one-year mandatory military service with two years working in a developing country. In Africa, his mentor asked him to consider a unique research opportunity to develop the baboon as a preclinical model to study endometriosis, an important cause of infertility and pain in women. In Kenya, at the World Health Organisation (WHO)-collaborating Institute of Primate Research, he finalized his PhD in four years - together with his then fiancée Barbara.
Working closely with Kenyan scientists, they enjoyed a great collaboration based upon mutual respect and D’Hooghe learned to express himself in KiSwahili. His experience here subsequently inspired him to stimulate greater collaboration between academia, WHO and industry.
American at heart
D’Hooghe’s dream to work in a centre of excellence in US came true when Harvard showed interest in his research. D’Hooghe and his wife Barbara, both received grants and together they plunged into scientific research and a new culture. Impressed with unique US Harvard mentors and the American spirit of life, liberty and the pursuit of happiness he became, he says, an “American at heart”.
Soon enough it was time to head back home to Europe to raise their growing family of a son and two daughters. D’Hooghe was clinical and research head of reproductive medicine at University Hospital, Gasthuisberg in Leuven, Belgium.
There, he published close to 300 research papers, mentored 23 PhD students, received many national and international grants and awards, and enjoyed an international academic life with invited lectures and abstract presentations at congresses worldwide. His leadership lessons continued, and he discovered something else.
Consulting with industry and WHO during many years, he was increasingly enjoying working with industry. He enjoyed the professional environment, focus and respect during many discussions on reproductive health from a UN and a pharma perspective.
Reinventing himself
After 20 years of leadership in academic reproductive medicine, he knew he wanted to continue to work and research on reproductive health but on a global scale. Merck came with an opportunity to head Global Medical Affairs Fertility.
He was warned, however, that everything he had done to date was merely his price of admission. Here he would start with a blank canvas to prove himself. He learned that in this environment, the quality of one’s argument is key, not one’s authority or title.
And he was starting from scratch. When he joined, he didn’t know the difference between marketing and sales. He reflects on how lucky he was to have excellent mentors. It gave him the energy to rediscover himself.
He loves the energizing and leadership environment, the global context with different cultures, functions and working with intelligent people from different walks of life to make a difference together. He sees himself continuing to work in senior leadership roles in the area of global reproductive health in industry and/or in global international organizations like WHO, UN, EU, international professional organizations and foundations.
Helping patients 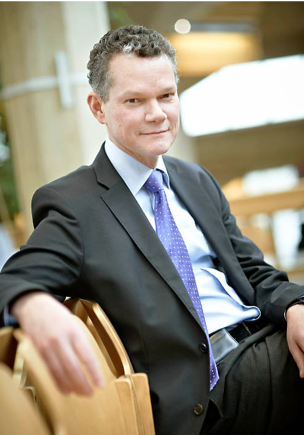 So how does he help patients now? His goal is to improve the quality of fertility care for patients, maximising their chances of having a healthy baby in the shortest period of time in the safest way. Healthcare is still in the early days of patient centricity and there is much potential to truly empower not only physicians but also pharma leaders to be more patient centric, he says.
There are two main categories where D’Hooghe and his team aim to make a difference, he says. The first is making studies more meaningful to patients. D’Hooghe and his academic team at Leuven University led the development of a tool that compares the patient centricity of different medications used in infertility treatments.
Its goal is that all studies evaluating these medications include a measurement of direct patient outcomes/experiences, using a validated questionnaire when evaluating products.
His second big goal is fruitful collaboration with academia. Merck Healthcare (EMD Serono in the US) has a long-lasting collaboration with a USA based patient organization with a mission to make a difference for fertility patients.
For example, they have collectively mapped out the patient fertility journey and identified areas of need where they can co-create solutions. D’Hooghe is exploring how to best initiate and develop similar partnerships with well-established patient organizations around the world.
On Leadership
Asked about the lessons he has learned about leadership, he says leadership means having the courage to be transparent and clear about expectations. He believes teaching is a kind of leadership and cites a quote from professor Ian Donald: “The art of teaching is the art of sharing enthusiasm”.
A good leader is also curious, humble, shows respect and knows the value of listening and learning from others when making decisions. And he adds: “In all things, lead by example.”
He has set quite an example to follow.
I just loved that in closing, Thomas emphasized that his challenging path could not have been pursued without the everlasting and continuous support of his wife Barbara.
To learn more, please enjoy this video interview with D’Hooghe.

This is the only event you need if you’re looking for hands-on industry examples, the critical success and challenge factors, and the answers to issues ranging from compliance to culture. No more theory, time for action.