Failure is going to be part of the process with biosimilars, but for companies with an entrepreneurial spirit and a clear mindset, the rewards are also there... 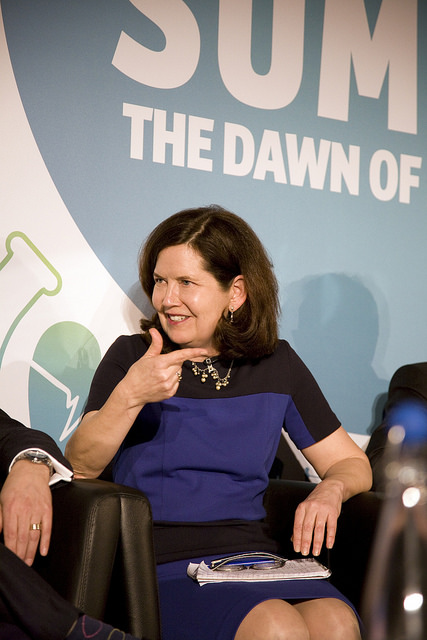 Boehringer Ingelheim has been investing in biologics for several years, first in a partnership with Genentech and now on its own. Speaking to eyeforpharma during The Economist Pharma Summit, Heidi Hunter, SVP, Biosimilars Business at Boehringer Ingelheim, explains how the company now has its feet firmly in both biosimilars and in new biological entities, in much the same way that Pfizer does. “We do not see a tension there,” says Hunter. “There are very complementary elements (in both biologic and biosimilar research areas) with very different development pathways”.

Yet while they are undoubtedly complementary areas, there are still tensions: for a start, there is only so much money to go round at any pharma company, which means pitches for funding internally are highly competitive. “Trade-offs include competing for investment dollars,” she goes on. “Good ideas need to be sold to the people who make investment decisions.”

The development of biosimilars also feels, at present, like being at the start of a journey rather than on a well-trodden path and this could influence the way people view such decisions. “The biosimilars sector has to prove itself,” Hunter acknowledges. “We really believe in the new biological entities sector because that’s what we live in all the time. Inherently, there would be tension since the biosimilar is a potential competitor of the originator. But biosimilars have yet to come to fruition.”

Does that mean that the search for new molecules carries less risk? “No, not more or less risk - but a different risk,” she says firmly. But having a new function within the company does tend to challenge other parts of the corporate structure to look anew at what they are doing, and this has the potential to be healthy all round.

Boehringer is tipping biosimilars to be a growth area, and it is one which Hunter believes will flourish in the next few years. For all the tension, there are great synergies too – not least in the way that discrete areas of knowledge along the continuum within the company can be used across all facets of development for both.

“Companies that have that kind of expertise and are willing to apply it in different ways will be very successful,” believes Hunter. Trying to show high levels of similarity in a very complex molecule means there must be new learnings from biosimilar development which can be shared, for example. “You learn so much about what makes a molecule work, which can be applied to innovation, the regulatory process, development process, the patent process,” she adds.

Chiefly, for this reason, biosimilar development at Boehringer is “very unlikely” to end up as a separate entity, she thinks. “I believe in utilizing the expertise within the company: it is faster, more cost-effective, and usually a much better investment to round out a process or a set of expertise that you already have rather than creating it from nothing.”

There is another reason: timing. “Timing is a crucial factor for biosimilars,” Hunter expands. “To really be effective here, you need those molecules to be ready and you need to be ready to commercialize the biosimilar when the patent comes off the originator molecule and that's very challenging to do. You don’t want to be building up your analytical development area when you should be running to goal.”

If you don’t have it [experience with biologics], you’ve got to get it quickly - you need the analytical capability to determine how you characterize that molecule analytically and biologically early on before it going into human testing".

It is a conundrum, with companies making crucial decisions about exactly how to make their own biosimilars blueprint work. Hunter points to Korean company Celltrion Healthcare, which is the originator, developer, manufacturer and dossier holder of Remsima – the first monoclonal antibody biosimilar to be approved by the European Medicines Agency - but chose Mundipharma to be its commercial partner.

If you want to reap success in biosimilars, you need experience with biologics, Hunter believes. “And if you don’t have it, you’ve got to get it quickly - you need the analytical capability to determine how you characterize that molecule analytically and biologically early on before it going into human testing,” she says. “And then you have to know how to interpret to regulatory framework and transform it into a very clean clinical research model. That's just your entry ticket.”

So what else is needed to convince doctors that this is a drug which should be prescribed to patients rather than the original? For most physicians, price is not the issue, she insists. They simply want the confidence that what they are giving patients is safe, high quality and effective.

Beyond the doctors there is a need to work with health systems - many of whom are very eager to work with biosimilars producers right now as they see biosimilars as a potential means to add competition to the biologics sector post-patent, she says.

The bottom line is that you need all the expertise you would need in traditional pharma, but with a different mindset geared towards biosimilars. “And all of this is evolving while you’re making your investment decision,” she points out. “You need entrepreneurial spirit, you need people who are highly skilled and able to collaborate across disciplines. In the end, it’s really about the people and how you bring them together and the model that you use to do that.”

There have been high profile movements in biosimilars recently, such as Pfizer’s $17 billion purchase of Hospira and the Food and Drug Administration’s recommendation of Sandoz’s version of Amgen’s Neupogen. “This is a developing sector with the potential for taking risk and getting a return,” Hunter agrees. “It moves fast. In the next 12 months, we will see more applications going in, more collaborations being formed because nobody has it all, more education and more managed care rising to speak positively about the sector – not in a biased way but to level-set because it’s so important to the payer.”

With all this activity, there is a possible danger that companies could lose their sense of perspective and rush headlong into areas they might regret. “We need to calm down and take a look,” she cautions.

Even though more and more companies will inevitably move into biosimilars, those which are already in the space are some way ahead, Hunter believes. “There is a first mover advantage for companies that are there because the learnings are great,” she says. “All the fluctuations in the development pathway create a level of understanding. To come in late is more challenging but not impossible. There are many levels of technology which could be used which are not being used yet. So I see more development here.”

Part of the beauty – and frustration – of any new field is that, with the sense of being something of a pioneer comes the very real fear of falling flat on your face when things go wrong. But, Hunter counters, companies can learn through trial and error – and if they are wise, they can then utilize that learning to create value for themselves and for their customers. So does she think it is inevitable that you have to fail? “This is a very complex area,” Hunter laughs. “Every entrepreneur will tell you that if you haven’t failed then you really haven’t done very much. You really have to get out there and fall on your face a couple of times. But you have to get up again!”