The clinical trials systems and the governing regulations must change in order for the UK to remain an attractive site for conducting research, MPs heard from expert witnesses during an evidence hearing held last week before the House of Commons Science and Technology Committee. 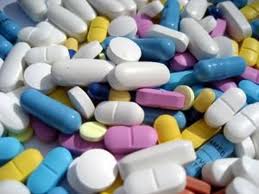 
Speakers identified confusing procedures, excessive paperwork, and lack of incentives for trial registration and result publications as the key obstacles that must be addressed for the benefit of patients and researchers, reports the British Medical Journal.
'By far the greatest impediment to doing clinical trials in Britain has been the fact that each individual trust—if you are doing a multicentre trial, and most trials are—takes on itself its own governance arrangements looking at things like criminal records reviews, patient consent forms, and the contracts going to their lawyers. We met one woman who had been a principal investigator in a study involving 62 hospitals, because it was a rare disease, and she had had 62 CRB [Criminal Records Bureau] checks,' said Michael Rawlins, chairmen of the National Institute for Health and Clinical Excellence (NICE).
Unclear regulations, unnecessarily required ethical approvals, and lack of cohesion between trial sites were quoted as other factors that researchers and patients found off-putting.
The hearing was a part of an inquiry that followed a proposal from the European Commission to revise the directive that regulates trials in the UK, and the AllTrials campaign for publication of results of all trials, which gained over forty thousand signatures at the time of writing. The MPs wanted to know whether problems with trial transparency were more than an urban myth.
'There is a great deal of evidence … suggesting that evidence is withheld, whether on purpose or as a result of the [clinical trials system] we currently use,' Fiona Godlee, editor in chief of the British Medical Journal, told the Committee.
'There have been a number of well known cases where drugs have been approved based on incomplete information—and where subsequently that information has been provided and the drug has been found to be either ineffective or actually harmful,' Godlee added in response to MPs question about the consequences of unpublished data. She stressed that whether regulators have access to all the information necessary for their decision is 'rather murky'.
Rawlins confirmed that whilst NICE insists that a medical director confirms that all relevant evidence has been provided before seeking drug or treatment recommendation, there's no mechanism that would allow NICE to learn about and eventually access any evidence that's being concealed.
Keith Bragman, president of the Faculty of Pharmaceutical Medicine and another witness, recognized the problem with what he hoped is 'a small minority' of individuals not doing the right thing, and who need stronger legislative incentives to make both, positive and negative results of their trials available to the public.
'If we do not know what we can believe, then the whole system suffers. Belief in medicine suffers, patients don’t take their medicines properly, the benefits that can be derived from medicines suffer, and it costs the NHS more,' he said.