The founder of a new co-op biotech company Andrew Hessel talks to eyeforpharma about how he is planting the seed for major change in the way medicines are discovered. 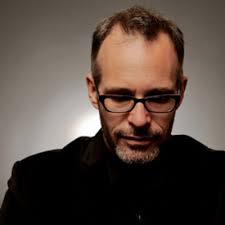 Disruptive innovation is a term often used but rarely delivered upon in the pharma industry: a new drug may be slightly better than the last (and sometimes it doesn’t even manage this), but the way pharma researches and develops medicines never changes.

Its current R&D model, tried and tested for over a century, sees companies work in a complex regulatory environment and take around 15 years and $1.5 billion to develop a new drug.

But this system is becoming less productive and more expensive, and medicines are by necessity becoming more specific and personalized, with bigger risks of failure attached to it. But despite this, the pharma industry will not change the way it develops medicines.

A new – and radical – biotechnology firm based in North America is looking to change all of this, and is planting the seeds of a major paradigm shift in pharma’s R&D model.

Fundamentally, pharma’s business model is old, it’s tired and it’s not serving the needs of people".

Called ‘Pink Army’, the firm works as a co-operative – the first of its kind in the life sciences sector – and its founder Andrew Hessel (a former scientist at Amgen) says his mission is nothing short of wanting to change the face of the pharma industry.

“Fundamentally, pharma’s business model is old, it’s tired and it’s not serving the needs of people,” he tells eyeforpharma.

Hessel says he simply looks at the industry today and has created a firm that does the opposite of everything it does: “So where is creates drugs for thousands or millions of people, I do it for one person. Where they charge money for their medicines, I give it away for free. Where they have shareholders, I have an open co-operative. And where it takes 15 years and over $1.5 billion to create, I want to make my treatments in just a few weeks for a few thousand dollars.”

To make his mission statement even bolder (and it’s already a very bold statement) is the fact that Pink Army’s primary focus is cancer – possibly the most difficult to cure and socially urgent disease of the 21st century.

The former US President Richard Nixon declared a war on cancer during his 1971 State of the Union address, but progress in fighting the disease remains poor.

The rise is of course impacted by people living longer and therefore are more likely to develop the disease, but such a sharp rise in deaths in just over a decade is a worrying trend – and seemingly one pharma has not been able to deal with.

This is down to the fact that it was not until the early 2000s that pharma companies began to realize that cancer is not a singular disease, but rather branches out into many cancers that need more sophisticated tools than just chemotherapy.

The reality is that you can have two people sitting in a doctor’s office both with breast cancer, and then give them the same drug, but one could go into remission whilst the other sees no benefit at all.

The key to unlocking why this happens came with the sequencing of the human genome in the late 1990s and early 2000s. Armed with this information, it became clear to researchers that each cancer has a specific genetic mutation causing the disease.

This means that, since the turn of the new millennium, pharma can design drugs to target these specific mutations, instead of just using the blunt tool of chemotherapy, and also create a diagnostic alongside to see which patients can benefit.

This all sounds good, but even with this new understanding death rates from cancer have continued to climb and many new oncology products fail to make it past mid-stage testing, costing the pharma industry billions of dollars every year in written off projects.

To compensate, pharma is exponentially increasing the price of each new cancer drug to levels unaffordable to most payers, with many new oncology treatments costing over $100,000 - $150,000 per patient.

And to make it worse, the majority of new cancer drugs do not even manage to increase overall survival, with only a handful able to do this, and usually for only weeks or months. Yet this moderate benefit is priced at a premium.

This is the model Hessel wants to break away from. He says:  “I saw this tremendous application of technology and the industry spends a fortune on R&D, but I realized that it didn’t directly translate into better output; and if anything there has been a decrease in drug development efficiency over the two decades. And I was aware of that whilst working at Amgen and I thought: wow, how does that change?”

The answer for Hessel is the Pink Army, which was incorporated in 2009, seven years after he left Amgen.

More recently the company has teamed up with Autodesk, the $11.4 billion software company best known for AutoCAD, which engineers use to design everything from sunglasses to skyscrapers, to help deliver in practical terms his idea. It is this collaboration that has really brought Pink Army to life.

His fundamental idea is to create synthetic viruses that can invade cancer cells, destroy them, and then multiply into more viruses to kill the remaining cancerous cells.

This forms part of a new research area known as oncolytic virology that uses weak viruses – which do not infect normal healthy cells – and deliver them into patients. Hessel wants to go one step further and create synthetic viruses, designed on a computer and the patient’s cells in a lab, and then printed out from 3D printers. Then it is given to the patient without a penny (or a cent) changing hands.

Hessel says he has already put around $30,000 dollars of his own money into the project and has 600 co-op members, each paying $20 each. This is what pays for the equipment.

Then I realized that these new technologies [such as 3D printing] actually allow me to make a drug very efficiently and instead of getting more expensive over time, it actually gets less expensive because the technology is digital; essentially you are using computers and DNA printers to make the drug.”

“So if you just look at it from the point of view of looking after your customers; well they’re simply not doing a good job taking care of them.

“And so the use of a co-op model was one that just appealed to me because it is really democratic; and co-ops are essentially communities that have been incorporated to meet a shared need of the community. In this case, it’s the need for cancer drugs.”

He says he expects to start seeing patients in the next two years to try out this new technology.

In the meantime, he is also trying this new way of treating cancer on people’s pets, notably their dogs.

“People are so attached to their pets and when they get ill with cancer, it can be devastating. At the moment for dogs they get the same kind of drug treatment we get for cancer, but it doesn’t help them, it just makes them very sick before they die.”

He admits that he will need to charge for these treatments to help fund his human clinical trials, but says most owners will be willing to pay for something that could help their dog live longer, and in the longer term allow free cancer treatments for people.

He is not looking to create patents on how he works, or the drugs themselves. “There’s no point in doing that,” he explains. “Each drug will work for each individual, and no-one else. So each person is getting a drug truly tailored to them. Why patent it, when it won’t work on anyone else?”

He says this model also cuts down on R&D costs, which he says can be reduced to just a few weeks after he has established which type of synthetic virus to develop and print. This would also drastically reduce manufacturing costs.

He also wants other researchers to take these ideas and “run with them”. “Science is there to be shared, not hidden away,” he explains.

Hessel is clearly excited by the whole idea, but is not getting ahead of himself. “There is still a lot of work to do and I don’t think this will change the industry overnight. But I hope this is the start of a more open approach to cancer drug development, and one that will ultimately benefit the patient, who has too often been forgotten by pharma.”

This is a radical departure from pharma's traditional R&D model, but the industry should take note of Hessel's desire to lower costs and R&D timings, as well as his focus on the consumer. These are all major breaking points for pharma's research and development strategy - if they can take something away from Hessel's idea, it could help turn around the industry's fortunes.