GSK Under Investigation Over 'Pay For Delay' Deals

The UK's Office of Fair Trading will investigate GlaxoSmithKline over what the commission suspects were a "pay for delay" deals that allegedly took place in 2001 and 2004. 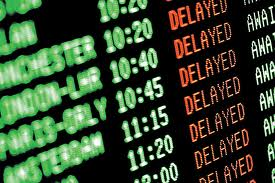 The OFT alleges that the company breached competition law and abused its dominant position in the supply of an antidepressant paroxetine (Sexorat).

According to the OFT, GSK accused generic manufacturers of infringing its patents and, to settle the disputes, the smaller companies were paid to put off the entry of their drugs into the market. GSK and the three generic companies, Alpharma, Generics UK and Norton Healthcare, have until August to respond, after which the OFT will decide whether the law has been infringed.

Ann Pope, senior director of services, infrastructures, and public markets at the OFT, said, “The introduction of generic medicines can lead to strong competition on price, which can drive savings for the NHS, to the benefits of patients and, ultimately, tax payers. It is therefore particularly important that the OFT fully investigates concerns that independent generic entry may have been delayed in this case." She added that the investigation is ongoing and no assumptions about whether or not the law had been broken should be made at this stage.

A spokesman for GSK said that the company's belief is they acted in accordance with the law, and that these arrangements resulted in other paroxetine products entering the market before GSK’s patents had expired.

“The OFT investigation covers matters that have already been investigated by the European Commission in 2005-6. In March 2012 the commission announced that it had formally concluded its inquiry with no further action,” he added making a commitment to fully cooperate with the OFT.

Paroxetine, launched in the early 1990s, became one of the best selling drugs in the world, but cheaper generic versions hit GSK’s profits after the patent expired in 2004.

Pay for delay deals have been widely used in the United States, where the Federal Trade Commission has been challenging their legality through the courts for years. The issue has finally reached the US Supreme Court, which heard arguments in March and is expected to deliver a ruling in June.