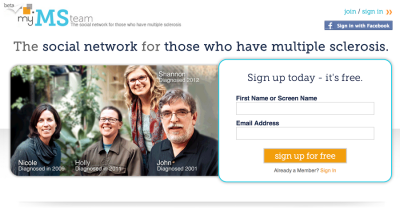 Let’s face it, the healthcare industry has taken its time coming to terms with the potential for change that information technology brings to the sector; pharma, specifically, is arguably even further behind the curve.

In a July 2014 article – “Healthcare’s digital future” – authors Stefan Biesdorf and Florian Niedermann, from global management consultants McKinsey & Co., write: “We believe the healthcare industry is on the cusp of a third wave of IT adoption, and that now is the time for it to go all in on digital strategies.”1 They also note that the failure to embrace this third wave earlier was in part because the first and second waves of IT adoption focused more on processes and less on patient needs.

Patients – who are rapidly turning into health consumers – remain the key to successful digitization, argue the McKinsey authors, who “interviewed thousands of patients from different age groups, countries, genders, and incomes” and with "varying levels of digital savvy". Unsurprisingly, “patient engagement” is the phrase that’s currently tripping off the tongue of almost everybody close to pharma.

One area where digitization looks particularly promising for pharma is in relation to clinical trials, with successful projects having the potential to substantially boost competitiveness. It’s no surprise, then, that this move towards patient centricity has initiated a wave of start-up activity, according to the authors of eyeforpharma’s report: Patient-Centred Innovation in Clinical Trials – “Putting Patients at the Heart.”2

A number of recent studies have pointed to the rising complexity and costs of clinical trials. A Tufts CSDD study found that a fifth of procedures in later-stage clinical trials were solely conducted to collect extraneous data, with the average cost of such procedures being greater than $1m. On average, study timelines have to be doubled in order to meet enrolment levels across all therapeutic areas and 37% of all research sites typically under-enroll patients.

A particular issue is that years of valuable drug development time can be lost due to a lack of patient engagement. This is costly when enrolment accounts for up to 40% of total US clinical research budgets; accordingly, finding ways to reduce such delays has become a hot topic. Pharma companies suggest lost sales revenue attributable to each month’s delay in clinical trials can reach $40m.

No wonder, then, that pharma is keen to engage patient communities. One area where digital platforms have enjoyed considerable success is in serving communities of individuals with chronic complaints; these operate rather like a Facebook for people with a specific condition and are driven by the engagement of their users. For instance, the MyHealthTeams family of digital platforms currently numbers four communities among its portfolio: these cover autism, breast cancer, Crohn’s and colitis, and multiple sclerosis.

People’s need to understand more about chronic conditions and engage with fellow sufferers is a powerful driving force, Eric Peacock, MyHealthTeams’ co-founder and CEO argues. His view is supported by Dr Javier Zambrano of Biogen Idec, who has been working with the MyMSTeam platform as part of an outreach program to recruit participants for a clinical trial.

“In the US about one in two people have a chronic condition,” Peacock explains in an interview with eyeforpharma ahead of his presentation at Patient Centered Trials Conference. He predicts that his organization will have grown to “about 50 or 100 of these social networks” in five or six years’ time. Certainly, growth has been impressive from a starting point in June 2011 with 25 parents signed up to the autism community, where today the site boasts close to 60,000 users. This expansion has been achieved without significant marketing spend; instead MyAutismTeam partners with relevant foundations.

Much of the success of these communities is down to trust and also tackling the issues that really matter to their members. The participants choose what they want to discuss, how and when they engage and also frequently support other members of the community.

In this context, Peacock is dismissive of traditional pharma industry-driven sites. “They rarely talk about the real stuff patients want to discuss,” he declares. Partly this is a compliance issue and partly a failure of many pharma initiatives to be truly patient-centric.

Maintaining the trust of the community is paramount and that’s why sites from the MyHealthTeams stable never share patient data with pharma organizations. This is particularly important when it comes to clinical trials.  In this context, MyHealthTeams works with pharma partners to understand the inclusion criteria for a trial, and then contacts those members for whom the trial might be relevant.

For instance, the MyMSTeam administrators are able to identify community members who match a specific profile sought by a company conducting a trial. For practical purposes, they can also identify members who live close enough to a center that forms part of that trial.

From one email we had 34 patients; after two weeks, nearly 800 people took the screener; 156 passed the screener, and 66 lived near a trial site.”

Then, those community members who fit the profile – and, importantly, who have also given their consent – are contacted individually and privately via email by the MyMSTeam. They are invited to participate in a pre-screening survey and, if they pass that, are then offered the opportunity to be contacted by the pharma company conducting the specific trial.

And it seems that this system works. According to Dr Zambrano, in the case of the Biogen Idec trial, they were screening almost six patients a week prior to partnering with MyMSTeam. However, “from one email we had 34 patients; after two weeks, nearly 800 people took the screener; 156 passed the screener, and 66 lived near a trial site.”

There are a number of important considerations when it comes to engaging with pharma companies, according to Peacock. The communities always vet potential pharma partners because they’re looking for leaders in their field. He adds: “We have to be transparent with our users – that we’re being paid by the pharma company – and it’s got to empower our users.”

So what’s in it for pharma? Moving trial candidate selection away from a mass marketing approach to a more precisely targeted niche model opens up a cost-effective route to recruiting suitable participants by dramatically boosting the numbers of candidates putting themselves forward for a trial. It is also fast and has the potential to offer other valuable insights influencing trial design: for instance, the system could be used to select relevant sites for trials, driven by anonymous patient cluster data from the communities.

Of course, similar initiatives elsewhere have also highlighted lessons to be learnt. Trial participants may need to be counseled not to share details of a trial in case they risk damaging the integrity of the process. Where potentially damaging content is shared, it is important that site administrators are able to remove it in order to protect the trial.

Pharma companies never really had a way to engage patients directly before, claims Peacock. Now they have the opportunity to conduct powerful market research, to understand what matters to patients, to identify trends, and to improve therapies.

What, then, is Biogen Idec’s perspective on this pioneering initiative? It’s the first time the company has engaged with a social network formed solely of individuals with a specific condition as part of the clinical trial recruitment process. Maintaining trust in and the integrity of MyMSTeam was paramount to the company.

“Our main consideration was ensuring that patients who put their trust in MyHealthTeams were ok with us openly posting about the study within the MyHealthTeams environment,” Biogen Idec’s Dr Zambrano emphasizes.“The results of a survey indicated that 85% of the members were willing to be contacted about clinical trials relevant to them. Secondly, we made sure that the partnership between MyHealthTeams and Biogen Idec was made transparent in all outreach efforts.”

DrZambrano adds: “This was a great way to utilize social networks to impact our clinical trial recruitment efforts. If used at earlier stages it can help to better identify the distribution of trial sites and better match viable patients for trials.”

He reports that the initiative has been a success, particularly in recruiting trial participants. “Response rate on the first wave has been about 15%, which is higher than traditional methods for any outreach program.” So, what worked especially well from Biogen Idec’s perspective? “The fast and open communication with MyHealthTeams and the overwhelming response from their members.”

Today, the company has “many efforts underway associated with social media and social networks” albeit that it is also “continuing to assess the process and gather results and insights". Dr Zambrano adds: “These will help us decide, dependent on project and audience, if this is the best approach.”

Future choice of social media partners will depend on specific projects, outcomes and insights the company is seeking to gain, he concludes.

Eric Peacock, Co-Founder and CEO MyHealthTeams will be presenting at Patient-Centered Trials Conference . For more information on his presentation, click here.