Kill the buzzword: Make patient centricity a reality with a health-focused commercial model

Being Clear about Patient Needs in Psoriasis

Findings from a global survey of psoriasis patients has given Novartis new insights into the unmet needs of the disease. 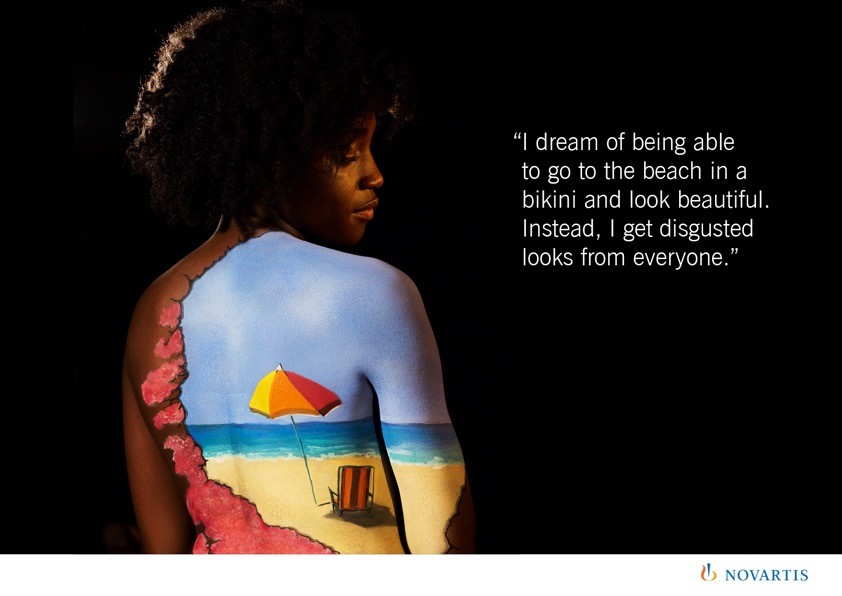 As pharmaceutical companies delve further and further into the underlying pathogenesis of a disease, they begin to understand more and more how a disease develops and manifests itself, but more importantly, how it can be prevented or treated. One such condition, the nature of which has been elucidated more clearly in recent years, is the autoimmune condition psoriasis.

Yet while its effects on patients were broadly known, the level to which the disease affects their everyday life, as well as their physical and mental health, had not been fully uncovered.

Until now, that is. Novartis have funded a global survey of over 8,300 people with a moderate-to-severe form of the painful and debilitating skin condition, which is the largest global psoriasis survey and the first to look at perceptions of clear skin.

The results of the survey were stark: almost half (45 per cent) have been asked if they are contagious, while 55 per cent said they do not believe clear or almost clear skin is a realistic goal. Forty per cent of patients have been stared at in public, and a shocking 84 per cent of people with moderate-to-severe psoriasis said they suffer discrimination and humiliation.

The survey represents the largest partnership that Novartis has ever embarked on with patient groups, with 25 different global organizations involved in the “Clear about Psoriasis” survey. 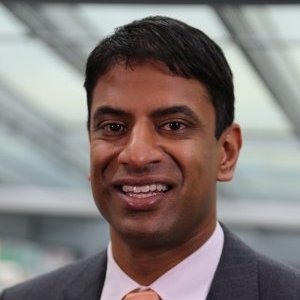 “The only way we can improve patients’ lives is to listen to them and work with the community to challenge the status quo,” said Vasant Narasimhan, Global Head, Drug Development and Chief Medical Officer, Novartis. “This survey marks our commitment to support the World Health Organization’s (WHO) resolution to make psoriasis a global health priority, fighting the stigma and ignorance associated with psoriasis and advancing patient care.”

Eric Hughes, Global Development Head, Immunology and Dermatology at Novartis, told eyeforpharma that Novartis was inspired to carry out the latest study following an acknowledgment by the World Health Organisation of the devastating impact of psoriasis on patients.

“Psoriasis is a significant disease, affecting about three per cent of the global population, which accounts for more than 125 million people. Our survey evolved from the commitment by the WHO – who for the first time put a dermatological disease on the list of conditions with significant unmet needs. That inspired us to learn more from patients directly.”

Indeed, Hughes admits that the survey results were somewhat surprising – even as a trained physician, the magnitude of the effect on patients came as a shock to him.

“As a physician, I was surprised to learn just how impactful the disease is on patients. This is a heart-breaking story – to think that patients are being discriminated against or humiliated is saddening – people are suffering and sometimes suffering alone. People can become very withdrawn from society as they are incredibly conscious of their disease. It is surprising that in a modern society there is still so much discrimination. For me, having seen patients all my life this has really struck a chord.”

Richard Warren, Reader and Honorary Consultant Dermatologist at the Dermatology Centre Salford Royal Foundation Hospital, University of Manchester, was the chief investigator of the study. He agrees with Hughes that the results point to the strong correlations between psoriasis and some psychological conditions.

“The critical thing that this study showed, and which we understand to an extent but this really reinforced it, is that many people with psoriasis (approx. 40%) have some sort of psychological condition that has been diagnosed, such as anxiety or depression. This supports previous research which shows that in terms of morbidity and quality of life, psoriasis is comparable to being diagnosed with cancer diabetes and heart disease”.

The survey is the first of its kind to focus on treatment aspirations - have these changed in recent years due to newer and better treatments such as biologics? Warren explains that there has been a slight shift in patient expectations, but nothing of the magnitude one would expect. Noting that most previous surveys carried out in relation to psychological morbidity have largely been aimed at physicians’ views on this, this is the first time this is really getting to the center of what patients expect.

“Patient expectations are evolving as they learn about new effective treatments, but ultimately this study has highlighted that despite the evolution of effective treatments, a huge proportion of people have very low aspirations when it comes to treatment success. There has maybe been a little bit of a shift in people’s expectations, but nowhere near where there should have been, given the treatments that are available.”

Reasons for this vary, he believes; patients failing to be referred to secondary care has an impact, as does a reticence to seek out the best treatments by patients already suffering with their self-esteem and self-confidence.

“There is a significant cohort of people still being told there’s nothing that can be done for them, especially where they are just managed in primary care and don’t get referred through to secondary/ specialty dermatology service. They find it very difficult to be open and discuss their disease so that also plays into the fact that they are not getting the care that they should be getting.”

There are different definitions of what constitutes moderate-to-severe psoriasis, but Warren explains that the survey tried to include all patients whose lives are impacted significantly by the disease.

The Psoriasis Area and Severity Index (PASI) is the most widely used tool for the measurement of severity of psoriasis, and a PASI score of more than 10 is acknowledged by most healthcare systems as severe psoriasis.

“This score will, by and large, if you have failed other treatments, qualify you for a biologic. We also felt, however, that we needed to capture people who may have slightly lower PASI scores but also have psoriasis affecting higher impact sites, such as on the face, the genital area, and the hands. The people who were surveyed all fulfilled that criteria.”

According to Warren, it is “perfectly reasonable” to have high expectations from the current armamentarium of treatments.

“With all the treatments we have, we would say the majority of people, maybe70 to 80 per cent, should expect an extremely good outcome… not necessarily clear for everybody, but the majority getting a really good outcome, really driving away their disease so it causes them very little day-to-day trouble. There is also a good proportion of these patients that can expect clearance with their treatment.”

The survey points towards a large proportion of patients receiving inadequate care for their condition. Warren believes this is unacceptable.

“Are we effectively treating patients? When we have these effective treatments we need to make sure that the right people get the opportunity to go onto these medicines.”

Hughes says the survey will aid Novartis in their efforts to spread the word about the disease, but also help in educating patients about their possible treatment options.

“One of the things we want to do with the survey is get the word out to patients, knowing that maybe they are not necessarily aware of the treatments that can be offered nowadays and they don’t have to suffer as they are. As a company, Novartis wants to raise general awareness, not only among the public but among patients so that they are empowered to speak to their dermatologist to get the best possible treatment for them.”

Hughes agrees that a certain amount of responsibility lies with the pharmaceutical industry in terms of raising awareness and providing education on disease areas, yet direct communication with patients doesn’t necessarily form part of this.

“I am very proud of this survey and it was very enlightening to speak to patients directly...When we are doing drug development, we generally interact with our physicians and investigators mostly, and sometimes patients may not speak up as much as they could or should, particularly with this disease as they may not want to communicate it to their physician or they are self-conscious.”

Novartis will now take the results of the “Clear about Psoriasis” survey and use it to frame and format online content for those with psoriasis seeking to learn more about the disease and its potential impact. This will be invaluable for those already affected by the disease and seeking further information. Their website, www.skintolivein.com, is an online hub dedicated to educating and supporting patients with severe skin conditions, such as psoriasis with social media channels across Facebook, Twitter, YouTube and Instagram.

“The most important thing we will do is use this information online for people who may be isolated in their homes. For these people, the era of technology and social media is very useful for them – if you think back 20 years ago, you would find it hard to get any information on this disease.” Hughes explains.

Warren agrees: “It is very clear to me that academic and industry collaborations are the most effective way to lead to optimal outcomes in research, whether that be large scale clinical trials, right through to this kind of study. This study would be impossible to coordinate alone and the fact we have been able to collaborate with industry means we now have specific data on this and we can begin to address this problem.”

Furthermore, a well-informed and empowered patient population has benefits for all stakeholders, adds Hughes.

“The plain and simple fact is that when people become more informed about the disease, they will understand that a range of treatments are available and it’s about finding the right one for them.”

From a survey to an endpoint

Findings from the survey are also being prepared for submission to scientific journals and will be presented at the 25th European Association of Dermatology and Venereology (EADV) Congress.

Some of the things we have discovered through the survey, about the way patients suffer, the way they are discriminated against, the way they are isolated, could all be possible endpoints in future studies that may have more impact on developing a drug and showing true value.

Potentially, the results could help guide future R&D efforts; Hughes suggests that these new understandings of the impact of psoriasis on patients could help formulate new and innovative endpoints for upcoming clinical trials.

“This is one of the more interesting things that these surveys could help us with. We are always talking with regulators about potential endpoints for studies. There is the typical PASI scores that are used currently to measure the success of the drug. Some of the things we have discovered through the survey, about the way patients suffer, the way they are discriminated against, the way they are isolated, could all be possible endpoints in future studies that may have more impact on developing a drug and showing true value,” he says.

“It’s a long way to go from a survey to an endpoint but I believe we can learn from surveys like this and come up with better endpoints. I also think regulators will understand that. They want to know the value that a treatment can bring to patients.”

Kill the buzzword: Make patient centricity a reality with a health-focused commercial model