Could trials be at risk of being invalidated by rebellion from patients? 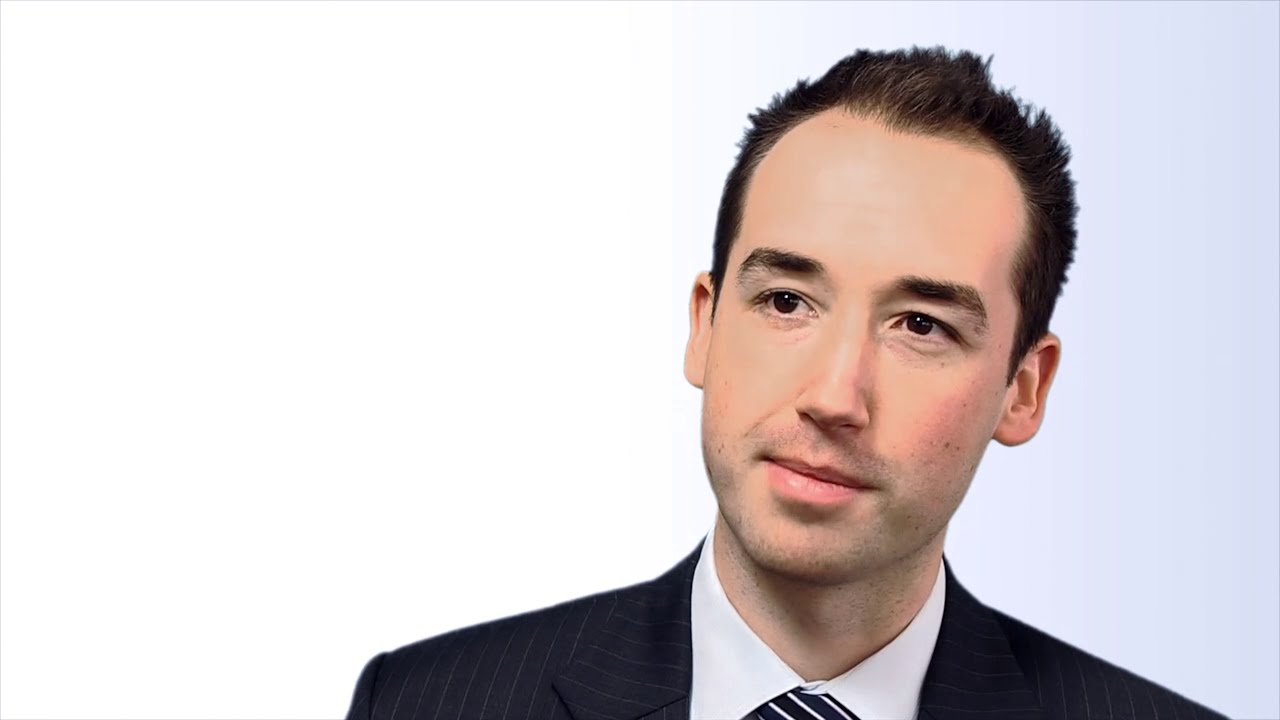 Although patient-centricity might be pharma’s buzzword of the decade, it has so far generated little more than slogans. Take the way clinical trials are conducted. Right now, there is little in the way trials are run that truly considers each patient as an individual with needs, preferences, and desires. Clinical research has been designed to prioritize scientific inquiry, the needs of the sponsor, and the requirements for regulatory approval. But are those two really that different? Rather than being polar opposites, the interests of science and patients can be reconciled for mutual benefit.

First, get patients on-board in phase zero, and find out whether you should be running a particular trial to begin with. Be honest. Is your drug really going to address an unmet need? “Often the most complicated and burdensome trials are designed for drugs that the world does not need – the ‘me-too’ drugs – which are existing compounds with a twist,” Paul Wicks, Vice President of Innovation at PatientsLikeMe told eyeforpharma, adding that the industry needs to learn to communicate better which are potential breakthrough compounds. You’re not sure what can make a real difference? Listen carefully to the patients you’re supposed to serve. Analyze what they say which will enable you to identify gaps, that should inform your research agenda. Asking physicians is not enough; there are insights that only patients can provide.

Second, put patients on the trial design advisory boards. “According to a survey [PatientsLikeMe] conducted, only 1% of clinical trials operations executives gathered data from patients when they were designing their clinical protocol. Can you imagine if Apple didn’t ask for feedback from 99% of their customers?” Wicks asked. The parallel between selling phones to customers, and recruiting participants for a clinical trial is not far-fetched. After all, patients decide whether they want to enroll in a particular trial, so making it convenient for them to sign up for and remain a part of the study should be a priority for a pharma company.

Third, seek patient feedback and incorporate it. If there are 200 aspects of a research protocol, and statisticians and regulators set 150 of those, you’re still left with 50 items on which you should get quantitative and qualitative input from patients. Take this opportunity to brainstorm for solutions on how to make each of those aspects most convenient for the patients. “For instance,” Wicks recalled. “If you take hospital visits, why not get transport for patients to get to and from the hospital? That way the patient doesn’t have to drive, which is a challenge in many conditions; he or she doesn’t have to worry about getting a parking spot, about paying for parking, or about getting out of the appointment on time to get back to the car. This was a suggestion that came from patients, which was incorporated in the protocol, making it easier for patients to stay enrolled.”

Fourth, develop new research paradigms. Although it is now considered to be the gold standard in medical research, double-blind, placebo-controlled experiment is a product of the early 1950s. “We shouldn’t think of the [current paradigm] as the pinnacle of what medical research should look like. People now say that a double-blind, placebo-controlled study is the apex of evidence, but in 50 years it might seem as outdated to scientists as some practices from half a century ago look to us now,” Wicks stressed.

He suggested increased investment in placebo effect research as a solution to the problem. “Evidence-based medicine relies on randomization to counteract the placebo effect, which we know nothing about.When you give people sugar pills – their depression lifts, their glucose improves, their wounds heal faster – but no one knows how it works.” Wicks proposed that if we spent money on placebo research, and were able to describe it accurately so that any experiments could be adjusted for it, there would be no need for blinding. “[Fathoming the placebo effect] is what we need to do in the long-term,” he concluded.

Getting over the hurdles
Companies face three types of obstacles on their way to designing patient-centric trials.

First, lack of experience can be paralyzing. “They don’t know how to do this, there is no budget for it, no instruction manual, no one in charge of listening to patients,” Wicks acknowledged. In response to that, PatientsLikeMe is setting up a “rigorous, robust, scientifically-sound” system that can not only gather information from patients, but it can also run simulations to show how changing particular qualities of trial design can improve it.

Second, regulatory challenges might be crippling. There is a common fear in pharma that once you start asking patients questions, the reporting of adverse events will skyrocket, bringing the approval process to a halt. “This might happen, but can be circumvented if appropriate guidelines are put in place, which, on thebone hand, protect pharma from liability, and on the other, enable them to still listen to patients,” Wicks remarked.

Third, risk and benefit balance can be uncertain. “Indeed, the first time you do this, it will be cumbersome and not particularly rewarding. You’re learning. You’re experimenting. This is a radical approach, after all. But as you do it again and again, it will become easier, cheaper, more efficient, and very beneficial,” Wicks asserted, noting that greater involvement of patients in clinical trials might just become necessary. “Journals are now inviting patients to be peer-reviewers, so it might happen that a study, even if it was scientifically-sound, is rejected in the process because it does not address what is relevant to patients. How can this happen? Well, if you don’t ask patients what’s important to them, you don’t know, and you can’t deliver.”

What will happen if you don’t
The way clinical trials are currently set up is defined by a set of imbalances between patients and people running research. As a result, it is becoming more and more difficult to recruit and retain participants. Patients are dissatisfied and, worst case scenario, break the study protocol making the whole research potentially invalid.

PatientsLikeMe reported several times on patients affected by motor neuron disease, who unblinded themselves. In those cases, patients considered their bloodwork results, often saw that they had neutropenia, which led them to conclude that they’re most likely on the drug. When they aggregated their results with everybody else’s outcomes, they were able to see whether the drug was working or not. This is a big symptom of patient dissatisfaction, according to Wicks, and can potentially invalidate research.

Clinical trials ca. 2015
Contemporary patients take a much more active role in their own care than their counterparts did 50 years ago, learning everything they can about their diagnosis and treatment. But this new level of engagement doesn’t appear to translate very well to pharmaceutical development.

In a day-to-day doctor-patient interaction, the physician has the opportunity to provide the service user with in-depth information. No questions are off-limits, and patients are able and encouraged to enquire about what they’re suffering from, how to deal with it, and can expect an intervention of their HCP in case side effects occur.

The minute a person receiving treatment enrolls in a trial, the dynamic changes. The patient becomes a research subject, and the primary goal of his or her participation is not to make him or her better, but to deliver sound data for scientific scrutiny. Blinded to treatment allocation, patients have no opportunity to ask about the molecules they’re introducing into their body. In a double-blind situation, where information about drug assignment is withheld from doctors, HCPs are no longer able to offer support when things go wrong.

But problems don’t end there. “When you’re a participant, your right to know what’s going on with your body is being diminished,” Wicks pointed out. Indeed, various measurement are taken from people taking part in a study on a regular basis, but little to no information is fed back to the patient for  fear of unblinding the study. “Due to mostly regulatory reasons, the number of procedures trial participants are subjected to has increased by 7% annually for the past decade, meaning that patients have to dedicate an increasing amount of time and energy to participate in research, but the results are hidden from them,” Wicks said, adding that even after the trial ends, it is difficult for patients to gain access to their own data. “In the first decade of the 2000s, more than 10,000 patients took part in clinical trials, 90% of them were not told what the results were,” he summed up.

Nevertheless, even if the results are finally published, problems with access don’t end there. “Results of clinical trials are published in peer-reviewed journals, which cost US$30 per article to download for someone without a subscription. And even if you do manage to get a hold of a paper, chances are you won’t be able to understand it because it’s written in medical jargon. Not to mention that patients are often denied information about trial results because that data is thought to be proprietary or confidential.”

Clinical trials are fundamental to pharma’s existence and making them patient-centric is fundamental to successful drug development. In a world where various companies are competing for patients to enroll in their trials, it is bizarre that so few organizations would seek input from patients on how to design research. Patients should be put on advisory boards and treated as partners alongside investigators. Getting feedback from patients should inform resource allocation, allowing money and time to be pumped into molecules that are most desired and address most pressing needs.

In order to enhance patient-centricity in clinical trials, new technology-driven initiatives are being undertaken to make clinical trials participation less burdensome for patients and increase efficiencies in conducting trials.

But, as we witness the increased adoption of integrated technologies in mobile, data-mining and analytics, what’s really working, and what’s hype?

Find out in this eyeforpharma webinar with clinical trials experts from Eli Lilly, Patient Power and PatientsLikeMe.