The Russian Pharmaceutical Industry is facing many regulatory challenges, new digital possibilities and is changing faster than ever before

Biosimilars: Value or Innovation, or both?

The biosimilar market is picking up pace and eyeforpharma's head analyst, Magnus Franzen, met with two companies that are seeing a key role for their future businesses in biosimilars. They discussed how biosimilars are both value and innovation, as well as a definite part of the future of pharma. 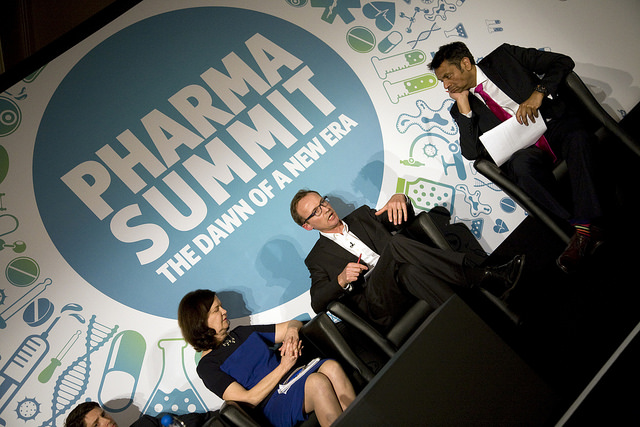 The movements in the biosimilars market recently can hardly have gone by unnoticed. In March, Sandoz got a preliminary approval for its similar to filgrastim by the FDA.  The Sandoz drug that will go under the commercial name of Zarzio (and Zarxio in the US) would be the first drug ever to get approval through the specific biosimilar regulatory pathway.

Meanwhile, there is a pending lawsuit filed by Amgen (the originator of the drug) against Sandoz for not revealing the production processes behind the similar.

There is also Pfizer's recent take-over of biosimilar developer, Hospira, for U$90 per share, amounting to approximately U$17 billion. With the acquisition, Pfizer is really strengthening its position as both an originator and similar developer of biological medicines.

Even more recent news is the launch this month of Mundipharma's biosimilar to infliximab (with the commercial name Remsima) in six European countries – UK, Germany, Italy, Belgium, Luxembourg and the Netherlands.

At the Economist Pharma Summit, I sat down with two companies that are seeing biosimilars as an important part of the future for pharma: Mundipharma and Boehringer-Ingelheim.

Mundipharma is clearly seeing great potential in biosimilars with Remsima, which was is a distribution deal with the Korean biotech Celltrion.

Interestingly, however, the companies seem to approach biosimilars from different perspectives. François Bernard, Director of Market Access and Communications at Mundipharma, explain that, for them, it's all really about providing value to the customer, and biosimilars is just a tool for doing that in the form of reducing costs. While for Heidi Hunter, Senior Vice-President Biosimilars Business at Boehringer-Ingelheim, the motives for moving into biosimilars are a lot about innovation.

According to Bernard, a core part of Mundipharma's strategy is to understand the customer and understand their needs: “What we can call a pull approach instead of the traditional modus operandi of pharmaceutical companies: depending on the products in their pipeline, trying to push to whatever cost the product to the market. And even if they tried to listen to their customer along the way, they are tied to their pipeline”.

Basically, Mundipharma's model works in three steps. The first is a very early engagement with the customer to identify the key needs or “pain-points”, and a degree of co-creation of the solution. This often means “bring[ing] different people together in the same room with no real focus on a particular product or therapeutic area, but focus on inefficiencies in the system”, Bernard explains. “Even if we can't be part of the solution every time”, he continues, “at least we have this initial discussion and an understanding of the inefficiencies in the system to be able to come up with a holistic perspective of the potential solutions that we can provide”.

The second step, after having identified the “pain-points” in the system, is to find the right business partners to be able to provide a solution to the customer. “Why Mundipharma is being successful in this is not because we have all the expertise and can do everything ourselves”, says Bernard, “but what we can bring to the table is the expertise in finding the right business partners to bring to the discussions”. And they are able to provide the solutions in a timely fashion – the discussions with Celltrion started no more than a year ago. “With the business partners we are trying to be as lean and flexible as possible to identify what solutions can be developed to meet the customer's needs”.

In a final step, it's Mundipharma's aim is to bring the solution to the customer for a price that the healthcare system can afford.  And this is where the biosimilars come in. Biologics have provided incredible benefits for millions of patients, but the downside has been the present financial strain under which the healthcare systems suffer. “When we started engaging with payers, it became clear that we needed to move into this “hot-spot” for the systems”, says Bernard, There is, therefore, a need for biosimilars, since they, one could say by design, provide equal value for less cost – a true win-win situation.

For Boehringer Ingelheim, the situation is a little bit different, being an established player in the biological originator market as a contract manufacturer for many years. The company was one of the early Big Pharma to move into biosimilars a few years back and it has now, as mentioned, several late-stage products in the pipeline, and has positioned itself, not unlike Pfizer, as a strong biologic originator and biosimilar player. “BI does not see a tension there (between Biosimilars and biologic development generally) because there are very complementary elements with very different development pathways,” says Heidi Hunter.  “Inherently there is tension in the market”, Hunter expands, “since the biosimilar is a potential competitor of the originator that  has a proven value. It’s a known target. However, when you get down to making the molecule, you realize it’s a different kind of risk in development. Not more or less, just different”.

One of the key synergies from being active in both biologic originals and biosimilars is the utilization of expertise across all facets of development, as well as potentially in the market. “All along the development continuum, you have a lot of very discrete sets of expertise that you need to use but perhaps apply in different ways”, Hunter explains, “Companies that have that kind of expertise and are willing to apply it in different ways will be very successful”. Basically, it can be a learning experience that is building upon past experiences. “In biosimilars, you are trying to show high levels of similarity of a very complex molecule and you learn so much about how that molecule actually works that you can then apply it to innovation. In a similar fashion, you learn from the differences in the development, regulatory, and patent processes”.

According to Hunter, to reap success in biosimilars, for starters you need experience with biologics, (“and if you don’t have it you need to get it quickly”), you need the analytical capability to determine how you characterize that molecule analytically and biologically early on before it goes into human testing. In addition, you need to be able to interpret the regulatory framework and transform it into a very clean clinical research model.

When all that is in place, you still need to convince the doctors that this is a drug that he or she should prescribe to his or her patients – and for most doctors, price is not the issue. That means that you also need to work with healthcare systems and payers. Fortunately, and both Bernard and Hunter underline this, payers are very eager to start working with biosimilars to ease their financial pressures.

Both Mundipharma and Boehringer-Ingelheim thus see great future potential in biosimilars: “If we can provide equal value to lower cost, to me that is true innovation”, says Bernard.

So, what about the recent events in the biosimilar space: have we reached a tipping point where biosimilars are starting to show their strength in the marketplace? Both Hunter and Bernard seem to think so. “The dynamic of the last few months is something that can be expected in an emerging sector, such as biosimilars. And we will definitely see more of this. In the next 12 months, we will see more applications, more collaboration, more education and more managed care rising to speak positively about the sector”, says Hunter.

The Russian Pharmaceutical Industry is facing many regulatory challenges, new digital possibilities and is changing faster than ever before