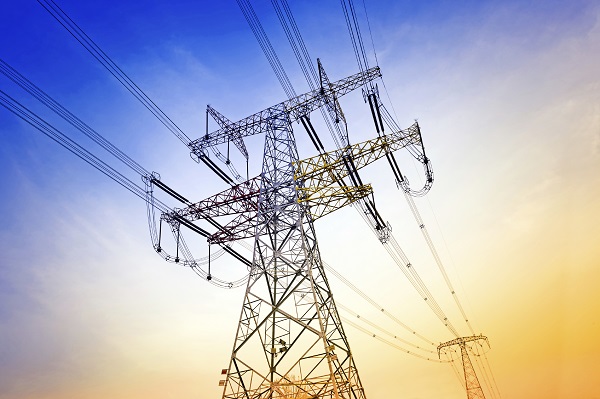 TVA was an early supporter of SMR development and is filing an Early Site Permit Application (ESPA) for its Clinch River site in Oak Ridge which will allow it to select a plant design at a later stage.

U.S. carbon reduction targets and the increasing use of intermittent renewable energy capacity could boost the value of SMR production in the decades to come, Stout told Nuclear Energy Insider's 6th Annual International SMR and Advanced Reactor Summit on April 14.

SMRs could be placed closer to population zones and while baseload profiles would maximize the output of the plants, they also have the advantage of being able to “load-follow” when required, he noted.

The continuing rapid expansion of renewables could make the load-following capability of SMR plants a valuable asset for operators in the coming decades, Stout said.

"Who can predict what the grid is going to look like 60 years from today? If you have the capability to load-follow, that may be very valuable," he said.

TVA's Early Site Permit Application is for a capacity of up to 800 MW through the deployment of two or more Light Water Reactor (LWR) units at the site, Stout said.

The application addresses safety, environmental and emergency preparedness conditions at the site, based on a “plant parameter envelope” approach, he said.

To build the application, TVA used information from the LWR designs by BWXT mPower, Holtec, NuScale and Westinghouse.

"We build a box around the parameters and we assess the environment impact against that...then we build our calculation and our analysis on that and submit our application to bound all of those parameters," Stout said.

Following the ESPA, TVA would take a specific SMR design and assess it against these parameters. Provided the design falls within the parameters, the early site permit can then be used for the combined build and operate license application (COLA).

While TVA’s ESPA is based on the four U.S. LWR designs, it could be used for a COLA for a different design, provided this design fell within the parameters set out in the ESPA, Stout noted.

The Early Site Permit "reduces the risk associated with future COLA costs, schedule, and it addresses some of the challenging regulatory policy issues that are important, for example Emergency Planning Zones [EPZs]," he said.

TVA is planning to submit two distinct emergency plans in its ESPA, “one for site boundary and one for two miles [beyond]," Stout said.

"Based upon the preliminary information which we've received from the four [technology] vendors, we are confident that all of them can be supported by a two-mile emergency plan and at least one has [the] capability of site boundary," he said.

The dose-based EPZ proposal would provide better public health and safety protection at the SMR EPZ boundary than a zone 10 miles from a large reactor, he noted.

The advantages of siting an SMR on the Clinch River site include its proximity to the DOE's Oak Ridge National Laboratory. The DOE has been a strong supporter of SMR development at Clinch River and is funding 50% of site development costs, including the ESPA and COLA costs through 2020.

TVA owns the Clinch River site, which benefits from access to 500 KV and 161 KV transmission lines, as well as a good local supply of skilled workers.

In its ESPA, TVA will demonstrate the “purpose and need” of SMR technology, including how an SMR plant can improve the reliability of power supply to large government facilities, Stout said.

Federal orders require DOE to acquire a certain amount of carbon-free electricity, and the improved safety proposals of small reactors will also be used to show the benefits of the designs.

The NRC will take two to three months to review the application, and is then expected to take around two and a half years to evaluate the full dossier, Stout said. This duration of the whole review process would depend on NRC resources.

SMR Start aims to establish and maintain an industry roadmap for the commercialization of SMRs and Stout warned that challenges remain for developers.

In particular, the technology faces strong competition from gas-fired power generation and the level of federal government support in addressing First Of A Kind risks for SMRs could play a key role, he said.

“We are developing the business case... With cheap natural gas it is going to be hard to compete head-to-head," Stout said.

“But today, looking forward we value the reliability, the clean energy, having the option for replacing the existing fleet...so we continue to invest because the option continues to have value.”