New US legislation has increased funding for Small Modular Reactor licensing and signals strong support for advanced reactor technology in the shift to low carbon generation. 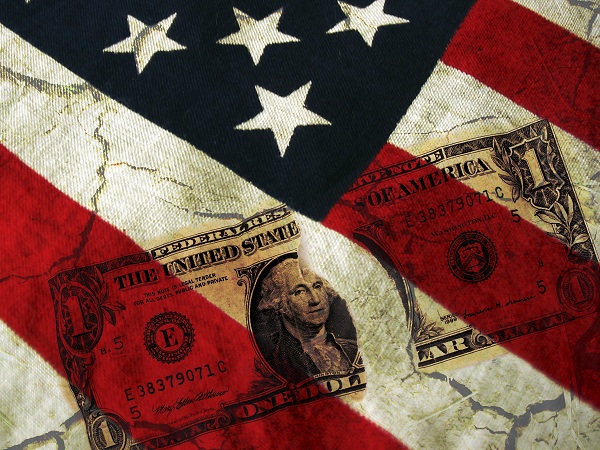 Within this plan, the government raised funding for SMR Licensing from $55 million to $63 million, signaling higher activity in SMR licensing this year. Funding for reactor Research and Development (R&D) rose from $133 million to $141 million.

The new funding boost came just a month after The White House announced its new Gateway for Accelerated Innovation in Nuclear (GAIN), designed to “provide the nuclear energy community with access to the technical, regulatory, and financial support necessary to move new or advanced nuclear reactor designs toward commercialization.”

Under the GAIN Plan, announced at a White House Summit on Nuclear Energy, the government is to increase its $12.5 billion loan guarantee program for innovative nuclear energy projects- including SMRs. The guarantees will also apply to licensing costs, such as design certification, construction permits and combined construction and operating licenses, the White House said in a statement.

“I am very encouraged that Capitol Hill recognizes that small and advanced reactors hold great promise as a future source of low-carbon electricity, a vital component of a diversified electricity portfolio, and as an export technology that can create many thousands of U.S. jobs,” Flint said in a statement January 7.

“We applaud the President’s new initiatives and have no doubt that they may benefit early stage advanced reactors that require substantial research and development to move them forward to commercialization,” Fred Moore, Executive Director Emeritus of Next Generation Nuclear Plant (NGNP) Industry Alliance, an alliance of High Temperature Gas-cooled Reactor developers, told Nuclear Energy Insider.

The nuclear pledges come on top of the Clean Power Plan, announced by President Obama in August, which is expected to see nuclear retain a 20% share of the US power generation mix by 2030.

“The recent White House Summit on Nuclear also sends a clear message about nuclear energy and its importance to the environment and energy,“ Moore said.

The development of SMRs has progressed significantly in recent years and has been boosted by global carbon emissions initiatives and national regulation which will cut coal-fired power generation in the coming years.

According to American think tank Third Way, there are presently six SMRs in development in the US:

NuScale is the largest single recipient of DoE funding for SMR licensing and development and the government’s support mechanism requires the group to execute testing programs in support of design development and NRC review requirements.

According to Tony Roulston, Lecturer Nuclear Energy at University of Cambridge, UK, NuScale’s application to the NRC will be the first real test for SMR technology maturity and a significant step towards the introduction of new SMR technology in US, UK and beyond.

Issues yet to be fully addressed include the control and monitoring of multiple reactors on one site, instrumentation and control systems for multiple reactors, and the expectation of much smaller Emergency Planning Zones (EPZ) than for larger capacity nuclear power plants, Roulston told NEI’s Small Modular Reactor UK conference last October.

A key argument by developers is that the smaller reactor core and other innovative safety features of the individual SMR designs means these plants require a smaller EPZ than the 10-mile radius required for the US’ operational Light Water Reactor fleet. The smaller EPZs would allow SMRs to be sited on existing power generation sites closer to densely populated areas, such as former coal power stations, and NRC agreed last year to develop design-specific guidelines for SMRs.

Giorgio Locatelli, Lecturer in infrastructure procurement and management at the University of Leeds, told the NEI conference the considerable work on EPZs already undertaken by NuScale highlights that licensing is a “discussion that takes a long time and takes money."

NuScale benefits from having major engineering and construction group Fluor as its majority stakeholder and the developer has projected it will take 3 ½ years to receive Design Certification approval after submission. The company plans to build its first commercial plant in late 2023 for owner-operator Utah Associated Municipal Power Systems (UAMPS).

SMR projects which have engaged in NRC pre-application work

In a bid to accelerate wider development, the government’s GAIN program includes the launch of a single point of contact for companies through the DoE's clean Energy Investment Centre, a database of nuclear energy infrastructure equipment and companies, and further support from the DoE on the Nuclear Regulatory Commission’s regulations and licensing processes.

The DoE will provide small business “vouchers” of up to $2 million per company to access the knowledge and capabilities of the DoE and will “work through GAIN with prospective applicants for advanced nuclear technology to understand and navigate the regulatory process for licensing new reactor technology," the government said.

The costs incurred in the licensing phase are considerable for all advanced technologies and will “require a Public Private Partnership (PPP) between industry and the federal government,” Moore said.

“A PPP is necessary due to the long lead time periods, and these lead times make the financial risk/reward a very real challenge for virtually every nuclear company. This is potentially exacerbated in the US due to the regulatory uncertainty still associated with licensing SMRs and advanced reactors.”

Proponents of SMR plants say innovations such as their high level of passive or inherent safety systems, and smaller modular design mean the licensing process can be streamlined.

Moore believes a streamlining of the regulatory procedures for new designs is absolutely crucial to support the development of advanced nuclear technology.

“Some of the tests (to gain approval) require significant time; more money won’t accelerate the process, but will ensure the tests are maintained and completed,” he said.