A year in, NuScale's SMR design license review remains "on or ahead of schedule" and the developer plans to select its preferred supplier group for the module fabrication by this summer, Jack Bailey, NuScale's Senior Vice President, Business Development, said at the 2018 International SMR and Advanced Reactor conference. 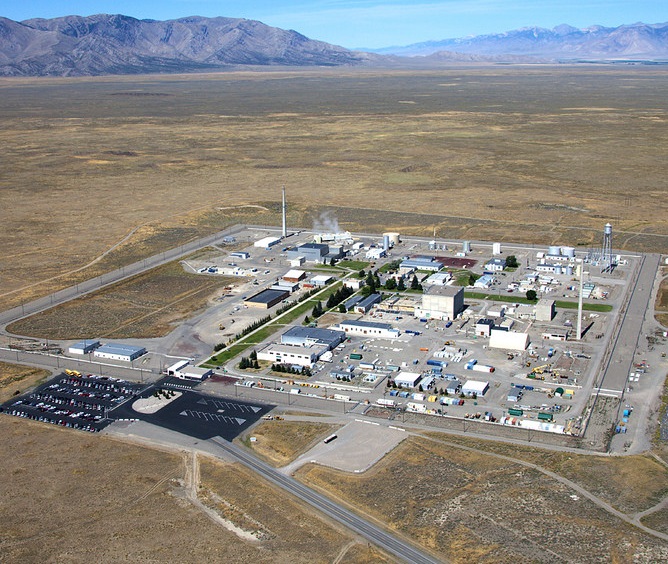 NuScale plans to build the first commercial SMR plant by 2026 on a site within the Idaho National laboratories' 570,000-acre grounds. (Image credit: INL)

NuScale is now over a year into the full design certification application (DCA) approval process for its IPWR small modular reactor (SMR) design.

NuScale filed the full DCA to the Nuclear Regulatory Commission (NRC) in January 2017, becoming the first SMR developer to file a full design licence application to the U.S. regulator. NRC accepted the DCA for review in March, setting out a 46-month schedule towards approval by early 2021. This would be the fastest ever licensing of a U.S. commercial reactor.

A year on from the filing, NuScale has completed most requests for information (RFI) requirements related to safety evaluation report and the DCA review is "on or ahead" of the schedule proposed by the NRC, Bailey told the conference in Atlanta on March 27.

Work is also progressing on the first combined operation licence application (COLA) for the IPWR plant. NuScale plans to deliver its first 600 MW commercial reactor to Utah Associated Municipal Power Systems (UAMPS) by around 2026. UAMPS has acquired a long-term commercial land lease for the plant within the 570,000-acre Idaho National Laboratory (INL) site.

NuScale expects UAMPS to complete the combined operation licence application (COLA) for the plant later this year, Bailey said. This would allow the COLA approval process to proceed in parallel to the DCA.

"[UAMPS] are in the process of getting their owners to sign up for that work now," he said.

NuScale is backed by Fluor, the Texas-based engineering and construction group, which took a majority stake in NuScale in 2011. The IPWR project received a major boost in 2013 when the U.S. Department of Energy (DOE) awarded NuScale up to $217 million over five years to support the development, licensing and commercialization of the SMR technology.

NuScale has estimated its first plant will cost around $2.9 billion to build, representing an overnight capital cost of $5,078/kWe.

The cost of subsequent plants would depend on factors such as the cost of capital, the spokesperson said. Back in 2015, NuScale estimated a FOAK cost of $100/MWh based on EIA assumptions, falling to $90/MWh or below for multiple orders.

The average LCOE for new gas-fired generation in 2017 was estimated at $60/MWh and coal-fired generation at $102/MWh, Lazard said. Estimates for wind and solar were $45/MWh and $50MWh, respectively.

SMR cost estimates vary widely between designs. This is illustrated in the below chart from the Canadian Nuclear Laboratories (CNL), following its recent Request for Expressions of Interest (RFEOI) for SMR deployment in Canada. It must be noted that comparisons between LCOE calculations can be difficult due to different assumptions.

NuScale is currently deepening supply chain ties as it moves towards the construction of the first commercial reactor.

Last year, NuScale launched the bidding process to find the best supply partnerships to build the NuScale power module. Earlier this year, NuScale shortlisted three vendor groups to build the module and it aims to select a preferred supplier group by the summer, Bailey said.

This will allow fabrication of the first module to be completed well ahead of commercial deployment, providing sufficient time to resolve any issues.

"Hopefully it will be fabricated by around 2020," he said.

NuScale believes its plants can be used for renewable energy load following and multiple applications at a single site, by assigning different roles to individual modules. This is supported by industry studies on wind load following, applications at oil refineries, desalination plants, and research projects in steam electrolysis for hydrogen production, according to NuScale.

The developer also believes its reactor could help improve grid resilience. The passive safety characteristics of the plant mean that it does not need grid connection to ensure safety, allowing the plant to provide off-site power for self-operation, micro-grid networks, or grid stabilization purposes.

The UK government is currently assessing the economics of different SMR designs and NuScale has formed partnerships with a number of UK research teams and suppliers. Earlier this year, NuScale notified the Canadian Nuclear Safety Commission (CNSC) it would apply for Canada's pre-licensing vendor design review. To date, 10 developers have applied to use the CNSC's pre-licensing review process, which allows developers to engage with the regulator at an early stage on new design concepts.

NuScale believes its advanced status within the NRC's design licensing process means it can go straight to phase 2 of Canada's pre-licensing program. In phase 2, the pre-licensing assessment goes into more detail on compliance and aims to identify any fundamental barriers to licensing the design.

NuScale is currently in talks with the CNSC over the scope of the phase 2 review, to ensure it can proceed efficiently, Bailey said.

"We will make the decision later this year on whether we fully proceed with that or not," he said.

NuScale's progress through the NRC’s DCA process will be closely watched by other SMR suppliers preparing to submit new designs.

SMR developers should conduct extensive pre-application dialogue with the NRC to ensure progress through the early stages of the DCA, Bailey told the conference.

“If you don’t do that, you are going to struggle with the initial reviews and interactions that you have with them,” he said.

NuScale has also applied learnings from delays to AP1000 construction projects at Vogtle and V.C. Summer that were driven by the level of design detail provided during licensing. NuScale chose to minimize detail in the DCA, where appropriate, to minimize the risk of delays and cost overruns, Bailey said.

“If you put too much there it’s going to hurt you during construction,” he said.

The NRC is under pressure to accelerate the licensing process for new reactor designs to minimize development risks. In particular, the U.S. nuclear industry recently called on the NRC to accelerate implementation of an incremental licensing process for non-light water reactors, to reduce development risks and curb an exodus of firms to more supportive regulatory regimes.

The NRC has already introduced a more risk-informed approach to certain parts of the DCA review, mainly due to the larger safety margins offered by SMR technologies, Bailey said.

"We are seeing some results from that. That is why they are on or ahead of schedule in the review in a lot of areas," he said.