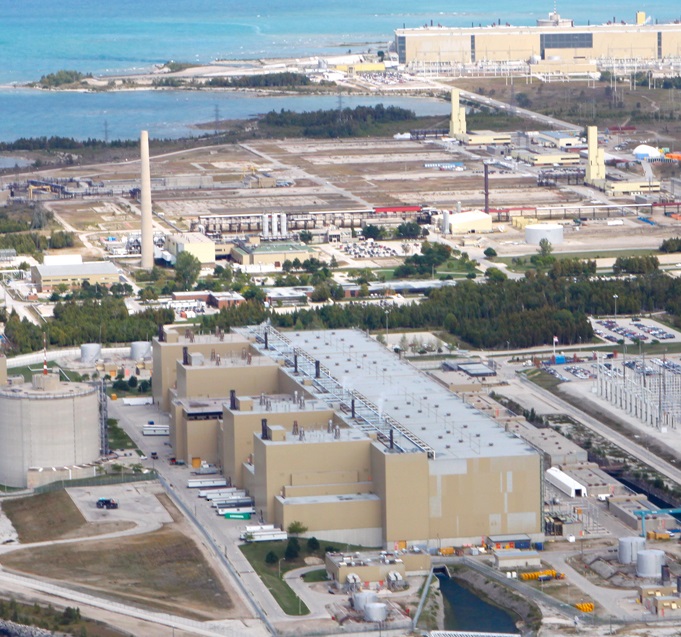 Bruce Power's offtake contract with the Ontario grid operator will support a suite of investments designed to improve competitiveness.

Bruce Power’s eight Canada deuterium uranium (Candu) reactors have a total capacity of 6.3 GW and supply more than 30% of Ontario's electricity from a site situated north-west of Toronto.

The offtake contract allowed the company to announce a CA$13 billion 15-year refurbishment program, including digitization projects, to extend the lifespans of six plant units by 30 to 35 years.

"In the short-term, between 2016 and 2020, the company will be investing approximately C$2.3 billion (C$2014) as part of this plan. This is incremental to the company’s ongoing financial investments to sustain eight units of operation," the company said.

The plan will increase interdepartmental collaboration between engineering, IT and outage operations, she said. Diverse groups will develop and execute in parallel standards and best practice that fully exploit digitization.

“This is driving real business benefit as we avoid duplication of effort, and manage our talent through shared succession plans and skills transfer,” Shortreed said.

South of the U.S.-Canada border, operators have called for more price support for nuclear power generation after a slump in wholesale prices on the back of low gas prices and rising renewable energy capacity.

Operators have announced the early closures of California's Diabolo Canyon, Nebraska's Fort Calhoun and Illinois’ Clinton and Quad Cities plants in recent months. The Nuclear Energy Institute (NEI) has called for operators to cut costs by 30% by 2018 and fast track the digitization of systems.

Bruce Power has benefited from the inclusion of nuclear power in Ontario's Long-Term Energy plan but U.S. states have been reluctant to commit to a long-term price support mechanism for nuclear power, despite the prospect of higher carbon emissions from replacement fossil-fired units.

New York State has implemented a new Clean Energy Standard which will support lifespan extensions for three plants, but Bob Mancini, co-head of the Carlyle investment group's power division, said October 25 that a lack of support in other states could spell the end for nuclear power in the U.S.

Mancini said that without incentive measures for existing or new plants "we will see the end of the nuclear industry in the next coming decades," Bloomberg reported.

Operators must leverage data generated by the latest digital technology while maintaining a commitment to highly skilled workers in order to maximize gains, Shortreed said.

The third track involves a tooling strategy. The company has already invested in robotics projects such as the Bruce Reactor Inspection and Maintenance System (BRIMS) unveiled in July 2015.

Operators must seek to capitalize on the ability to extract and combine data from separate components and perform Big Data analytics to gain additional insights into states of repair, Shortreed said.

New equipment such as smart valves can have a direct impact on performance, she said.

“A ‘smart’ valve can be calibrated to work more precisely than its analogue forerunner. It will maintain its set point more accurately, driving higher generation time and increasing revenue. When we combine this valve with a modern work management system, which recognizes the appropriate maintenance based on information from the valve, and with predictive analytics then we can also save unnecessary maintenance costs.”

The BRIMS equipment has halved inspection times and reduced the time required to set up the fuel channel from between 12 and 24 hours, to between 4 and 8 hours, according to the company.

In addition, high-speed live data streaming can be collected during one inspection pass of the fuel channel. Engineering algorithms are also being developed for the data to be used in calculating predictive maintenance, Shortreed said.

Bruce Power plans to leverage operational experience of the BRIMS technology and apply this across all its plant units.