A new infographic from Qwaya offers some great insight if your corporation is attempting to build its profile on Facebook. As Qwaya explains: “In this infographic we’ve outlined all the options you currently have when building a target audience on Facebook. Hopefully it can help shed some light on the opportunity that awaits when trying to reach the people that really matter to your business.” 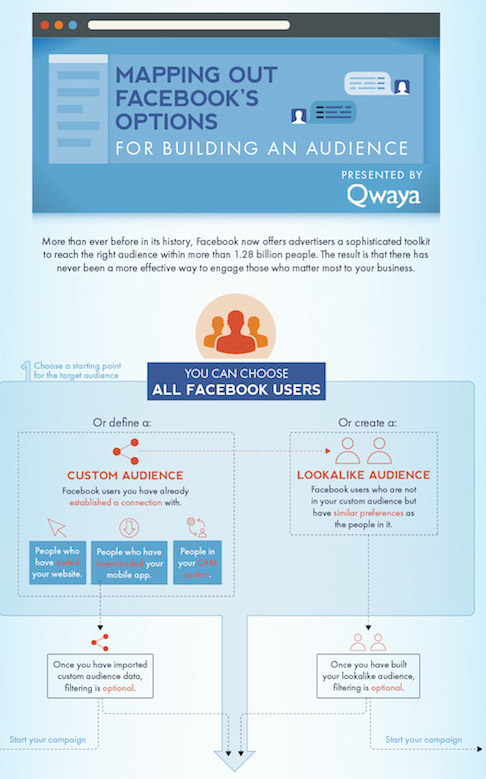 Social media has transformed how consumers watch television. According to new research from YouView, just under a quarter (27%) of respondents actively avoid social media when catching up on their favourite shows. However one in seven get show recommendations from their social networks, with 16% engaging in discussions over their favourite social media channels.

Susie Buckridge, director of product at YouView said: “There has never been a greater choice of TV available to watch and more ways to watch it on, so it’s interesting to see how viewers are clearing a path through the maze of shows being aired. Whether taking recommendations from social media or being influenced by family and friends, it appears the personal touch is the key to helping decide what’s worth turning on and what we should just switch off.” 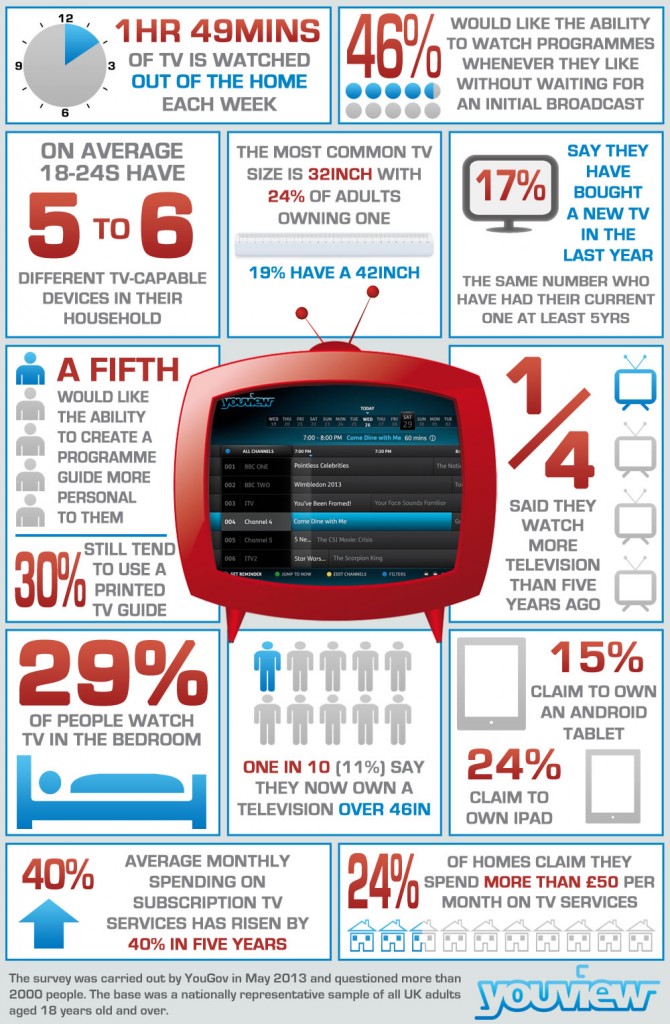 According to the Multichannel Customer Experience Study, carried out by software solution company Eptica, retailers continue to perform poorly when it comes to responding to Twitter enquiries. Just a third of leading brands including Currys, Waterstones and ASOS only effectively responded to enquiries via Twitter. Email continues to be the most effective way to engage with a UK retailer with 63% of questions responded to according to the study.

Says Olivier Njamfa, CEO and co-founder, Eptica: “The retail sector has been revolutionised by the expansion of digital channels, meaning retailers have to answer more questions, across more channels, than ever before. However, our study shows that, while some retailers are leading the way, many are failing to deliver fast, accurate responses and consistency across channels.”

Retailers in particular should clearly understand that multi-channel connections with consumers are now the norm. However, studies like this indicate that corporations in the retail space are not evolving their customer communications – instead relying on traditional channels such as email and their websites. For retailers to thrive they must rapidly develop the social aspect of their customer engagement.

The use of mobile device to access social media networks has been constantly expanding over the last few years. According to the latest mobile behaviour report from Exact Target, Only 53% say they liked or followed a brand on social media from a mobile device in the past six months. Also 46% of consumers report that brands don’t provide meaningful content on social media.

“Using smartphones and tablets to peruse social networking sites is common; 75% of consumers do this at least once a day on their phones, and 64% of tablet owners use a tablet to access social media at least once a day,” the report says. “While social media is a common destination for the majority of mobile users, liking and following brands on social media using mobile devices isn’t as common. Also, 53% of consumers say they’ve liked or followed a brand using a mobile device in the past six months, as shown in the chart below.

Use social to get closer to your customer. The Corporate Social Media Summit is your one-stop-shop for all the latest social media insight and best practice.