Part 1: Probing into the Actuarial Mindset and Challenges 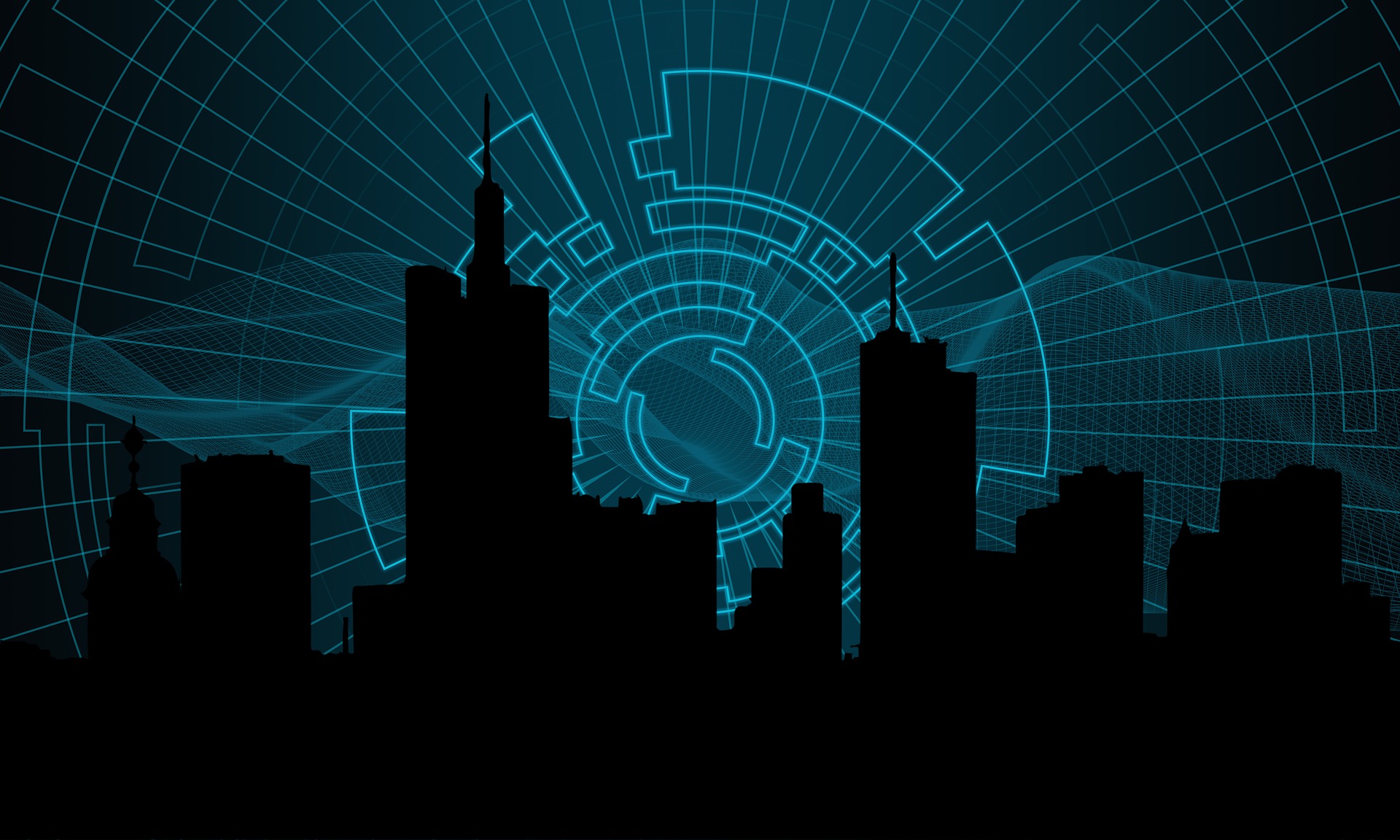 The future of actuaries cannot be ascertained without looking at the macro "meta-trends" working in the larger scheme of things... In the first post of a new series on The Exponential Actuary of the Future, which outlines multiple scenarios for the future of the actuarial profession, we look at the actuarial mindset: describing the social content of insurance, actuaries and the challenges that actuaries are facing for the future.

On the Social Context of Insurance and Actuaries

Actuaries were the original data scientists (apart from intelligence societies in the militaries) and insurers were innovators of their times in being data-focused when there were not even calculators and computers. But on a deeper level, what was the origin of actuaries? How did this profession come into being? Actuaries and insurance have a social context to their origins, and it is necessary to explain that.

These are perspective-changing and incredibly invaluable excerpts from the essay “insurance and risk‟ by the philosopher Francois Ewald for defining insurance in its social context. In few sentences, Francois is gracefully able to explain the underlying mechanisms that take a whole life to experience and realize.[1]

“Insurance designates not so much a concept as an abstract technology. Using the vocabulary of the nineteenth-century actuaries, economists and publicists, we can say that the technology of insurance is an art of 'combinations'. Not that insurance is itself a combination, but it is something which, on the basis of a technology of risk, makes possible a range of insurance combinations shaped to suit their assigned function and intended utility-effect. Considered as a technology, insurance is an art of combining various elements of economic and social reality according to a set of specific rules. [...]

The particular form insurance technology takes in a given institution at a given moment depends on an insurantial imaginary: that is to say, on the ways in which, in a given social context, profitable, useful and necessary uses can be found for insurance technology. [...] Insurance technology and actuarial science did not fall from the mathematical skies to incarnate themselves in institutions. They were built up gradually out of multiple practices which they reflected and rationalized, practices of which they were more effects than causes, and it would be wrong to imagine that they have now assumed a definite shape. [...]

Insurance can be defined as a technology of risk. [...] As a technology of risk, insurance is first and foremost a schema of rationality, a way of breaking down, rearranging, ordering certain elements of reality. The expression 'taking risks', used to characterize the spirit of enterprise, derives from the application of this type of calculus to economic and financial affairs. Rather than with the notions of danger and peril, the notion of risk goes together with those of chance, hazard, probability, eventuality or randomness on the one hand, and those of loss or damage on the other - the two series coming together in the notion of accident. [...]

The insurer’s activity is not just a matter of passively registering the existence of risks, and then offering guarantees against them. He produces risks, he makes risks appear where each person had hitherto felt obliged to submit resignedly to the blows of fortune.  It is characteristic of insurance that it constitutes a certain type of objectivity, giving certain familiar events a kind of reality which alters their nature. By objectivizing certain events as risks, insurance can invert their meanings: it can make what was previously an obstacle into a possibility. Insurance assigns a new mode of existence to previously dreaded events; it creates value [...]

Insurance is one of those practices linked to what Pascal called the 'geometry of hazard' or 'algebra of chances' and is today called the calculus of probabilities.”

Challenges for actuaries: a perfect storm of factors

In 2015, actuary was the number 1 job at careercast.com. This rating rapidly fell to 10th position in 2016, with data scientist becoming the number 1 job. In 2017, actuary was rated as 11th top job.[2] Isn’t this scary? And does it represent a temporary downgrading or irreversible shrinkage?[3]

William Halal is a professor emeritus at George Washington University and founder of TechCast Global Inc., a research corporation that uses collective intelligence from 150 expert futurists to forecast the future. TechCast Global predicts there is a 60 percent probability that, in the next 10 years, artificial intelligence will be good enough to eliminate routine intelligence work, Halal said. “More sophisticated artificial intelligence systems mean computers will handle the routine work of actuaries, thus displacing the number crunching role,” he said. Actuaries will have to think of their function in industry minus the trademark tasks that many have been doing.[4]

Actuaries must adapt and acquire new roles as the old ones become redundant. “I think disruptive technology is going to diminish the need for actuaries unless we embrace it in a way that shows value,” David Snell, technology evangelist at RGA Reinsurance Co., Inc said. “Some people do not want to rock the boat, but others of us think if we don’t we will become obsolete.”

“The whole world is going to change,” Halal said. “It will be a catastrophic, more turbulent world.” In that world, different professions will be engaged in a struggle to determine the survival of the fittest, Halal said. The winners will be those who not only embrace technology but also can weld it into new opportunities.

The challenge, and the promise, for the actuarial profession is managing a shrinking world in which connections among the data — and the size of the data — are expanding exponentially.

Today, actuarial teams are still integral in financial services; however, their role has become relatively more compliance-focused. Their contribution to broader business and strategic decisions has diminished. Actuarial teams have moved towards reporting and maintaining of models rather than strategic insight generation. Furthermore, underinvestment in actuarial teams over time, combined with the resourcefulness of the actuaries, has resulted in a generation of actuaries who are not well equipped to meet the strategic needs of the organization. A huge proportion of actuaries are set to retire and there is little that can fill that gap made up of years and years of experience.[5]

Actuaries are head-on in regulatory, compliance and operational work but their mode of operation is still linear and not exponential. Actuaries need to hone their strategy skills more than their spreadsheet skills. The latest technology can be utilized to minimize the time gap between thought and execution so that actuaries can start focusing on making actionable insights. [6]

For the actuarial profession, this is an opportunity to foster the perception of commerciality and agility while keeping the existing reputation for high standards and technical excellence. Actuarial functions are at risk of becoming a compliance function, unless individual actuaries, actuarial functions, and the profession undertake a fundamental transformation.

Current actuarial functions are at full capacity but not at full potential, with the key driver being outdated tech stack, being handcuffed by legacy systems, lack of skills in data science and failure to adopt a strategic mindset. We should not think that ‘actuarial judgement’ is a priceless black box made possible solely by intuition of human beings; it is logical process that can be broken down into many sub-processes to be then automated.[7]

The strategy and path that got us into this present and the past, is not necessarily the one that will be good for our future. At its heart, the failure to adapt - substantial to date - is a failure of imagination on the part of actuaries as to what could be done instead of only what is currently being done. We have to focus on strategic leadership instead of being number crunchers living in their own objective reality. We have to essentially inspire people, systems, and practitioners and spark their imaginations to bring in more creative solutions to our problems. How are we, as a profession, realigning our structures around disruptive innovation?[8]

It is easy to dismiss these thoughts as fantasy as there is a clash of mentality between the hopeful futurist and the skeptical actuary; but then again, it’s easy to underestimate the pace of change as change does not happen in a linear manner. “In retrospect, all revolutions seem inevitable. Beforehand, all revolutions seem impossible.” That observation, attributed to Michael McFaul, former US Ambassador to Russia, is just as applicable to business and economic revolutions as it is to political ones.[9]

It may sound illogical, but organizations get disrupted not by doing the wrong thing, but by doing the right thing. The long list of companies that have fallen victim to disruption includes firms that dominated their industries for decades. They were often ruthlessly competitive, relentlessly focused on the market and led by competent strategic thinkers.[10] In many ways, they succumbed to disruption not despite, but because of, that focus. We need someone to have a vision of potential irrelevancy and to ask questions related to a reality that is yet to emerge. To quote Nietzsche, you must have some chaos within you to give birth to a dancing star.

We need to have a vision and build a new system collectively. It’s easier to stay in our comfort zones by implementing new regulations (IFRS 17, 9 and many more) but we have to shift from regulatory-based innovation to technology-based innovation to futureproof our profession.

See also: Artificial Intelligence and the Actuary of the Future

[3]The actuary magazine; Vicki Zhang; 5 Sep 2013; “Actuaries the next luddites?” Available at: http://www.theactuary.com/features/2013/09/actuaries-the-next-luddites/

[8]EY; the upside of disruption; megatrends shaping 2016 and beyond

[10]EY; the upside of disruption; megatrends shaping 2016 and beyond

⏰With 2023 fast approaching, a rise in inflation and customer demands remain front of mind, but the word on everyon… https://t.co/6jXU2gNg4k

Have you read our latest whitepaper yet? ‘Data-Driven Insurance: A Model for Better Decision-Making’ features persp… https://t.co/Kl56rMrqPp

An abundance of data is one certainty insurance can rely on, but unlocking the true value for your customer comes w… https://t.co/Fr6WFClZfS