Petrochemical plants and refineries, customers of the North American freight railroad industry comprised of seven class I railroads and employing some 170,000 people, expressed relief at the start of December 2022 that U.S. President Joe Biden and Congress prevented a strike that would have started within eight days. But some railroad unions ended up very disappointed with the government. 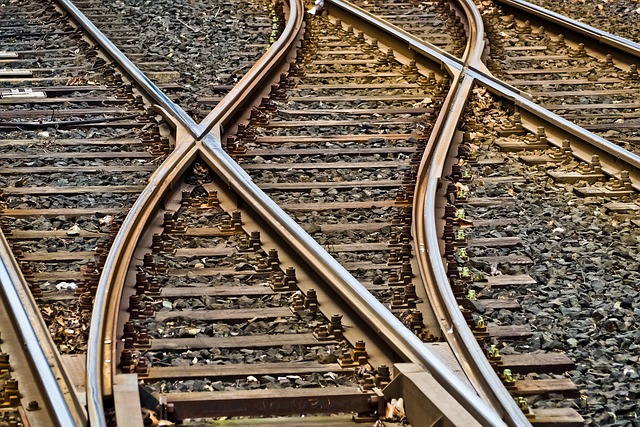 "Earlier this week, our industries started to receive notice of service curtailments ahead of the strike. With Congress's intervention, we look forward to a full return to normal service, said Rob Benedict, vice president of midstream and petrochemicals with the Association of Fuel and Petrochemicals Manufacturers (AFPM), according to a Dec. 2 statement.

The AFPM released the statement at about the same time after Congress passed, and U.S. President Joe Biden signed, a resolution that prevented an announced nationwide rail strike over remaining disagreements between railroad owners and their workers related to the lack of sick pay.

“We commend the Senate for quickly approving a bipartisan legislative solution that will prevent a major disruption of chemicals that are critical to everyday life,” separately said Chris Jahn, president and Chief Executive Officer of the American Chemistry Council (ACC).

“We also thank the members of the House for their hard work earlier this week and President Biden for directly engaging with Congress to help find a solution,” Jahn added.

Nearly 950 million tons of chemicals were shipped in the U.S. in 2020, according to the ACC, a guild of domestic and foreign chemical producers with U.S. presence that includes 190 members.

On Dec. 1 the U.S. Senate acted to avoid a strike that would have started within eight days by forcing unions to accept a tentative agreement announced in September. It made a railroad worker strike illegal by an 80-15 vote, according to an NPR report. The Senate also voted to reject paid sick time demands, it said.

The agreement came just before a Sept. 16 deadline to reach accords on their own without intervention. The September accords were to give rail workers a 24% wage increase during the five-year period from 2020 through 2024, including an immediate payout corresponding to portions of the increases for the years 2020 and 2021 to be paid immediately.

Over the course of the contract, "average railroaders will receive a $16,000 immediate payout" and increase wages and benefits to $160,000 per year, the U.S. Association of American Railroads (AAR) said on Dec. 1.

“The Senate acted with leadership and urgency with today’s vote to avert an economically devastating rail work stoppage,” said the AAR President and CEO Ian Jefferies.

The accord will maintain some of the best healthcare plans in the nation, railroad owners added.

The agreements “provide an additional paid personal leave day per year (…) continue to provide multiple options for time off (…),” the association of railroad owners said.

Some representatives of organized railroad labor were dissatisfied, particularly as expectations had been high with Biden.

Ron Kaminkow, secretary general of the Railroad Workers United workers union since 2008, said on Dec. 1 during an interview with internet news program Democracy Now!, that most unionized members reject the deal, as well as Biden´s actions.

“Unions that represent 55% of rail labor have voted this contract down and so we could have seen Biden actually opt to telling Congress he would like to see Congress pass legislation that mediates an end to the conflict under more favorable terms to the workers,” Kaminkow said.

“Railroad workers have traditionally had no sick time and now with very harsh attendance policies that we are faced with, rail workers get very little time off (…) We´ve seen workers leaving the industry in droves (…),” added Kaminkow, hired as a brakeman by Conrail in 1996.

“The wealth that has been accumulated by these rail carriers over the last quarter century, while they have moved less freight than they did 16 years ago, shippers from practically every shipper group that ships by rail is in a state of total discontent. They have complained vociferously to the Surface Transportation Board demanding better service,” he said.

“They shed themselves of about a third of their employees,” during that time, Kaminkow added.  “There is a lot of upset and a lot of discontent among rail workers,” he said.

Running on almost 140,000 route miles, the U.S. freight rail network is one of the biggest in the world. The nearly $80-billion freight rail industry provides over 167,000 jobs, according to U.S. government data.

Compared with other major modes of transportation, railroad owners invest one of the highest percentages of revenues (19%) to maintain and add capacity to their system, spending nearly $25 billion annually, according to the U.S. Department of Transportation´s Federal Railroad Administration website.

“With Congress's intervention, we look forward to a full return to normal service. It is important to note, however, that 'normal service' is still incredibly bad and increasingly expensive for shippers and consumers,” said Benedict, the AFPM´s vice president of midstream.

“With the threat of a full work stoppage off the table, the next Congress must elevate the long-overdue issue of freight rail reform to finally correct these abuses of service," he added.